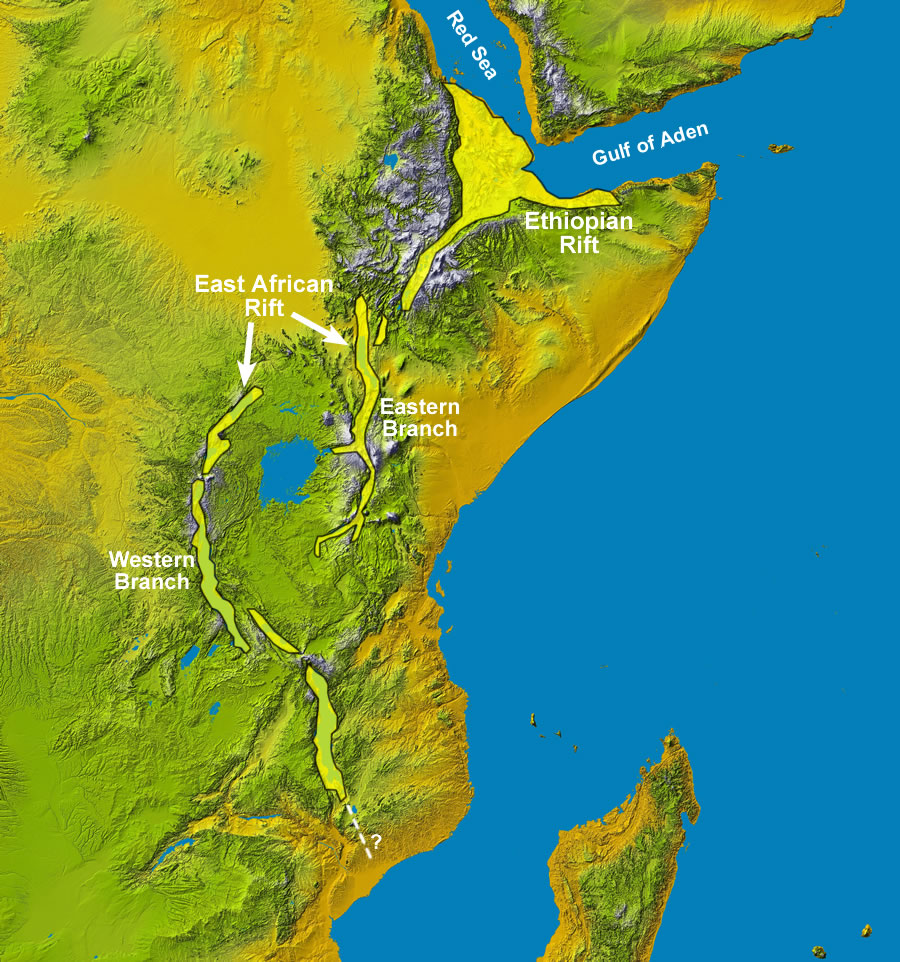 The East African Rift system made up the western and eastern continental rifts, and stretches from the Afar region of Ethiopia down to Mozambique. It is an active continental rift that began millions of years ago, splitting at 7mm annually. The regular eruption of volcanoes along the rift and new insights into the break up of continents adds to the belief that the continent may be splitting to form a new ocean.

East Africa is home to several visible geographical wonders that have attracted tourists to the area. These include Lake Malawi and Tanzania’s Lake Tanganyika—respectively, the fourth largest freshwater and the second deepest lakes in the world. It also includes active volcanoes such as the Ol Doinyo Lengai in Tanzania, and the DallaFilla and Erta Ale in Ethiopia.

The Erta Ale stands out as one of the world’s most active volcanoes and one of the only eight and possibly the longest-existing lava lakes in the world.

In a recent study, the Victoria microplate, which lies between the eastern and western branches of the Rift, was found to be rotating counterclockwise for the last two years with respect to the African Plate—the major tectonic plate constituting most of the African continent. This microplate was found to rotate in the opposite direction to all the other neighboring microplates in the region.

The fallout from the global downturn caused by Covid-19 could be devastating for Africa—but might also lead to some positive, transformative effects.

Learn more about Africa after Covid-19

While this gives researchers new insight into the splitting process of the East Africa Rift system, the “Y” shaped end of the rift at the Afar region is getting more attention, as to where an ocean will likely be formed if the splits continue. The “Y” shaped junction is where the African, Somalian, and Arabian tectonic plates meet near Djibouti and Eritrea and it is associated with active volcanos including the Erta Ale volcano.

Researchers believe the volcanic activity in the region suggests a rift-to-ridge transition. The Erta Ale has been erupting constantly for over 50 years and it is believed that as the Erta Ale continues to erupt, a new narrow ocean basin with its mid-ocean ridge will be formed.