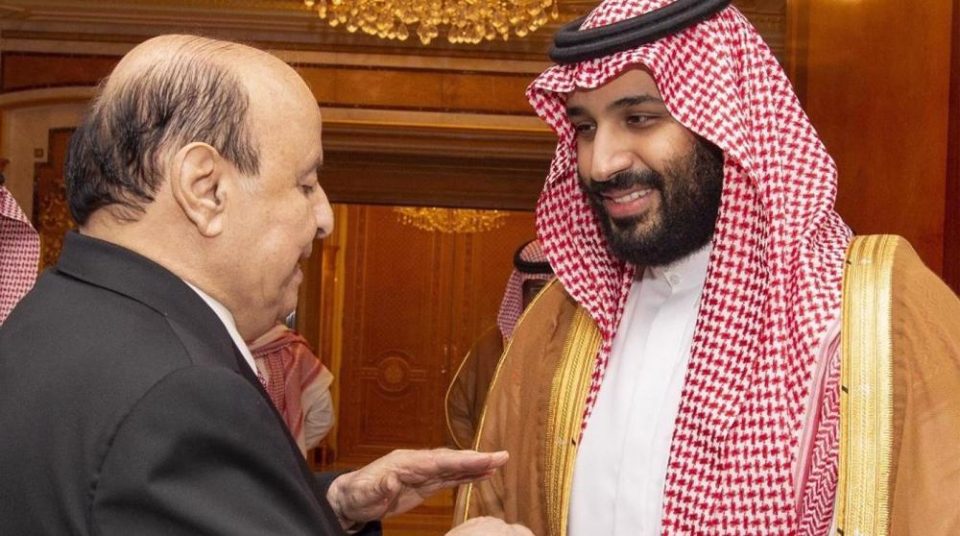 According to reports, the meeting was held in Riyadh without the knowledge of Saudi Crown Prince Mohammed bin Salman or any Saudi officials
May 03 2022

The meeting was reportedly held in Riyadh without the knowledge of Saudi Crown Prince Mohammed bin Salman (MbS) or any Saudi officials.

Sources indicate that MbS “expressed his outrage” before forcing Hadi to resign from office, with his two sons being placed under house arrest.

On April 7, Hadi officially declared that he delegated his powers to a Saudi-appointed “presidential council.”

“I delegate to the Presidential Leadership Council my full powers in accordance with the constitution and the Gulf Initiative and its executive mechanism,” Hadi said during a televised address.

The Wall Street Journal (WSJ) cited anonymous Yemeni and Saudi officials who said MBS provided Hadi with a written decree that authorized the transfer of his authority to the presidential council on April 17.

According to the WSJ, this was implemented after Saudi officials threatened Hadi with disclosing evidence regarding his corruption as the former president of Yemen.

MbS then told Sullivan that the US could forget about its request to boost oil output in response to the accusations, despite Washington  facing a severe fuel crisis that came as a result of harsh US sanctions imposed on Russia.

Despite pleas from the US administration for OPEC members to boost their oil output, major OPEC members like the UAE and Saudi Arabia have both snubbed Washington’s requests in order to protect their ties with Moscow.