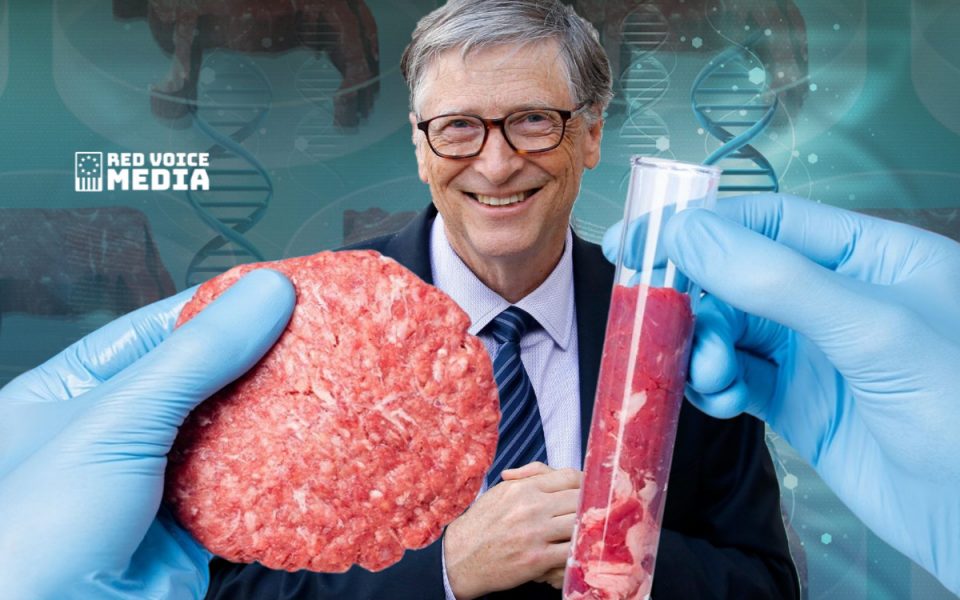 During the 1990s, Monsanto Corporation’s devastating attack against farmers; their genetically-modified Frankenfoods and their neurotoxic pesticides inspired people to push government into legislating certification standards for foods.

But thanks to Big Pharma, Bill Gates and pop culture media brainwashing, Monsanto still stands strong and is ready to take complete control of your food supply with the help of the same powerful families and foundations who already control the money and the energy.

Their plans to do so are comprehensively laid out in a recent report published at Corey’s Digs.

The indoor vertical farming industry, which is a highly-innovative and efficient method is being funded by Bill Gates and pushed by the World Economic Forum as a replacement to conventional outdoor farming.

Aerofarms is the industry leader in vertical farming and they also co-developed the first CRISPR gene-edited produce product and worked with the NIH to produce proteins for the deadly COVID vaxxines.

Aerofarms makes it clear that they are not conventional gardeners. They’re all about synthetic food products, which is clearly the trend in this growing industry.

Monsanto is creating specially-tailored genetically-cut seeds for these vertical farms and the University of California is developing a plant-based mRNA vaxxine that farms can grow in heads of lettuce, which happens to be the main crop of these new farms.

These GMO farms already provide food at major outlets, including Kroger, Walmart and Whole Foods and are massively expanding.

And it’s not only fresh produce that’s getting genetically-modified. The USDA and FDA have already approved genetic modifications on pigs, salmon and cattle. And they have approved synthetic lab-grown meat.

Bill Gates’ Good Food Institute plans to reimagine meat production with $10 million of support from the USDA. But in order to make their Big Pharma food supply the new American model, they will need a major crisis.

The 2020 lockdowns distressed the supply chain, which was further affected by US sanctions against Russia. This has created a food shortage crisis.

Add to that, over a dozen food processing plants been mysteriously been destroyed in the past several weeks, as well as several fertilizer plants during a major fertilizer crisis.

And when the people demand a solution, as it turns out, Bill Gates is heavily-invested in alternative fertilizers and is also a chief stockholder of the Canadian National railway, who claims to be helping the fertilizer market grow.

Perhaps Bill Gates and Monsanto will volunteer to save everyone with their new gene-edited bacteria fertilizer and maybe it will backfire, like it did in Africa, when after 15 years of trying to help, all Gates and Monsanto accomplished was increasing starvation by 31%.

But that’s OK, because it’s Monsanto-Bayer to the rescue, with their Big Pharma food factories with brand new mRNA vaxxine lettuce.

And as if this wasn’t bad enough, the stated goal of this new Frankenfood industry is to make all food traceable and that means coating it all in nanotech.

The original source of this article is Forbidden Knowledge TV

Russia Dealing with Neo-Colonialism in Africa