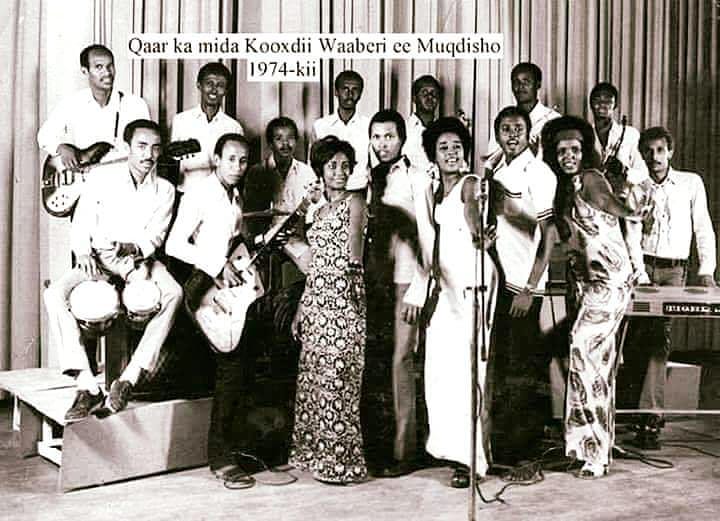 Music. . .there is no greater form of celebration or praise to the very essence of its name. Music 🎶🎶🎶 is the voice of the Heavens. It moves through impossibilities, and nurtures forgotten spaces, or those deemed “unnourishable.” Through the very blessings of music, alone, we have the power to reach that higher love. Through music, and the holistic wellness of its Being, humanity has the power to reach Heaven’s gates; calling for the blessings of Heaven to Earth. That’s the power of the sensory elixir. Music 🎶🎶🎶 is medicine in every way. It is medicine. And when it blessed the land, we observe a different form of healing, that the world has never seen. Music 🎶🎶🎶 is the voice of Heaven. It is through this magnanimous power, where the very vibrations of Earth’s sensory can be felt. To a great level, and richer scale, Mother Nature is titillated through the voice of music. Something about a vocal remedy, an instrument, the performance of a chamber sound, a collective of voices, or a collective of instruments, where people are given the power to move through deeper vibrations and energies, which cleanses the Spirit. Recycling nutritious energy. Removing toxins, so that one’s very purpose and Being is consistently shaped. through the sweet tastes of Heaven on Earth.

Somali-a land known as ancient Punt. It is a nation of her/history, where riches and perfumes were ever flowing. An ancient Mother tongue, which titillated the sound of ancient her/history. One thing is for sure. When you hold onto your Mother Tongue, no matter what happens, there is always hope. A people’s future, sense of Being always connects to their sound, and how they have crafted their sound, in connection with the Universal Heavens of gardens domain. That’s the blessing of language.

The nation of Somalia has gone through many trials and tribulations. It has gone through many challenges. Whether they be economic, political, and societal, there was a lot, and is a lot to overcome. An unfortunate reality is that people had rather focus on painful images of Somalia, as opposed to those hidden jewels, in which many have forgotten. Yes, Ladies and Gentlemen! Even in the midst of discomfort and sorrow, there are always beautiful images, scents, and sounds to be found. They are those sacred havens in the middle of an oasis. In the very comforts and nurture of Earth’s spacing, they are the reminders of their being a higher love. Furthermore, spaces of comfort, where music 🎶🎶🎶 rests in color, are reflections of our ability to reach Universal domain. They are reflections of that level of greatness humanity could achieve, on a spiritual realm, in order to elevate humanity. When Earth’s energies of humanity are elevated, there is a rising of nations. That invisible lining, when once increased, cleanses the Earth, harmonizes the atmosphere, and bridges serenity across the land.

For the nation of Somalia, there was one group, who kept that spiritual nutrition, alive! They traveled through different spaces of Somalia, and overseas. Spreading their musical elements of love’s delight throughout Somalian domains, in order to feel another aura, and way, for Somalia to be. That such group was none other than. . .

The group consisted of different phases. They are comprised of different elements. Dancing. Singing. Musical instruments. There were different coloring, patterns, and designs within their performances. Another phenomenon was their ability to gain popularity, in the use of their Somali language. In this very nature, they were authentic. Exposing their hair and wearing traditional attire of Somalia’s Earthly vegetation, there was a sense of re-birth and renewal for Somalia. One of the most loving and nutritious things that a people can do for themselves, is to celebrate the cultural reflection, birthed from their own existence. Even certain dances used in their performance, were traditional forms of culture for Somali people. In sticking true to their roots, they have preserved the identity of Somalia. Its sacred. Its memorable. Its beautiful! Waaberi is a national treasure for the wellness and sacred preservation of Somalia, and her people.

One of the benefits and sacred realms of using one’s cultural musicianship for ambassador is image. For many people, around the world, Somali people are associated with the political. Rarely are people exposed to their culture and cultural aesthetics. In fact, the very term Somalia, is depicted in mainstream media as a no-man’s-land, filled only with piracy, theft, terrorism, FGM, and other ills of society. Outside of famous models, the unique beauty and bone structure of Somali women, and the fashion world, beautiful things of Somalian landscapes have gone unacknowledged. Its why groups such as Waaberi are so important. They remind the world of that beauty, which has not been reflected on mainstream media. Traveling the world and performing one’s cultural contribution to Universal aesthetics, places one’s humanity and creativity back into the forefront. You present a different image, taste, scent, and aura of your people. Furthermore, a person is given the atmosphere, a platform, to reflect their stories as they see, experience, and craft them. When a people of a culture, represents the culture, then the authenticity of that culture remains in tact. The authenticity of the Mother image, also remains true in the closest reflection, as designed by herself. When a people have affirmed themselves, in their truest reflection and liking of self, they have granted themselves foundation and serenity. That’s the blessing in disguise.

Waaberi initially consisted of over 300 members. While performing in the Arabic and English languages, they kept their Somali tongue, as the focal point for their representation. It was simply too important to present their language, as being surrounded (and having the ability to birth) by creativity. Language is symbolic with the ability to produce something on Earth, as sound is transferred to the Universe. Such is very intrinsic and important, when it pertains to the value of a language in the eyes of the international community. Is joy, love, passion, romance, and creativity associated with a language, and how a people have adjusted sound to reflect their image, and overall existence?

What is phenomenal about the group Waaberi is their use of their musical traditions in presenting their sound, their Mother Tongue, as beautiful. Its one of the most sacred arenas of human genius. Such genius is needed moreso now, than it has in prior times, for the nation of Somalia. A revitalizing, presentation, and depiction of Somalia musicians, in their natural state, must be made more vigilant on the mainstream television stations. Its needed in order to re-nourish Somali lands. It is a necessary to remind the world, that in the Somali language, there is love, healing, and poetry. Furthermore, there needs to be more musical touring of authentic, Somali musicians, and artists, who wear their culture, and wear it, well.

Looking back at the her/history of Waaberi, and it’s initial formation, a person can only imagine the sensory of Somalian landscapes, during that time. What was life like in Somali, during that time? What energies were circling within that timeframe-in this particular sector of Earth’s vegetation-for the such a group to bloom and blossom?

The group began in the 1960’s. Brief history and research indicates that they were founded individuals of the Radio Artists Association. They received the support by the Somalian government. During the course of their time together, the group toured in different African nations; including Egypt and Sudan. In addition, the group also blessed the People’s Republic Of China with their artistry. The transition of their name to Waaberi, took place in 1969, after a military coup in the nation. In the Somali language, the very name “Waaberi,” means “sunrise.” The selection of this term was more than suitable for the tasks, laying ahead. If we sit back and reflect upon the term, one becomes prone to understanding that for Somalia, a re-birth is soon to come. Returning to the nourishment for one’s own culture, and utilizing it as a purpose for restoration. Its delightful and suits the very objective of cleansing one’s image for one which is true. An image not rooted in war, famine, or conquest. When the sun 🌞🌞🌞 rises, there is excitement displayed. Its a new dawn, for a new day. There is always a chance to bring new things to life. Every space on Earth’s surfacing gets an opportunity for such. Somalia, too, is included.

Waaberi took their performance to the 1997 English WOMAD festival. The following year resulted in a tour of North American soils. It means in the “Western World,” they received a taste of a real Somalia, not what others know it to be. The political and socio-economic upheavals are pictures in the entire portfolio. However, they are not the entire masterpiece. There is always beauty in a people’s story. Its why we must check for every detail, while seeking those missing links, remaining hidden. When you look for the beauty in any place, shape, spacing, or people, it is in time’s essence that it will arise.

One of the most healing intricacies of cultural tours and showmanship is how they also demonstrate their own contribution to the world’s healing. Quite honestly, its that kind of healing, which pushes for the change of perception; and how a people are perceived. Its necessary and ensures that others are able to move through a different beat and tune in the very thought of a nation. In the case of Somalia, for Waaberi to give musical tours, they also showcased how their language and authenticity are able to bring healing to other nations. This is one of their most powerful legacies. In fact, it demonstrates that every group of people have the healing arts within their Being. Their method of healing is as natural as drinking water, when it is not tampered with. Its bountiful, beautiful, and the epitome of love.

Through “Waaberi,” the prevalent images of Somali people as “violent,” “hungry,” “malnourished,” and “abusive,” are put to the side. Yes, there are significant challenges and struggles, within Somalia. There is a lot of work needing to be done for healing. Simultaneously, its not the only story. Waaberi is a living testament of such.

There are members, who have passed away. The group had been scattered, due to war and conflict. Simultaneously, there are members of the group, who are still here. And they made it a point to continue what was done before, so that a hopeful essence always stays true in Somalia. In fact, its that very energy, which keeps a nation alive and thriving. Its through that scent, which allows people to keep pushing forward. Pushing forward so that future generations of Somali children will have get to experience the abundance of a nation. A nation, despite its circumstances, that dares to rise with the sun! 🌞 🌞 🌞