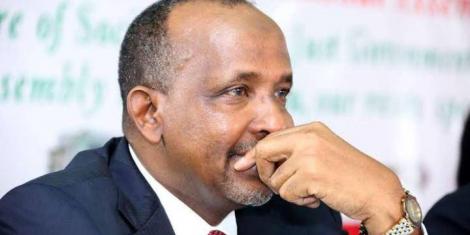 Dubow Bare died after the vehicle he was travelling in lost control and rolled at Bangale area. He was alone in the car.

Bare’s tragic death is a double tragedy to Duale’s family who lost their mother two months ago.

Bare is said to have left his home at Garissa Ndogo on Sunday early morning heading to his camel ranch in Tana River before he was involved in the accident.

“I am greatly saddened to learn the passing on of Dubow Barre Duale, elder brother to Garrisa Township MP Aden Duale who died in a horrific road accident along Garrisa – Nairobi highway,” he tweeted,