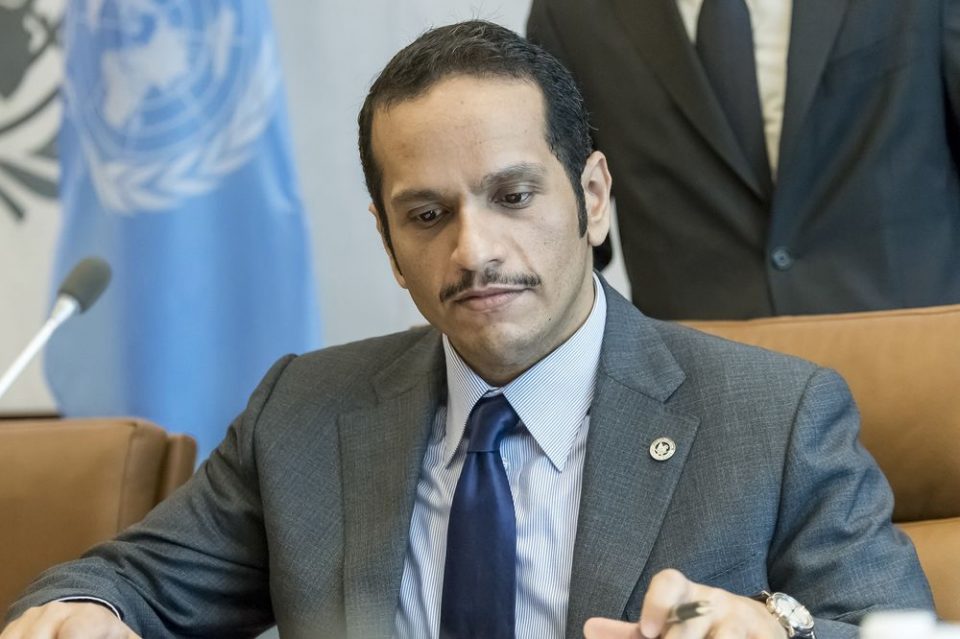 Qatar’s foreign minister reaffirmed his country’s readiness for dialogue to resolve the Gulf crisis in which “nobody is a winner”.

Speaking online at the opening of the Global Security Forum held in New York on Monday, Mohammed bin Abdulrahman bin Jassim Al Thani said: “All the allegations directed at Qatar and the reason for imposing the blockade were false.”

The minister stressed that Qatar, since the beginning of the crisis, has been open for dialogue on the basis of respecting each country’s sovereignty.

“There is no winner from the Gulf crisis, and the result is more instability in the region,” he said, adding: “Qatar did not carry out any hostile action against the blockading countries.”

Commenting on the Qatari-American relations, he said: “Relations between Qatar and the US are strategic, whether it is President-elect Joe Biden or the current president, Donald Trump.”

He added: “Our relationship with the US is based on solid foundations and extends over a period of 45 years.”

He also referred to Qatar’s appreciation for Iran’s opening of its airspace during the blockade, saying: “We seek fruitful dialogue to resolve differences in the region, and Iran is part of the region.”

Iran and the member states of the Gulf Cooperation Council must agree on living in peace, he said, adding: “We hope that the blockade will end and the crisis will be resolved.”

On the Afghan situation, the Qatari top diplomat said his country “will play any role to help resolve the conflict in Afghanistan.”

Al Thani stressed Qatar’s firm position on resolving the Syrian crisis and bringing those who committed war crimes against the Syrian people to justice.