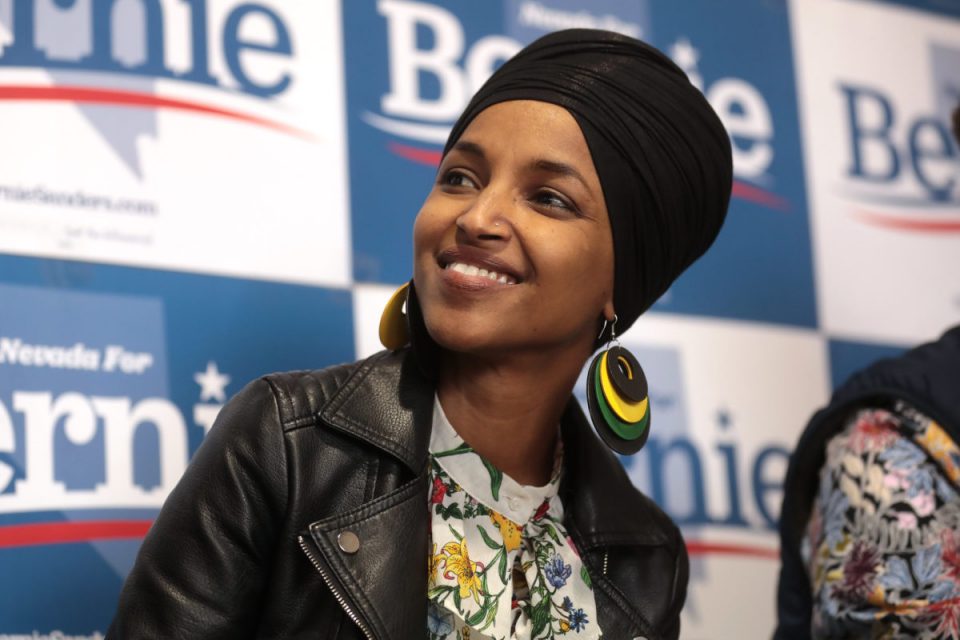 By Marc Rod
Rep. Ilhan Omar (D-MN) shot back at Democratic colleagues — following reports of infighting among Democratic House members angry with the down-ballot results of the November 3 election — in a live interview with the Washington Post on Monday.Omar initially downplayed the ongoing tensions between progressives and moderates within the House Democratic Caucus, which have spilled into media reports and played out on social media. But later in the interview, she reversed course and turned her fire on colleagues who have been most vocally critical of the party’s left wing.ADVERTISEMENT

At the beginning of the interview, Omar acknowledged a point made by House members in purple districts, including Rep. Elissa Slotkin (D-MI), that the outreach strategies that worked for candidates like herself and Rep. Alexandria Ocasio-Cortez (D-NY) in deep-blue districts may be less effective in a district like Slotkin’s.

“It’s important for people to have fluency in the people that they seek to represent, whether it is their challenges or the best ways to engage with them,” Omar said. “What Slotkin is saying is something that [Ocasio-Cortez, Rep. Rashida Tlaib (D-MI) and I] have been saying. We understand that the Democratic caucus is a big tent, we understand that there is differences in the different constituents that we serve.”

Omar also appeared to obliquely acknowledge that progressive talking points may not be appealing in swing districts, a contrast from some of Ocasio-Cortez’s recent rhetoric.

“We have a message as Democrats,” she said, “but tailoring that message to the constituents that you serve, in the way that is best suitable is something that you only understand as a candidate who’s running in that district.”

The Minnesota congresswoman argued that the Democratic Caucus — which she described as “a big family” — is not actually as divided as recent media reports indicate, but lambasted moderate colleagues for claiming that “socialism” hurt the party this election cycle.

“To blame a movement that has shown up for us in the most aggressive way to deliver a decisive win for President-elect [Joe] Biden is really shameful and something that I can’t even believe my Democratic colleagues are doing,” Omar said.

Omar also noted that Democratic governors and spouses of Democratic members of Congress had supported her primary opponent, Antone Melton-Meaux, and criticized outspoken moderates by name.

“I think about the different ads that I’ve seen for either Slotkin or Abigail Spanberger or [Rep.] Conor Lamb (D-PA), and I think these ads had a lot to do about your history prior to coming to Congress,” she said. “They had a lot to do with the fact that you chose to go take pictures with people who had ‘Defund the Police’ signs.”

“You can continue to blame people across the country for serving their constituents or you can say, ‘I’ve overcome all these challenges and I won my election. Now let’s figure out how everybody can overcome their challenges and win their elections,’” Omar continued.