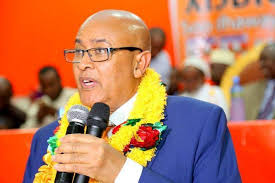 Preparations for Somaliland parliamentary and local council’s elections slated for later in the year have shifted from covert to overt.

This follows the establishment of a committee tasked with vetting members with aspirations for nomination as Wadani party candidates in the forthcoming parliamentary or local council elections in which those selected shall contest against of ilk from Kulmiye and UCID parties.

This committee as revealed by the Wadani party leader is as a result of the EU envoy to Somaliland and Soimalia Nicholas Berlanga facilitated inter-parties (Kulmiye, UCID and Wadani) agreement that resolved a long standing dispute on composition of the national election commission-NEC and oft postponed elections especially parliamentary which were last held over a decade ago.

With this vetting committee in place and the recent return to NEC through appointment of a representative the opposition Wadani party appears to be fully committed to the Berlanga agreement while ruling Kulmiye and opposition UCID parties are overtly portraying adherence while covertly the two can be surmised as in sabotage gears.

According to stipulations of the Berlanga agreement NEC shall delegate over 95% of its mandate to a Technical Elections Management Unit –TEMU though for the late 2020 parliamentary and councils slated polls only.

TEMU is to be composed of 10 members three of whom shall represent the international community with a stake in the Somaliland democratization process and the seven members of the immediate past NEC.

The new UCID nominee is a former elections commissioner in the immediate past electoral body whose term expired mid last year thence automatically a member of TEMU as per the inter-party agreement.

The ruling Kulmiye party is in a similar position since one of the two nominees by the president is Ms. Kaltun Sheikh Hasan is herself a carryover from the outgone body thence practically a member of both NEC and TEMU.

While Kulmiye now set for its 4th General assembly come June can be forgiven for the appointment of Ms. Kaltun made almost half a year before the Berlanga agreement UCID is in a different class of its own thence suspicions of intent to sabotage parliamentary and councils elections through pursuing avenues geared towards incapacitating the inter-party agreement.