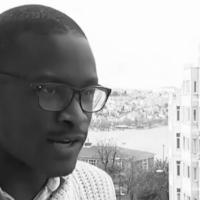 Many of Africa’s cases have been brought by Europeans The large number of Europeans being diagnosed with coronavirus in Africa has sparked debate and ridicule, with one Senegalese newspaper questioning whether France was out to “coronise” its former colony after two French nationals received a positive diagnosis.

With around 273 cases as of Sunday morning, Africa has been left relatively unscathed by the virus. However, governments there have come under intense pressure to put in place travel bans to stop Europeans bringing it in.

The situation has prompted some to speculate about the seeming reversal of fortunes between the two continents, with one analyst telling Middle East Eye that it was “ironic” that Europeans were now seeking refuge in Africa when Africans refugees and migrants are virtually barred entry into Europe.

Some have pointed out also that many Europeans countries imposed restrictive bans during the Ebola crisis, including on African countries that had no cases.

After news broke in Senegal at the start of March that two French nationals had tested positive for the virus, Senegalese papers saw a chance to link the virus to grievances over France’s continued political and economic influence in its former colony.

Senegalese daily L’evidence pondered: “Is France Coronising Senegal?” A subtitle then added: “slave trade, economic colonisation, epidemiological colonisation?” Above was a picture of Senegalese President Macky Sall and French President Emmanuel Macron standing side by side.

Le Pays, a daily in Burkina Faso, another former French colony, which reported two cases of Burkinabes returning from Italy this week, wrote:

“If a dozen countries on the black continent have confirmed cases here and there, the fact remains that the cases revealed are, for the most part, those of European travellers travelling to the African continent.”

Rufaro Samanga, a South African commentator at African news platform OkayAfrica, said that while African countries could continue to cope with the virus “so long as we keep the rest of the world out”, economic dependency on the West means African governments were reluctant to put in place travel bans.

“African countries are going to have lesser freedom to put in place travel bans compared to western countries because we are so dependent on things like business, investments and particularly tourism,” said Samanga, who is also a Rhodes-Mandela Scholar in Epidemiology.

“Our governments might feel that they need to pander to a lot to the governments of countries where there is a high prevalence of coronavirus just to manage the economic situation.”

She points to South Africa deciding to keep its borders open despite the country having dozens of cases, amid news last week that the economy has tipped into recession, as an example.

“I definitely think that the public health component of it at times will become secondary particularly for African countries,” she said.

“If we don’t nip it in the bud we will start seeing a steady increase in the cases.”

It was “ironic”, Samanga said, that while Africans are unable to find safe haven in the US or Europe, now people in the West are trying to find safety in various African countries.

While European nationals can enter countries like Senegal and South Africa visa-free with little more than a flash of their passports at the immigration desk, most other African nationals are required to go through a pricey and opaque visa application process that offers little guarantee of success.

Last year, a British parliamentary report said that Africans were twice as likely to be rejected for British visas than applicants from other continents, such as the Middle East. There was a “lack of procedural fairness” in the application process, the report said.

But some, like nationals of Senegal and South Africa, regional diplomatic hubs, have it easier than others. Mauritanians would need to make a 4,000km round trip to Morocco in order to apply for a British visa, and to enter Morocco they would also need a visa.

In any case, the visa option is only open to those able to afford it and who feel they may have a reasonable chance of success. Instead, many young Africans risk their lives traversing the “backway” – the treacherous routes by sea via the Atlantic or across the Sahara desert  – in the hopes of reaching Europe’s shores.

On 3 March, Senegal reported its third case of coronavirus, a 33-year-old British woman and member of staff at the regional office for West Africa and Central Africa at the International Organisation of Migration (IOM).

The office, which oversees a supposedly voluntary repatriation programme for African migrants who reach Europe, or who are detained in Libya, has since taken precautionary measures.

IOM’s regional Assisted Voluntary Return programme has been heavily criticised by rights groups on the grounds that it is in fact not voluntary, because the conditions migrants face are so bad that they are left with little choice but to leave.

Visiting detention camps for mainly African migrants held in Libya in July, Vincent Cochetel, the UN’s special envoy on migration in the Mediterranean, said he saw people reduced to “skin and bone”.

Conditions, he said, were comparable to concentration camps in Bosnia in the 1990s and those in Cambodia in the 1970s under the Khmer Rouge, which was responsible for the deaths of over one million people.

A number of reasons have been offered for why the disease has not penetrated Africa. Hot weather and the continent’s relatively young population have been put forward, while some have questioned whether low detection rates are a factor.

If a string of online publications are to be believed, however, it is because black people are somehow more resistant to the virus than white people.

One message circulating in French-speaking African countries about the recovery of a Cameroonian man who took sick in China, claimed that the Chinese doctors confirmed the man survived because the “antibodies of a black person are three times stronger, powerful and resistant than that of a white”.

The claim has been strongly refuted. The World Health Organisation has warned against an “infodemic” of fake news about the virus spreading across social media channels.

Samanga puts the reason down to African countries being able to build on previous experience fighting diseases like Ebola.

Africans have taken the lead with precautionary measures at airports, while a Senegalese innovation lab which made self-diagnosis kits for Ebola is now creating ones for coronavirus, she points out.

“You’re seeing a reversal of role,” she said, speaking to MEE from Johannesburg, South Africa. “You have Africa at the forefront and the West is flailing, unable to self contain the outbreak.”

According to the Washington Post, Senegal is testing and returning results within four hours, compared to about a week in the US.

The fall of the American counterrevolution