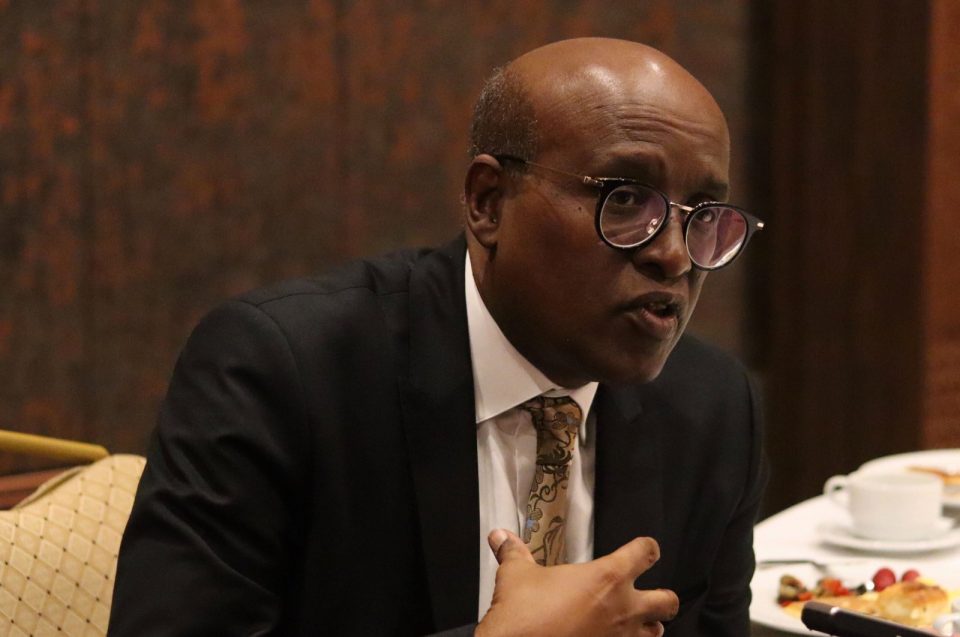 The first container ship of the Djibouti Shipping Company, which will exclusively operate between Turkey, Djibouti and Somalia, was launched during a ceremony on Friday. The new sea route will reduce shipping time from 35 to 50 days to just nine to 10 days, Djibouti’s Ambassador to Turkey Aden Houssein Abdillahi stated.

“This new logistics initiative, which enables to deliver goods in nine to 10 days instead of 35 to 50 days is a game-changer that will increase the trade volume between Turkey and the Horn of Africa,” Abdillahi said.

Saying that it will substantially increase financial cooperation, the ambassador stated: “The new shipping line established by the Djibouti shipping company will operate exclusively between Turkey and the Horn of Africa with two container ships with the capacity of 11,000 tons and 20,000 tons, respectively.”

The ambassador pointed out that this represents a huge opportunity in reducing transportation time and saves on cost.

Reiterating that around 90% of the world’s imports and exports are transported by sea, the ambassador stated that the high cost of sea transportation is a real challenge for Africa. “It creates logistical costs damaging African producers and disrupting supply chains and plays a role in the purchasing power of the African consumer,” he elaborated.

The ambassador stated that the trade volume between Turkey and Africa was constantly increasing. “Though we came a long way until today, it is not enough,” he stated.

“As transportation is an essential parameter to improve commercial and economic relations, we are convinced that with the new route and the commitment of our both governments and private sectors, we will reach $1.5 billion by 2021,” he said.

Speaking to Daily Sabah, Abdillahi pointed out that the first container ship began to operate 2 1/2 months ago, while a second one was added.

“What we expect from Turkey is making things easier for businesspeople from Djibouti and Somalia,” he underlined. The ambassador explained that most are complaining about financial services and residency permits rather than transportation services. “When a businessman is coming here, opening offices, employing people and selling goods to the Horn of Africa, every year they have to line up for paperwork,” he said, adding that facilitating these processes was of high importance.

Can Incesu, coordinator of the Turkey-Africa partnership in the Turkish Foreign Ministry, stated that Turkey has strong ties with the countries of the Horn of Africa and embassies in all three countries.

“Turkey attaches the utmost importance to the establishment of peace, security and stability of the region. The economic growth of this region is also of critical importance,” he said, adding that this shipping route will inevitably increase the trade volume.

Fuat Kasımcan of the Turkish Trade Ministry during the event pointed out that a 10% cost reduction in maritime trade increases trade by 6%-8%, while logistic efficiency is also reflected in the gross domestic product (GDP).

Turkey’s opening up to Africa, which dates back to the Action Plan adopted in 1988, took shape in 2005. Since then, the country has focused on comprehensive, long-term policies based on diversifying its relations with the continent. In that sense, the fields of agriculture, water resource management, rural development, health, micro-macro enterprises and security have played pivotal roles in Turkey’s economic transactions with Africa.

Relations between Africa and Turkey gained momentum when the first Turkey-Africa Cooperation Summit was held in the commercial capital Istanbul with the participation of representatives from 50 African countries in 2008 and the second summit being held in Malabo, Equatorial Guinea in 2014. Turkey has 42 Turkish embassies in African countries.