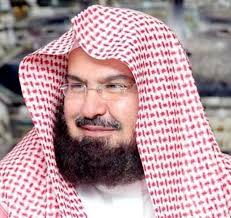 Social media users have responded angrily, claiming his religious rhetoric paves the way for Saudi Arabia to follow suit with the UAE and establish relations with Israel.
The Imam of the Grand Mosque in Mecca has provoked a stir across social media after delivering a Friday sermon some have interpreted as a religious case for Saudi Arabia and other Muslim countries to normalise relations with Israel.

He elaborated on the theme through referencing specific traditions of the Prophet Muhammad which concerned his interaction with Jews – in a move many quickly connected to current Arab normalisation attempts with Israel.

“The Prophet had mortgaged his shield to a Jew when he died, he had shared harvest from the land of the Jews of Khaybar among two. The excellence he showed to his Jewish neighbour led the latter to Islam” the religious leader added.

His sermon comes as the UAE – a close ally of Saudi – became the third Arab country to normalise ties with Israel, after Egypt signed a peace deal in 1979 and Jordan followed suit in 1994.

Palestinian factions staged a rare show of unity in rejection of the US-backed deal, under which the Jewish state has suspended, but not permanently dropped, annexation plans in the West Bank.

Social media users responded angrily to what appeared to be Imam’s promotion of the deal, with many claiming his rhetoric paves the way for Saudi Arabia to follow suit with the UAE and establish relations with Israel.

Egyptian Islamic scholar Mohammed al-Sagheer accused the Saudi cleric of hypocrisy. “He is paving the way for normalisation and treason from the holy Meccan pulpit,” Sagheer wrote on Twitter.

Islamic cleric Muhammad al-Shinqiti of Mauritania also accused Sudais of exploiting the podium of the Grand Mosque in Mecca to promote normalisation with Israel.

Turkey: War with Greece ‘just a matter of time’