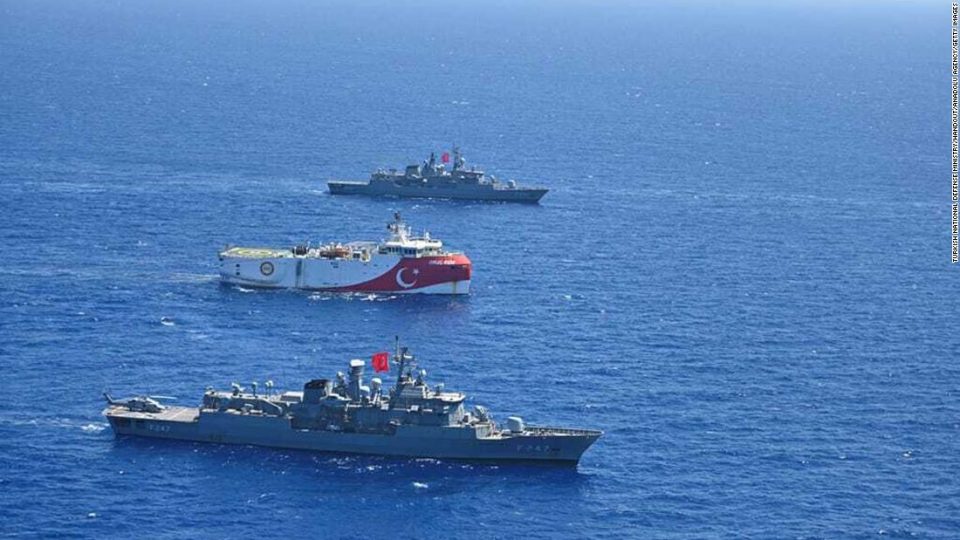 Head of Turkish National Movement Party Devlet Bahçeli has declared that war with Greece is “just a matter of time”, The New Khaleej reported on Friday.

“It is inconceivable to turn our backs on our historical interests in the Mediterranean and the Aegean,” Bahçeli announced in a statement reported by the Arabic news website.

“It seems that Greece’s appetite and desire to be thrown into the sea has swelled again,” stressing that war in the Mediterranean and the Aegean is “just a matter of time”.

He added: “Greece’s goal is to come again and occupy our lands from where we threw them out 98 years ago. We are facing a new invasion plan.”

The Turkish politician, who is an ally of the Turkish ruling party, continued: “From now on, the attitude and behaviour of Greece will be what will determine the increasing tensions that will cause bleeding or an abominable confrontation.”

Turkey and Greece are at odds over the demarcation of sea borders in the Mediterranean and the right to explore hydrocarbon resources there.

On Thursday, NATO Chief Jens Stoltenberg announced that Greece are agreed to start talks with Turkey to deescalate tension, but Greece has denied this.

They [Athens] initially agreed [to the discussions] then told they did not. It is in fact Greece that is lying and not the secretary-general. Greece once again showed they are not in favour of dialogue.

Later on, Stoltenberg announced the start of talks between the two countries.

“We believe that there is a need to have technical talks on how to develop enhanced mechanisms for deconfliction,” Stoltenberg was reported by Anadolu Agency stating at a news conference after the meeting of NATO ambassadors.

“No agreement has been reached yet, but the talks have started,” Stoltenberg confirmed.