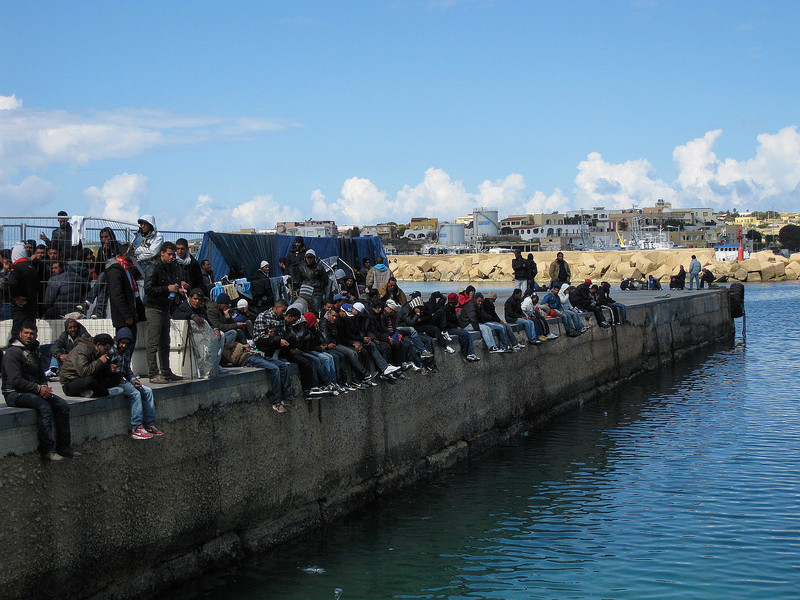 Under Italy’s eight-week-long coronavirus lockdown, the journey of fruit and vegetables from farm to table came under scrutiny thanks to migrant rights activist Aboubakar Soumahoro.

As undocumented migrants working in the agricultural sector suddenly became labelled as “essential” during the pandemic, Soumahoro shone the spotlight on the exploitative conditions under which they work.

The Covid-19 emergency in Italy highlighted the country’s reliance on hundreds of undocumented migrants picking fruit and vegetables in the fields.

With few seasonal labourers able to enter the country and Italians unwilling to take on the jobs, migrant workers became fundamental to keeping afloat the agricultural industry.

In May, the Italian government recognised migrant farmworkers by offering applications for six-month temporary working permits. However, the policy was criticised by NGOs for being an economic strategy to protect the agricultural sector rather than a move motivated by human rights.

At the same time, migrant union leader and activist Aboubakar Soumahoro began forcing Italians and the government to confront the inhumane treatment of the “invisible” workers now recognised as essential for their country.

Soumahoro, 40, travelled from the Ivory Coast to Italy at the age of 19 and began work picking crops in the fields.

However, he had greater ambitions and enrolled for a sociology degree at the University of Naples, graduating with top marks. He is now the spokesperson for the migrants’ struggle and has recently founded the Lega dei Braccanti, a union of migrant labourers making a stand for their rights.

During the coronavirus emergency, Soumahoro travelled around the country posting videos on social media exposing the exploitative pay, unhygienic living conditions, and lack of access to healthcare of migrant workers.

The plight of these migrants was captured in the documentary The Invisibles, by Italian filmmakers Carola Mamberto and Diana Ferrero.

In the midst of the pandemic, Soumahoro was filmed visiting the farmworkers’ makeshift camps, defying lockdown, and delivering food and protective clothing to the workers forgotten by the government.

Despite their sudden reclassification as “essential”, migrant workers have been exploited for years in a system of illegal employment called “caporalato” in Italian. The documentary described it as “modern slavery” while Soumahoro said: “We fieldworkers are crushed under the boots of our slave masters.”

Under this system, the migrants can work 14 or 15-hour days for as little as three or four euros an hour. Without contracts, they have no access to healthcare or resident rights. In their camps, they rarely have potable water and people live packed together.

Visiting them under coronavirus lockdown, Soumahoro reminded viewers that “social distancing is a privilege.”

While “caporalato” is causing hundreds of migrant workers to live in inhumane conditions, Soumahoro calls the slave masters “one tree in a forest.”

The real enemies, he says, are “large retail chains, which from the top forces low prices on tomatoes and citrus fruit on farmers who, in turn, squeeze the workers.”

“It’s the big corporations that hold the power in the food chain,” he told the film-makers.

The migrants, nicknamed “braccianti”, or pair-of-arms, want their vital role in the food chain to be recognised legally and socially. As Soumahoro says in the film: “If the workers lack dignity and rights, the food they provide is virtually rotten.”

In the documentary, the workers chant: “We are human beings, not arms!”.

Soumahoro also calls on Italy to: “Legalise all human beings, not because it’s convenient, but because it’s the state’s responsibility.”

And with the coronavirus emergency revealing the precariousness of Italy’s agricultural system, Soumahoro’s message is gaining traction.

Soumahoro’s fight is also forcing Italy, more generally, to acknowledge and rethink its frequently discriminatory and intolerant attitude towards migrants.

But with anti-immigration rhetoric from Italy’s right-leaning politicians as strong as ever, Soumahoro’s fight is far from over.