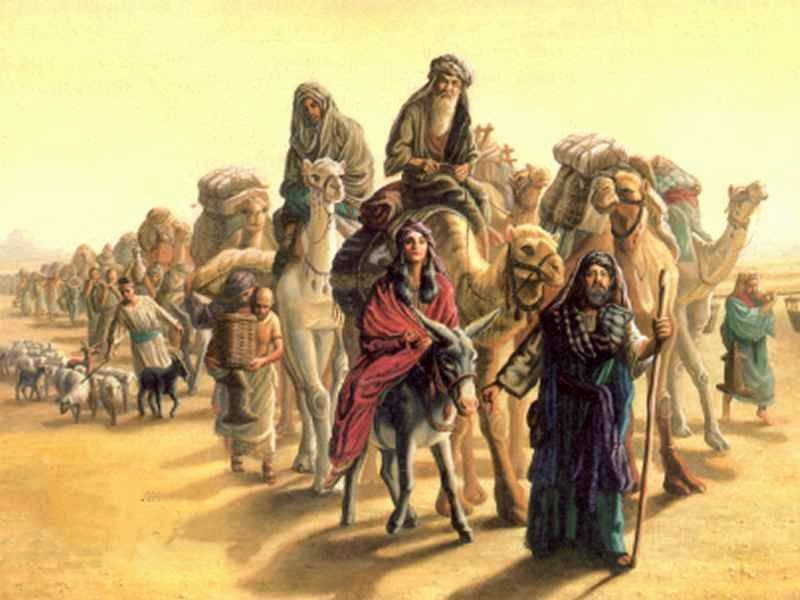 Remarkably, Abraham’s legacy is so powerful and relevant that a peace accord is named after him almost 4,000 years since his birth.

AUGUST 29, 2020 21:37
‘AFTER ABRAHAM arrives in the Land of Canaan (Genesis, chapter 12), God grants him and his descendants absolute rights to that land.’
(photo credit: REUTERS)

The elation felt in both Israel and the United Arab Emirates over the recent peace deal emerged so powerfully at a public discussion I hosted this week with Ambassadors Michael Oren and Dore Gold Jewish Council of the Emirates president Ross Kriel.

The South African-born Ross said the feelings of the Jewish community and its interaction with the broader society at this time reminded him of the excitement in South Africa when Nelson Mandela was released and the journey to peace and reconciliation began. Now, he said, there is a palpable joy across a very broad range of people in Dubai for what this peace deal means and how it can benefit the two countries.

This reminds me of the midrash that describes how, at the moment of Abraham’s passing, his warring sons Isaac and Ishmael reconcile at his funeral, holding hands. And now, all these generations later, the children of Abraham, the descendants of Isaac and Ishmael, have begun a historic reconciliation, through the UAE/Israel deal so aptly named the “Abraham Accord,” and are setting out a path to peace in this conflict of brothers.

Remarkably, Abraham’s legacy is so powerful and relevant that a peace accord is named after him almost 4,000 years since his birth. We are witness to the fulfillment of the Divine promise to Abraham that “you will be a father of a multitude of nations.” This is not about biology, but rather about values. God chose Abraham to champion the moral and spiritual values vital for humankind to survive and thrive.

First, Abraham taught us that our world was created by the one and only God, the source of all things. By the time Abraham appears in history, humankind had forgotten the clarity of belief in one God that Adam and Eve and their family had at the dawn of civilization.

Abraham came into a world of paganism, in which people believed in multiple gods, and he brought the radical and profound concept of monotheism: There is one God Who holds everything together and is the creator of all people and things. In response, God gave Abraham the merit of founding the Jewish nation, the people of Israel, who would later at Sinai be charged with carrying His ideas into the world.

The other animating idea of Abraham’s life is the power of kindness – unconditional kindness to every human being, no matter who they are or what they believe.

These two ideas are intertwined, as emerges from the emblematic picture of Abraham’s kindness to the three wayfarers whom he thought were idolaters, but who actually turned out to be angels sent by God. The Torah can span decades and even centuries in a single sentence, but in describing Abraham’s archetypal act of kindness, it devotes seven lengthy verses. 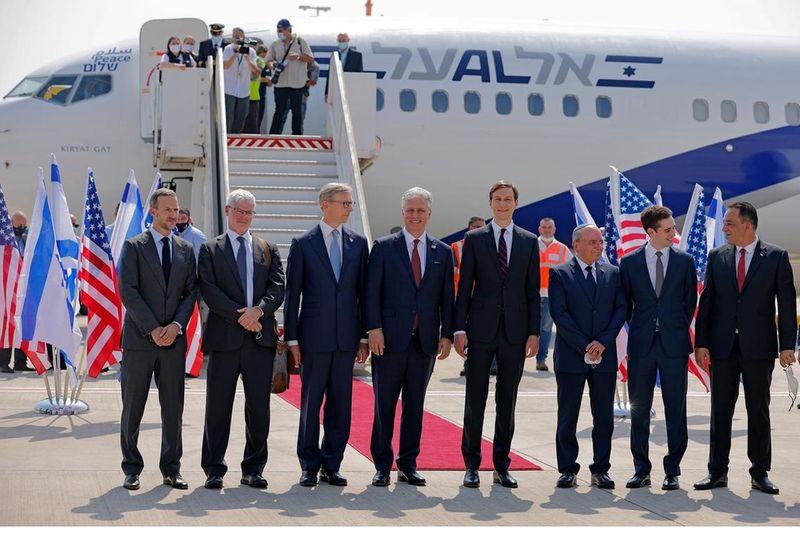 Water is fetched, and the travelers are invited to wash their feet and find a shady spot to rest. Bread is brought as a starter course. Cakes are baked, veal is prepared, beverages are served. Abraham himself is at the center of all of these activities, and there’s a sense of urgency as he seeks to ensure his guests are made to feel welcome and looked after in every respect.

There is one detail that is especially striking. Before he sees the wayfarers, God appears to Abraham and comforts him while he recovers from his brit milah (circumcision). When the wayfarers appear on the scene, Abraham says, “My Master, if I find favor in your eyes, please do not move on from your servant” (Genesis 18:3).

The most obvious reading here is that he is addressing one of the travelers. But according to one extraordinary explanation in Rashi, these words were actually addressed to God Himself. In effect, Abraham was asking God to wait for him while he attended to the needs of the travelers. Based on this, the Talmud (Shabbat 127a) makes a dramatic statement: “Greater is welcoming guests than receiving the Divine Presence.” 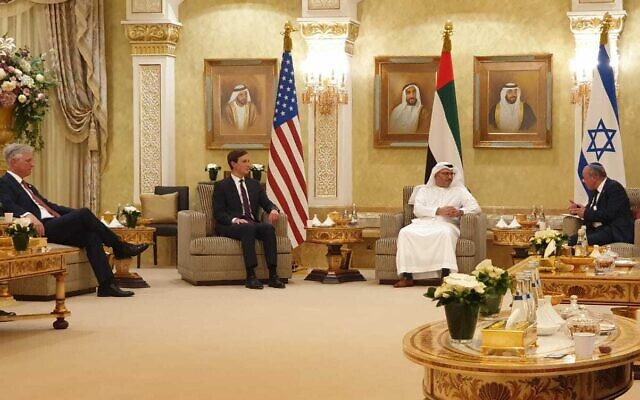 The Maharal guides us to understand this statement with reference to the mishna in Pirkei Avot: “Beloved is the human being created in God’s image” (Avot 3:18). Every human being has within them a Divine soul, a reflection of God Himself, and that this makes human beings the greatest tangible manifestation of God’s presence on Earth.

And so, even though the Divine Presence came to be with him in the wake of his circumcision, Abraham knew he would in fact have a more intense interaction with God through engaging with the Divine image in another human being.

The two big ideas of Abraham’s life – belief in one God and the imperative of treating all people with compassion and kindness – can bring peace to the world, which makes naming this historic peace accord between Israel and the UAE after Abraham so significant.

One creator of all human beings means we all share a common humanity. There is a fundamental and unconditional equality and dignity in all people that emanates naturally from the Divine soul within each of us. To create and nurture peace that is meaningful, pervasive and enduring, we must see each other as our forefather Abraham saw everyone – as godly beings created in the image of the Divine.

At a time in which hope has been in short supply, let all people of goodwill around the world rally together in unity, embrace our common humanity, recognize the Divine within us all, and celebrate the Abraham Accord. And let us pray it is only the first step in what will become a flourishing of peace and reconciliation among the children of Abraham, and a wide and warm embrace of the spirit of Abraham’s vision and values by all

The writer is the chief rabbi of South Africa.