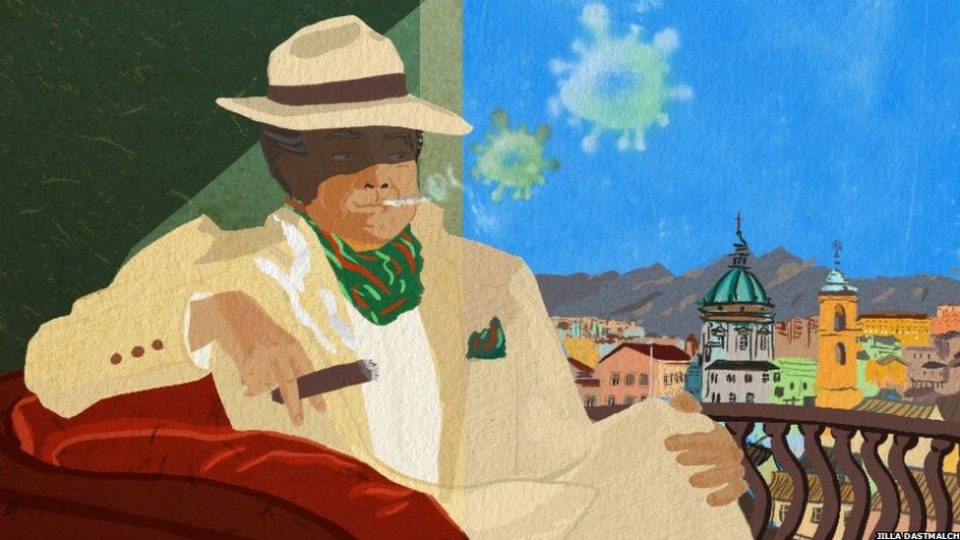 As the Covid-19 death toll grows, Italy’s organised crime gangs have been looking to make millions. Many Italians feel they have no option but to accept the lifeline the mob is offering.

On the island of Sicily, the brother of a mafioso – a member of a mafia group – has been distributing food to the poor in a neighbourhood of Palermo.

“People ring me and they cry over the phone,” he says. “They say their children can’t eat. A young woman has been calling me every single day. She has five kids and doesn’t know how to feed them.”

He wouldn’t confirm that he was part of the mafia himself, but he said that if being a mafioso meant helping people, then he was “proud to be a mafioso”.

The coronavirus is new, but distributing food parcels to the needy is an old mafia tactic.

“The aim is to gain credibility and to step in as an alternative to the state,” says Nicola Gratteri, an anti-mafia investigator and head of the prosecutor’s office in Catanzaro, in Calabria.

The goal is to strengthen a base of support, he says.

Italy’s economy has been in a bad way for years, with high unemployment and slow economic growth. The lockdown tipped some people over the edge into desperation. But accepting even the smallest help from a mafioso is extremely dangerous.

“The mafia has never done anything out of generosity. That concept doesn’t exist for them,” says Enza Rando who works for an anti-mafia organisation. “All they know is “I’ll scratch your back if you scratch mine’.”

Nothing is asked for in return at the start. But everyone will have to pay back the favour in some form.

Marcello owns a restaurant in the city centre of Palermo, which he had to shut in March. 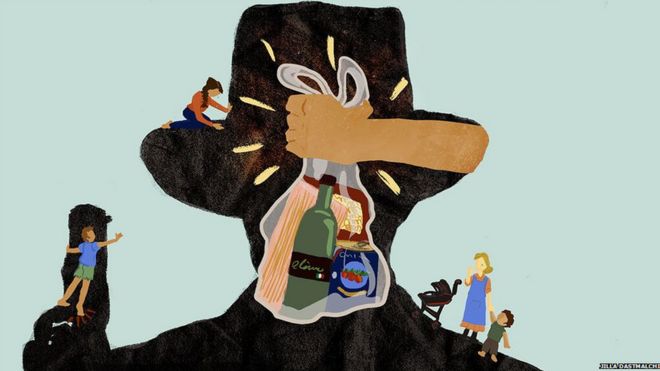 He is expecting to get an offer he can’t refuse. It’s all very straightforward, he says. A mafioso knocks on your door and offers to buy your business, there and then. That’s when you negotiate on the price. Then, someone transfers part of the money into your account, and the rest you get in cash.

“Right now, my business is sinking. And when someone throws a life vest at you, you can either choose to drown with your ideals, or swim.”

But the mafia will always come back to collect, says Gaspare Mutolo, a former Sicilian mafioso who became a key witness in dozens of mafia cases. “That’s exactly how I used to operate,” he says. “I was always so charming. I appeared generous. I never showed my true colours. But mind you, I was a criminal who killed more than 20 people.”

Mutolo spoke to the BBC from a secret location where he is under police protection and spends his days painting. His works often depict the tentacles of the mafia reaching into communities. He says that whenever he “helped” a family in need, they didn’t care who he was. 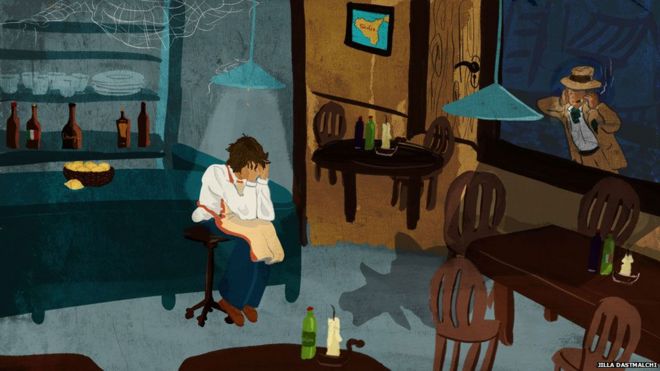 “When your children are crying because there’s no food on the table or if your business is about to go bankrupt you don’t think about the consequences of getting help from the wrong people. You just think about surviving.”

Then when local elections were approaching, he would go to the people he had helped and say: “Ciao bella, remember me? I helped you when you needed me. Now, I need you. And all I ask is that you cast your vote for this candidate.”

Mutolo says the mafia has money readily available to spend in case of a crisis. “They are much more efficient than the state when it comes to helping those in need,” he says.

Antonio and his wife Francesca own a butcher’s shop in a small whitewashed town in Apulia, in southern Italy, which has been struggling in lockdown. A few days ago, one of their regular clients came into their shop and offered a cash loan to help them out.

“We looked each other in the eye. Our hearts sank, and we immediately realised what was going on,” Antonio said.

He and his wife refused the offer, but loans are a core mafia business. They give loans, and then “a slow agony begins”, says Mr Gratteri.

“The ultimate aim of the mafioso is never to make money, but to take over the business and use it to launder money.”

Since the lockdown began, a helpline that supports victims of extortion has received a 100% increase in reports, especially from small businesses.

“If the Italian government isn’t capable of helping these people, they will be thrown into the arms of the mafia”, says Attilio Simeone, who works for the helpline.

As the world faces its worst downturn since the Great Depression, many Italians will be on their knees. 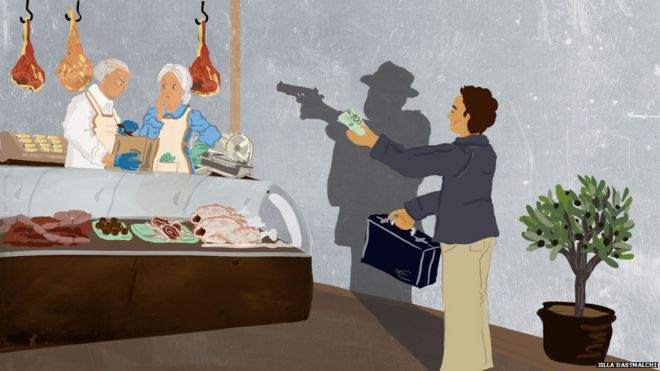 “This is the most favourable moment for the mafia,” Enza Rando warned. “Right now, timing is key.”

But Marcello has no intention of asking for a government loan.

“It would be impossible to pay it back. All shops that are going to re-open will have to follow social distancing rules. This means fewer clients, and much less money.”

He says that all the restaurant owners he knows feel the same. They believe selling their businesses to the mafia quickly and with no questions asked is likely to be their only option.

“I feel like an utter failure”, Marcello says. “I have always condemned the mafia, and I am about to betray everything I have ever believed in.”

Some names have been changed to protect the identity of the interviewees.

An overview of Human Rights Violation in Xinjiang