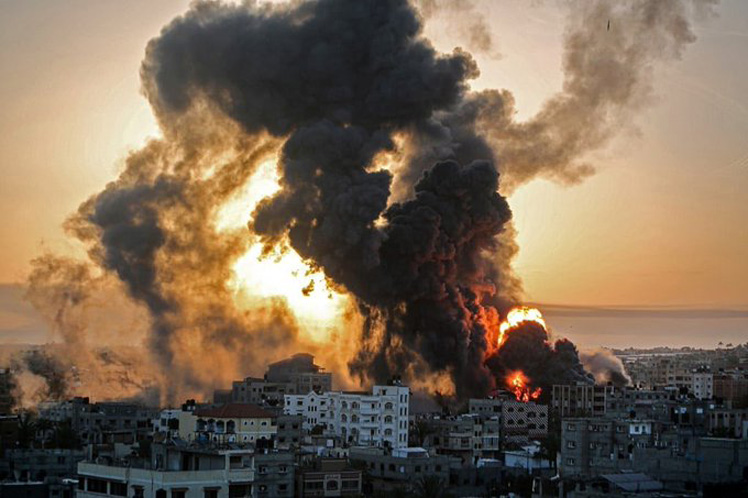 Ramallah, May 13 (Prensa Latina) Israel fired poisonous gas rockets against Gaza, an official Palestinian source confirmed on Thursday, according to which an undetermined number of people died asphyxiated by the chemicals.
Ramallah, May 13 (Prensa Latina)
Several of those dead by the effects of toxic gases were admitted to the Al-Shifa Medical Complex and subjected to a forensic examination, the informant added, according to WAFA news agency.

Meanwhile, the Israeli Army is only waiting for the order to launch itself against the Gaza Strip, the Defense Ministry spokesman said on Thursday while sources in Palestine stated that the death toll by bombings against that Palestinian territory rose to 83. The death toll, still partial, includes 13 children and seven women, and the number of injured by the Israeli bombings against the strip is around 500, Ashraf Al Qidra, an official at the Palestinian Ministry of Health, said. She informed about the growing shortage of means and equipment to assist them.

Official Israeli sources admitted the deaths of seven people, including a police officer, a contrast that shows the asymmetry of the collision initiated by the expulsion of Arab residents in the Sheikh Jarrah district, in East Jerusalem, to hand over their homes to Israeli citizens transferred to the occupied Palestinian territory.