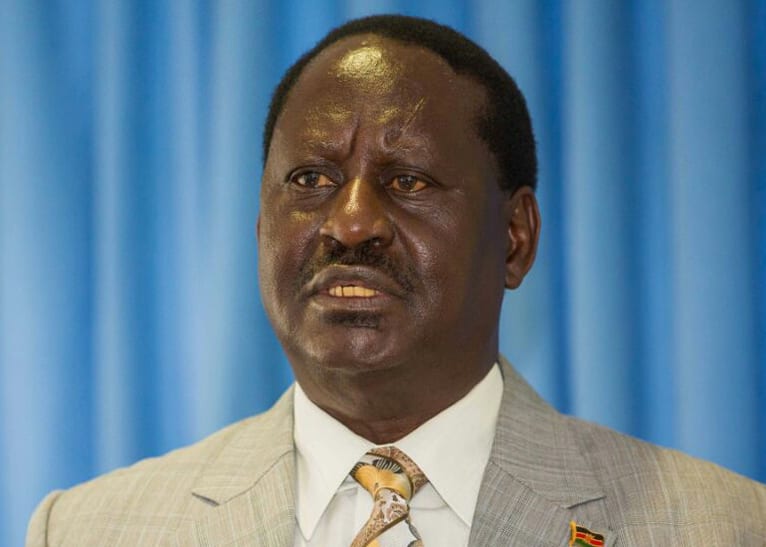 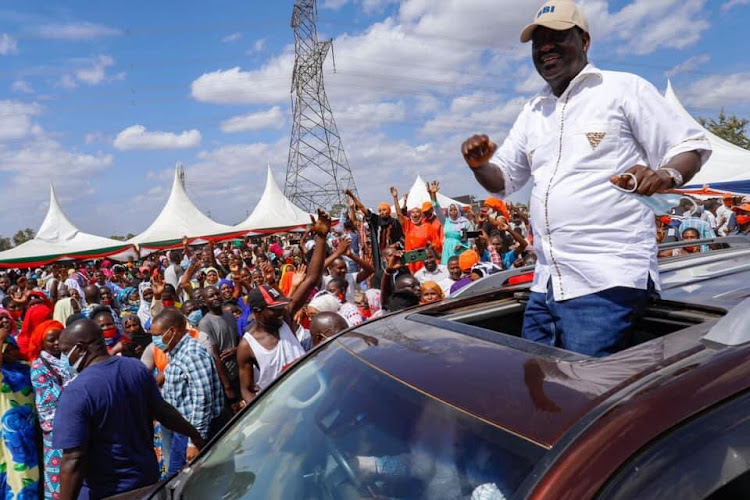 “He checked in for a complete series of tests because he has been on a countrywide tour from Turkana to Narok to Busia and Coast region without rest. The doctors have advised that he takes complete rest as they continue to run tests,” his spokesman Dennis Onyango said.

Onyango added that Raila was also due for his annual check-up conducted every March.

By last evening, doctors were waiting for his liver test results and were yet to decide whether to release Raila or put him on bed rest.

News of Raila’s health concerns emerged on the day sources told the Star that some people were pushing for Baringo Senator Gideon Moi to succeed Uhuru.

Is Gideon Moi the preferred 2022 choice?

Unknown to many, the event was part of the wider strategy to raise Moi’s profile in preparation for his 2022 presidential bid, according to multiple sources within the presidency.

It is understood some powerful individuals want Moi as president and ANC leader Musalia Mudavadi as prime minister in an arrangement that has upset ODM.

“They are using Mudavadi as a decoy. The real person they want is Moi,” said a senior government official aware of the developments.

It is feared President Kenyatta could be losing his grip on his own succession plan, with many competing interests pushing in different directions.

As a result of emerging issues, the President is expected, among other things, to announce a major Cabinet reshuffle that will place Raila’s key people in government to reassure him that he has not been forgotten. 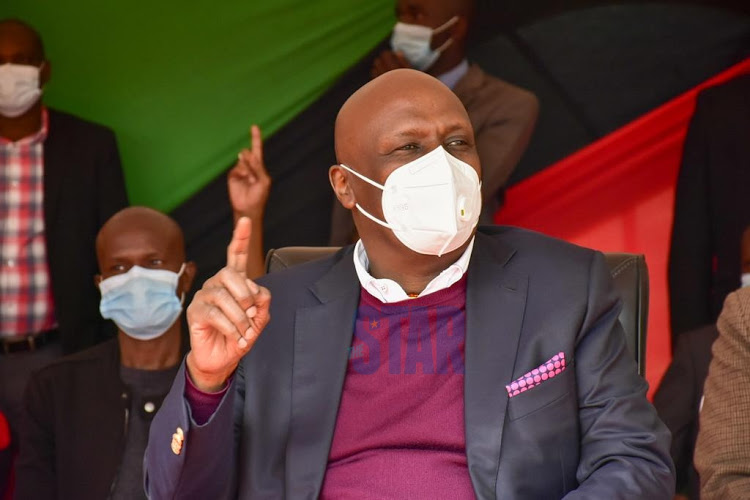 “The President has not changed his mind on the handshake. He is as determined as before and you will see a series of things to affirm that in the coming days,” Kieni MP Kanini Kega said.

While those pushing for either a Mudavadi or Moi ticket argue that Central will reject Raila, it is understood that Uhuru’s close allies believe that Raila is the only person who can defeat Deputy President William Ruto.

A crucial State House meeting convened to steady the handshake was postponed Tuesday as ODM began playing hardball, insisting they will not share a platform with their 2022 opponents.

An ODM insider told the Star the party has resolved not to engage with “busybodies”, in reference to bosses of a new political alliance led by ANC leader Musalia Mudavadi.

President Kenyatta was supposed to meet his handshake partner Raila in a deliberate effort to bridge emerging cracks and squelch claims of a deep-seated conspiracy to betray the ODM boss.

The meeting was to be attended by other party top brass including Musalia, Gideon, Kalonzo and Wetang’ula.

“Take it from me, there will be no meeting. We have ceased engaging with busybodies,” an ODM insider told the Star, exposing the depth of the bitter falling out.

Kalonzo’s allies had on Monday dared Raila to ditch the handshake, saying Kalonzo would comfortably replace him.

On the same day, ANC appeared to suggest that Uhuru would endorse their party boss, claiming ODM was simply jealous.

“It is therefore a ridiculous prank for a party that repeatedly denounces political endorsements to lament assumed support garnered by our party leader. ODM should openly declare it covets the endorsement that Mudavadi presumably beat them to,” ANC chairman Kelvin Lunani said.

On Tuesday, ODM trained its guns on Musalia and Gideon, linking them to a plot to destabilise the handshake.

ODM national chairman John Mbadi on Tuesday accused the duo of working with some influential individuals close to power to demolish the handshake and bulldoze through a 2022 succession plan that sidelines the ODM boss.

Mbadi insisted both Mudavadi and Baringo Senator Moi are unelectable without the support of either Raila or DP  Ruto.

“There are opportunists who want to take advantage of matters like this and they are working with some people who think they are close to power. They should know that there are only two people who have serious solid political bases in this country worth talking about and without the support of those two they are going nowhere,” Mbadi said on the phone.

He added, “They can’t rely on the President alone. If anyone wants to be President then he must get the support of Raila and Ruto.”

The Suba South MP who is also National Assembly Minority leader termed the duo — said to be enjoying massive support from Uhuru’s handlers — paper tigers that cannot marshal even their home counties.

“They should be warned – these people who can’t control county politics – look at Mudavadi. He can’t even control a county. The Matungu by-election’s win was not that big. Look at Gideon, he cannot control MCAs of a county. How can you make such a person president without the support of Raila or Ruto?” he posed

Mbadi said ODM having been betrayed in the past is no stranger to political games.

“Where we are, we have ceased to have emotions in political activities. The issue of betrayal has come our way many times. It doesn’t bother us anymore. We have since stopped having emotions,” he said.

Mbadi’s remarks came as a section of ODM leaders put on a brave face saying the handshake is intact.

Uriri MP Mark Nyamita told the Star that crumbling “is common when something big is about to happen.

“The handshake was between President Uhuru and Raila Odinga. Until Raila expresses his contrary opinion against his brother, the noise you are hearing around is normal. If and when Raila says there is a problem, we will not hesitate to disinherit Uhuru of the land he had been given by his elder brother,” he said.

Nyamita assured ODM supporters that all is well and they should not lose steam in supporting BBI.

“We are on course as far as BBI campaigns are concerned and the Bill will be coming to Parliament for debate soon. We are looking forward to the June referendum,” he said.

“The handshake and BBI are intact. That is what I can say for now,” he told the Star on the phone.

Political experts have warned that the support the Building Bridges Initiative is receiving in ODM leader Raila Odinga’s support bases is pegged on 2022 succession politics and “ the slightest mischief could breed suspicion.”

Isaac Wabuge said the coming together of President Uhuru Kenyatta and Raila through the March 9, 2018 handshake created an impression that the former Prime Minister would be the heir apparent.

“Raila Odinga’s brother Oburu is on record saying what Raila has been missing was ‘the system’ support and now that they have it, they will clinch the presidency in 2022. Raila’s supporters took that for gospel truth and they supported the handshake with that at the back of their minds,” Wabuge told the Star on phone.

Wabuge noted that with the Constitution (Amendment) Bill, 2020 having garnered the support of the majority of county assemblies, OP operatives have already embarked on drawing up their preferred team to succeed Uhuru in next year’s August presidential race.

“There is an already a formed conclusion among the supporters of Raila that they are supporting BBI in exchange of the so-called system or the deep state that will help Raila win the seat in 2022,” he said.

“Now there is a feeling in Raila’s corner that some of their competitors who boarded the handshake train midway are being prepared to benefit from BBI fruits politically at the expense of Raila.”