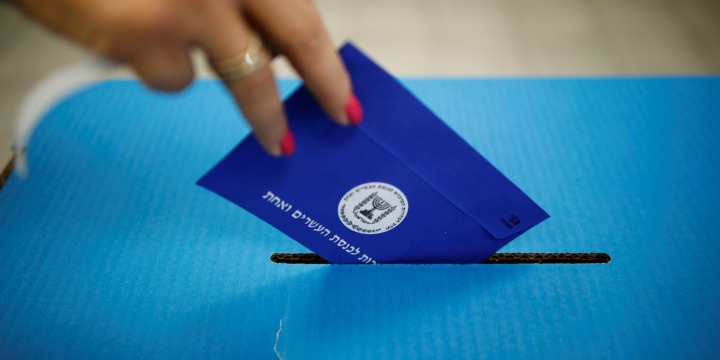 It has been reported that Iran and other foreign intelligence agencies may already have access to personal information of top Israeli intelligence officials, after revelations of a “disastrous” Likud Party cyber error resulting in a huge data breach of up to six million Israelis’ voters’ private information.

The Jerusalem Post quoted a founder of Israel’s Security Agency (Shin Bet), Harel Mensashri who said yesterday that the incident was “an embarrassment in terms of how bad it is. The real personal information of every citizen above the age of 18” has been exposed.

Mensashri added that “many parties, like foreign intelligence agencies, may have access to top officials of the Likud Party, to the head of the Shin Bet, the head of the Mossad and others. There are also many private companies who will also want the information.”

The Times of Israel describes the data breach as “one of the largest and most compromising leaks of Israelis’ personal information in the nation’s history”.

The scandal threatens to draw Israeli Prime Minister Benjamin Netanyahu into new investigations just weeks ahead of the country’s third general election in less than a year, as Israel’s Privacy Protection Authority announced it will be carrying out probes into the leak, which is associated with a website for a mobile phone app used by the Netanyhau’s Likud Party called Elector.

Last week a petition was filed to the Elections Committee, which accuses Likud of using its access to the voter registry to create a database of all voting-age Israelis, which then was made available to grassroots activists via the app. The exposed database reportedly includes the full name, sex, home address and in many cases mobile phone number and responses to political polling of the millions affected by the leak.

The Times of Israel mentioned that the latest leak is the party’s second major voter privacy incident in five months. The business journal the Marker reported on 9 September that it had managed to access Likud’s voter database ahead of the 17 September race, including information the party had recorded on each Israelis’ relationship to the ruling party. Over 600,000 people were listed as “not supportive”.