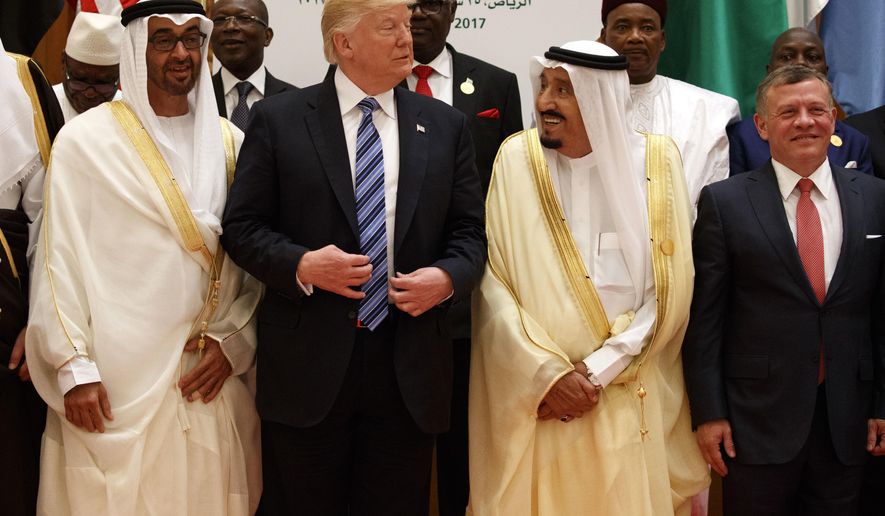 A negotiated solution to the ‘Palestinian-Israeli conflict’, at least the way envisaged by successive US administrations, has failed. Now, Palestinians and their allies would have to explore a whole new path of liberation that does not go through Washington.

It is easy to place all the blame on the current US administration, setting apart dodgy characters such as the President’s son-in-law, Jared Kushner, as the man who has single-handedly diminished any real chances for a just peace in Palestine and Israel.

The truth, however, greatly differs from conveniently moulded assumptions. The US-championed ‘peace process’ has been in a hiatus since the last negotiations in 2014. For years prior to the announcement of Donald Trump’s ‘Middle East Plan’ on January 28, Israel did everything in its power to ensure Palestinians can never have a state of their own. Not only did Israeli officials openly speak of their desire to illegally annex much of the occupied territories, but the Israeli government has taken numerous steps to ensure the constant expansion of illegal Jewish settlements.

One would have to be politically naive and morally blind to assume that the Israeli government, at any point in the past, had an iota of interest in a just peace that would guarantee the Palestinian people a minimum amount of dignity, freedom and justice.

Yet, everyone has played along: Israel complained that it has no peace partner while simultaneously entrenching its military occupation and expanding its colonial regime; the Palestinian Authority (PA) of President Mahmoud Abbas ceaselessly waved empty threats, which ultimately amounted to nothing; the Americans urged both parties to return to ‘unconditional negotiations’, all the while funding, to the amount of $3.8 billion, the Israeli military and economy; the United Nations and the European Union followed a predictable political script that was seen as more ‘moderate’ than that of Washington, yet failed to take a single meaningful action to discourage Israel from further violations of international law.

Meanwhile, the Arab League and the Organization of Islamic Cooperation (OIC), who are arguably Palestine’s more solid and consistent allies, remained marginal and, by far, the least relevant of all parties. Their occasional statements in support of Palestinians and condemnation of the Israeli occupation became so predictable and ineffectual. Aside from Abbas and his Authority, ordinary Palestinians saw no value in verbal support that hardly ever translated into tangible action.

Somehow, this skewed paradigm sustained itself for many years, partly because it suited everyone except the Palestinian people, of course, whose subjugation and humiliation by Israel carried on unhindered.

Presently, there are two different currents fighting to define the situation in Palestine in the post-‘Deal of the Century’ era.

First, Israel and the United States, who are keen to translate the ‘Middle East plan’ into rapid and irreversible action. They are eager to annex the illegal settlements of the West Bank and the Jordan Valley (approximately 30% of the total size of the West Bank). Moreover, Washington would like to see its diligent, clandestine efforts aimed at normalization between Arabs and Israel translate into actual agreements and, eventually, full diplomatic ties.

Second, the Palestinian Authority, the EU, the UN, the Arab League and the OIC, want the ‘Deal of the Century’ defeated, but they have no alternative path to follow. They insist on respect for international law and remain die-hard supporters of the unfeasible two-state paradigm, but they have no actual strategy, let alone an enforcement mechanism to make that happen.

The pro-PA camp reeks with contradictions, that are no less obvious than that of Abbas’ Authority, which speaks of ‘popular resistance’ while, jointly with Israel, is suppressing any attempt aimed at challenging the Israeli occupation.

A perfect example of the contradictions in this camp is that only two days after the Arab League issued its statement rejecting the ‘Deal of the Century’, the head of Sudan’s Sovereign Council, Abdel Fattah al-Burhan, met with right-wing Israeli Prime Minister, Benjamin Netanyahu, in Uganda. Burhan is hoping to swap normalization with Israel for Washington’s favours.

Another example is reflected in the behaviour of Abbas himself, who, on February 1, declared that he would sever all contacts with Israel, including the so-called security coordination, the main pillar in the Oslo agreement, which practically employs PA security forces in the service of the Israeli occupation.

This is not the first time that Abbas has resorted to this lifeline, but he has never gone through with his promises. We have no reason to believe that this time is any different.

There is little hope that the pro-PA camp, as exemplified in the current political structure, can truly defeat the ‘Deal of the Century’.

The final statements resulting from the Arab League summit in Cairo and the OIC summit in Jeddah on February 1 and 3 respectively, is a repeat of numerous past conferences, where promises were made and condemnations were levelled, with no follow-up nor any action.

If Arabs and Muslims are, indeed, sincere in their desire to confront US-Israeli plotting, they ought to go beyond this stifling pattern of impractical politics. It is not enough to reject Washington’s stratagem and to denounce Israeli action. They ought to muster enough courage to turn their statements into an actual, unified strategy, and their strategy into action, using all means at their disposal.

Arab countries enjoy massive economic and political leverage in Washington and throughout the world. What’s the value of all of this leverage if not used in defence of Palestine and her people?

Washington and Tel Aviv are counting on the fact that anger at the ‘Deal of the Century’ among Arabs and Muslims will eventually peter out, exactly as happened after Trump recognized all of Jerusalem as Israel’s capital, moving his country’s embassy there in May 2018.

If Arabs and Muslims fail Palestine again, then, once more, the Palestinian people will find themselves alone in this desperate fight, which they have no other alternative but to undergo. And when Palestinians rise, as they surely will, their uprising will challenge not just Israel but the entire regional and international apparatus that allowed the Israeli occupation to go unchallenged for so many years.