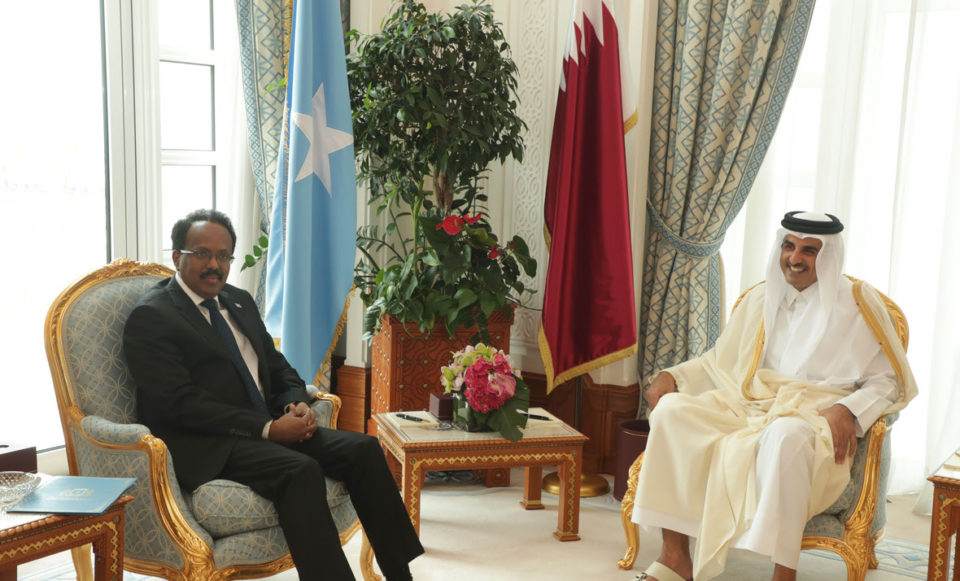 There has been a well-protracted battle in the Gulf countries and Somalia has found itself in the middle of it. Gulf Nations-imposed land, air and sea blockade on Qatar while demanding members of Arab league nations to cut ties with Qatar.

Despite pressure from other Gulf nations Somalia chose to remain neutral in the intra-GCC spat resulting in a number of internal interferences from other Arab countries especially the United Arab emirate.

Rifts that can slow down growth in Somalia

Gulf States seems determined to retaliate on Somali’s decisions for refusing to take sides in the diplomatic dispute with Qatar, Dubai suspended all military cooperation with Mogadishu, including financial assistance leaving a vacuum which is yet to be filled. U.A.E also responded by directly interfering with the internal affairs of Somalia.

The situation even alarmed the United Nations prompting the UN Security Council to weigh in on the matter. “The Security Council underscores the importance of working to prevent destabilizing effects of regional crises and disputes from spilling over into Somalia,” UN said in a statement.

In 2017 Dubai state-owned company entered a deal with the administration of Somaliland; in Berbera port construction, in a deal which the Somali government was cut off from. To antagonise Somalia further DP World said Ethiopia will become a 19% shareholder of the Port of Berbera.

They targeted clan-based chiefdoms which are now fighting the central government on behalf of the emirate government. When tribulations between Emirates and Somalia was at the peak, regional leaders accepted several invitations from the UAE government which advanced the political presence of UAE in Somalia.

The Emirates also tried to woe other regional powers to meddle with Somalia affairs. It has started developing close relations with Ethiopia injecting billions of shilling to help it push its agenda while also taking credit for having brokered peace deal between Eritrea and Ethiopia.

So, what common interests do Somalia and Qatar enjoy for such camaraderie?

All along Qatar government was poised to take a leading role, pundits think otherwise, It is thus imperative to note that a section of observers have held a view lately that Qatar does not fully appreciate their relationship with Somalia. They cite the fact that Qatar financial aids to Somalia are a pale shadow of what they give to other Arab nations.

If you simply compare this single contribution to other nations and what the Qatar government gives Somalia then there is a heavy imbalance. Qatari can stand with Somalia in so many ways, for instance, it can create developmental projects that include livestock, agricultural, infrastructure, fisheries and industrial development in Somalia. Somalia livestock is huge and a multibillion-dollar industry.

Qatar can import the Somali meat thereby providing a market for traders – the country boasts of niche areas with a lot of demand and has the potential to lift Somalis economy. Somalia is struggling to get loans from international donors, and Qatari being a close ally, can fill the gap. As time goes, things will shape up. Somalia has potential and will use the cash to offshoot its economy and will be in a position to repay back in a few years.

Qatar can help Somalia in the security sector, it is currently Brokering U.S. – Taliban Talks, in other instances, they have successfully brokered peace deals that includes brokering a ceasefire between Hamas and Israel, with such command Qatar can easily come to the rescue of Somalia and broker deals between Somalia and Al-Shabab. That aside, Qatar can support Somalia by organizing donor conferences if they intend to help the country. In 2018, international donors pledged tens of billions of dollars to help Iraq rebuild after the Kuwaiti government organized the conference.

The same arrangements are inevitable especially for a country that is slowly gaining economic stability. In 2018, the Qatari government announced that they would provide a package of loans and investments in infrastructure and reconstruction of projects in Iraq to the tune of $1bn.

When Turkey was under financial crisis, Qatar’s Emir Shiekh Tamim bin Hamad Al-Thani paid a visit with Qatar promising to invest billions of shillings to help the country get back on its feet, and even to support the protection of human rights. One notable pledge made by Qatar to Somalia was rehabilitation of roads, other financial assistance to Somalia remains diminutive.

In November 2017, Khalifa Bin Jassim of the Qatari Development Fund and the Somalia Minister for Planning signed a US$200 million mega-project to rehabilitate and re-build two life-line projects that connect the FGS capital Mogadishu to the states of Hir-Shabelle and the Southwest.

One year later there is nothing to show for such a project. Qatar can win the hearts and minds of Somalis by accelerating and initiating developmental projects that we have pointed out. Their developments projects can perk up Somali’s economy while alleviating thousands of people from poverty thereby impacting the living standard of Somalis.