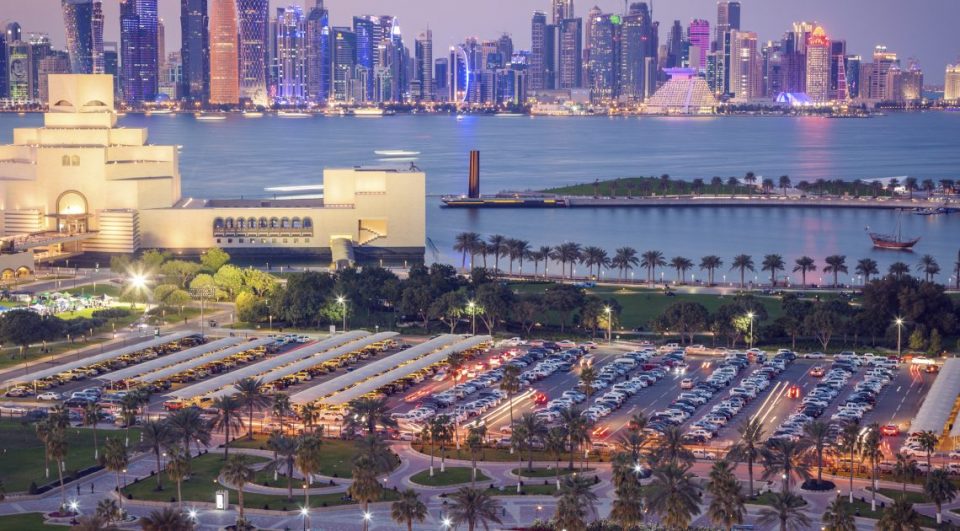 Qatar would become Washington’s eighth MNNA in the Middle East and North Africa (MENA) and third in the Gulf Cooperation Council (GCC); Bahrain and Kuwait received this designation in 2002 and 2004, respectively.

Doha achieving this status would, in practical terms, lead to Qatar receiving “certain benefits [from the US] in the areas of defense trade and security cooperation”. Yet it is the symbolism that matters most.

Qatar becoming a MNNA would be a huge boost to the US-Qatar partnership and another reminder of the extent to which the Saudis and Emiratis have failed to drive a wedge between Washington and Doha.

Designating Doha as such a special ally “cements in the mind of the Qataris this notion that every country in the Gulf brings a certain value to US interests,” Dr Michael Stephens, an associate fellow at the Royal United Services Institute, told The New Arab.

“I think it’s broadly a positive move. I don’t think it changes much on the ground. I don’t think there’s any real meaningful change that comes from it. But international relations is 90 percent about signalling.”

This symbolism must be understood within the context of the United Arab Emirates (UAE) and Bahrain recently signing US-brokered diplomatic agreements with Israel. In the aftermath of these two “peace” deals, many analysts have assumed that the Trump administration would begin pressuring Doha into following Abu Dhabi and Manama’s footsteps vis-à-vis Tel Aviv.

Nonetheless, given that a spokesperson for Qatar’s foreign ministry explained that Doha would not establish formalised relations with Tel Aviv only three days before Lenderking’s statement about designating Qatar a MNNA, it is safe to argue that GCC members do not need to abandon the Arab Peace Initiative in order to remain on excellent terms with the US, even with President Donald Trump in the Oval Office.

In the words of Dr. Mahjoob Zweiri, the Director of Gulf Studies Centre at the University of Qatar, “The US step to name Qatar as a Major Non-NATO Ally is a political gesture of acknowledgment and appreciation of Qatar contribution’s to global peace and security.”

The State Department announcing Washington’s desires to name Qatar a MNNA can be seen as vindication for Doha’s diplomacy vis-à-vis the Afghan conflict. Qatar’s work to help facilitate a peaceful, just, and lasting settlement to the war in Afghanistan that began nearly two decades ago has contributed to a stronger partnership between the gas-rich emirate and the US.

As Dr. Andreas Krieg opined, “Qatar has invested in institutional, operational relationships with [the Departments of State and Defence] in Washington that are likely more sustainable” than the “foreign policy gifts” that the UAE and Bahrain gave the Trump administration via the Abraham Accords.

On 9 September, the US Assistant Secretary of State for Near Eastern Affairs David Schenker spoke about the GCC crisis at an event hosted by a DC-based think tank. Schenker said that efforts to resolve the feud might see progress within “weeks”.

He pointed to signs of more “flexibility” on the part of the parties involved in this dispute. Schenker stated: “In our talks we’re detecting a little bit more flexibility, so we’re hoping we can bring the sides closer together and end this… distraction… These are two sides that are dug in… and yet there is a recognition that this is a distraction from Iran.”

Although difficult to imagine US pressure resulting in the blockading states ending their siege of Qatar, Washington’s continued efforts to end the GCC crisis speak volumes of the US view that this feud has severely undermined its interests in the MENA region, particularly in relation to Iran.

Thus, the move to label Qatar a MNNA could be seen as the US consolidating its support for Doha as it seeks to move Saudi Arabia, the UAE, Egypt, and Bahrain toward striking a deal with Qatar. At the same time, as Samuel Ramani, a doctoral researcher at Oxford University, sees it, Doha’s opposition to the US transferring F-35s to Abu Dhabi is perhaps a variable in this equation.

By designating Qatar a MNNA, the US could possibly assuage some of Doha’s concerns about the implications of the UAE becoming the first/only Arab state to possess such advanced fighter aircrafts by reinforcing Washington’s commitment to Qatar’s security even if the move is mainly symbolic.

Perhaps the key question is, how will Qatar’s immediate neighbours on the Arabian Peninsula react to Qatar becoming an MNNA? To be sure, this news cannot be welcome in Riyadh and Abu Dhabi. However, it is doubtful that this issue will lead to much friction between Saudi Arabia or the UAE and the Trump administration.

The Crown Princes of Saudi Arabia and Abu Dhabi desperately hope that Trump is re-elected, so they will probably remain somewhat muted about this development in order to remain loyal to Trump as he is on the campaign trail.

The leadership in Saudi Arabia and the Emirates understand that the US labelling Qatar an MNNA would probably not change the balance of power in the Gulf in any real ways. As Dr. Stephens put it, “all in all, [the designation of Qatar as an MNNA] is probably a way of balancing the Gulf dispute from a US point of view without solving it.”

Having said that, the symbolism is not lost on anyone in the Gulf. Officials in Riyadh and Abu Dhabi must contend with the extent to which their efforts to tarnish Doha’s image among members of the Trump administration and the American diplomatic establishment have proven futile.

Qatar receiving the MNNA designation would further underscore the failure of the blockading states’ anti-Qatar agendas in Washington, which has been the GCC crisis’ “center of gravity” since its eruption in 2017.

Africa Feels the Repercussions of the U.S.-China Global Spat