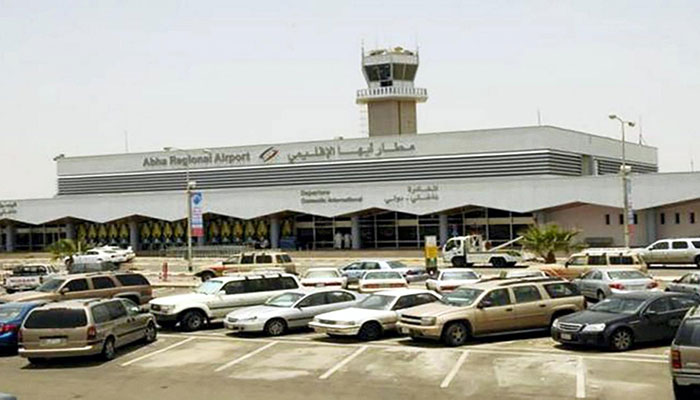 The Saudi-led coalition fighting against Iran-backed Houthi rebels in Yemen has condemned what it called a Houthi terrorist attack on the Abha airport in Saudi Arabia Wednesday, which set fire to a passenger plane there.

The attack comes just days after President Joe Biden‘s administration rescinded the terrorist organization designation applied to the Houthis by predecessor President Donald Trump in his final days in office.

It also follows Sunday’s warning from the State Department that the Houthis must stop attacks on civilian targets.

The Saudi-led coalition said Wednesday the Houthi attack on Abha International Airport caused a fire in a civilian plane which has now been brought under control, the Saudi-owned Al Arabiya television station reported.

“Attempting to target Abha airport and threatening civilian travelers is a war crime,” the coalition said in a statement. “We are taking all necessary measures to protect civilians from the threats of the Houthis.”

The Associated Press quoted Colonel Turki al-Maliki, the spokesman for the Saudi-led military coalition, who said coalition forces had intercepted and destroyed two Houthi drones launched at Saudi Arabia. Turki described the attack as a “systematic and deliberate attempt to target civilians in the southern region” of the kingdom.

The Houthis have been intensifying attacks against Saudi targets in recent weeks. The Iranian-backed rebel groups have been fighting the Saudi-led coalition since 2015. Riyadh is fighting on behalf of the deposed government, its effort largely consisting of airstrikes against Houthi military and civilian targets.

Biden said last week he was ending U.S. support for the Saudi-led coalition. The U.S. had previously given logistical, intelligence and weapons support to the effort against the Houthis, which the Trump Administration considered a key battle in the fight to contain Iran.

The president did say the U.S. would maintain defensive support for Saudi Arabia to help guard against drone and ballistic missile attacks from Yemen.

Trump designated the Houthis a terrorist organization shortly before the end of his term, despite concerns among NGOs and American allies that doing so would hinder diplomatic efforts to end the war and to alleviate the humanitarian crisis for Yemenis.

State Department spokesman Ned Price called on the Houthis “to immediately cease attacks impacting civilian areas inside Saudi Arabia and to halt any new military offensives inside Yemen, which only bring more suffering to the Yemeni people.”