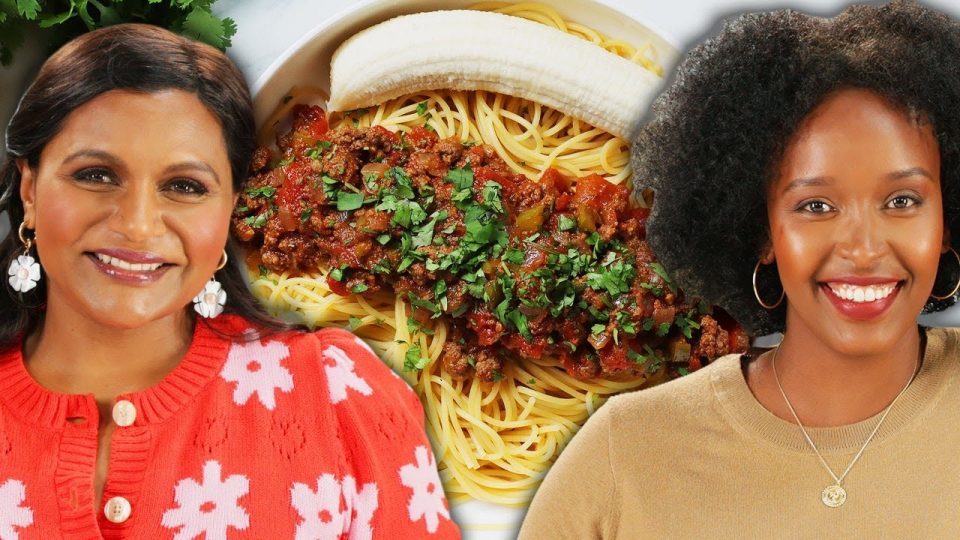 It is no secret that food has the power to bring people and communities together. Cooking opens up conversations about family and lived experiences, making the kitchen a valuable space for learning about different cultures. In partnership with BuzzFeed Tasty, UNHCR supporter Mindy Kaling, met and cooked with Hawa Hassan, a former Somali refugee, who uses food to tell a powerful story about her African heritage and experiences as a refugee.

In this video, Hawa teaches Mindy how to make Suugo Suqaar, a popular Somali pasta dish. Whilst grinding spices and combining flavours, Mindy learns about Hassan’s journey as a refugee as well as her present life as a chef, author, and business founder.

Hawa Hassan was born in Mogadishu, Somalia, and is the second oldest of 10 siblings. In 1988, at the age of six, she and her family were forced to flee the conflict in Somalia to Kenya where they spent a year in a refugee camp. They were then resettled to Seattle, United States, where Hawa’s life changed completely. Her memories of Africa and the new culinary discoveries she made in the United States inspired her latest book, In Bibi’s Kitchen. The recipes and stories in the book draw on the food and culture of the Eastern African coast.

Writer, Producer, Actor and UNHCR supporter, Mindy Kaling is known world-wide for her ground-breaking comedies and dramas. Her latest project, the Netflix series “Never Have I Ever”, has been described as a “watershed moment” for South Asian representation in Hollywood and has been praised for breaking down Asian stereotypes. Mindy began supporting UNHCR in June 2021 on World Refugee Day. Since then, she has helped to amplify positive and inspiring stories about refugees, and to generate awareness of resettlement and empathy for the resilience of those forced to rebuild their lives.

In this latest video for BuzzFeed Tasty, Mindy and Hawa demonstrate how much we all, as individuals, cultures, and communities, have in common – from the spices that influence our cooking, to the diversity of our backgrounds and friendships.

Hawa speaks passionately about the life that she has built in the United States, and the importance of giving everyone the opportunity to give back. This resonates strongly with Mindy, whose own parents moved to the United States as immigrants in 1979. Their conversation highlights the ways in which refugees and immigrants enrich society in so many ways.