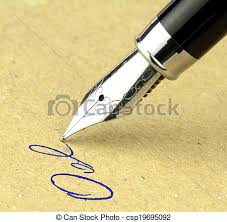 Criticism is part of a writer’s life, and there is no way he or she can avoid it. The fact is that you want to be a writer.

May 1-17 and June 21-27 of this year I have been in Hargeysa. Other than pursuing research of my own, there are two books I was interested in.One is by Abdirahman Guribawaaqo, Sooyaal, and the other by Hirsi Hagi Ali, the former minister of presidential affairs of the government of Ahmed Mohamed Mohamoud (Silaanyo).Hirsi’s book is Miyi ilaa magaalada. I visited about ten stores in Hargeysa and could find none of them.I learned that after some months in the market, the bookstores stopped selling both books.

I tried to know why. Many of those I asked said, “Guribarwaaqo said bad things about Sayid Mohamed Abdulle Hassan and Somali women.”Let us see the Case of the Sayid.

The followings are favorable pieces of history. Sayid Mohamed Abdulle Hassan is known as the father of Somali Nationalism. His campaign to free his country from occupation was the longest and the first in Africa which any European used warplanes against it. The Mad Mullah of Somaliland by Douglas Jardine whose country, Britain used World War 1 fighter planes against the Sayid on January to February of 1920, states:

The extraordinary tenacity of purpose of the Mad Mullah of Somaliland, faced by a European power, which at once strong and anxious for peace, he was never apparently tempted to abandon his ideals and to come to terms.

For sure, when the Somalis read the above statements, they enjoy them. But there are other issues with the Sayidand will see some of them.

The Sayid was a badmouthed poet, robber and a killer. He was also a slave ownerlike the muslim slave traders in his time, or just before him. The Sayid’s poems, killings, alienation of certain clans and camel-robing are enough to portray him sometimes as a rude, badmouthed and merciless crusader. Those actions of prejudice against a group or clan were one of the most important bases of rejecting or not welcoming his ideology.In search of peace and free his country from foreign domination, he killed thousands of Somalis to follow his directions during the campaign.

Other than the aerial bombardment of colonialist Britain, the campaign of the Sayid was also defeated because of sticking with his way of “My way or no way.” Though he is the greatest Somali nationalist hero ever lived in according to his ideology and the length of the struggle, he could not achieve his goal with a gun.  Not only that. Slavery is one of the worst committed crimes against humanity.The Sayid owned slaves in which he mentioned in his negotiations with the British occupiers.

The public did not accuse Abdirahman Guribarwaaqo of writing lies but why telling the truth. The case of Hirsi is different.He wrote a book that the president Ahmed Silanyo was incompetent in the last some years of his administration. He has been accused of disloyalty and ethical violations. Butminister Hirsi published the book after a new administration came on board. In that case, I believe that author Hirsi has neither violated the loyalty to the administration nor the ethics of the law.He just fulfilled his national obligation.

I have been accused of publishing Sandareerto (A novel about the destruction of the fabric of the Somali family when came to the western countries) in 1994 in Toronto, Canada.Abdisaid Abdi Ismail received death threats when he published “Xadka Riddada maxaa ka Run ah” 2014.

Critiques are the direct invitation of when you put pen to paper.To state both good and bad of a piece of history is the right approach.Ideas are just indicators like words, and we react to them in different ways. But facts are facts andlies are lies.

Views and opinions expressed in this publication are those of authors and do not necessarily reflect the position of Warsan magazine.