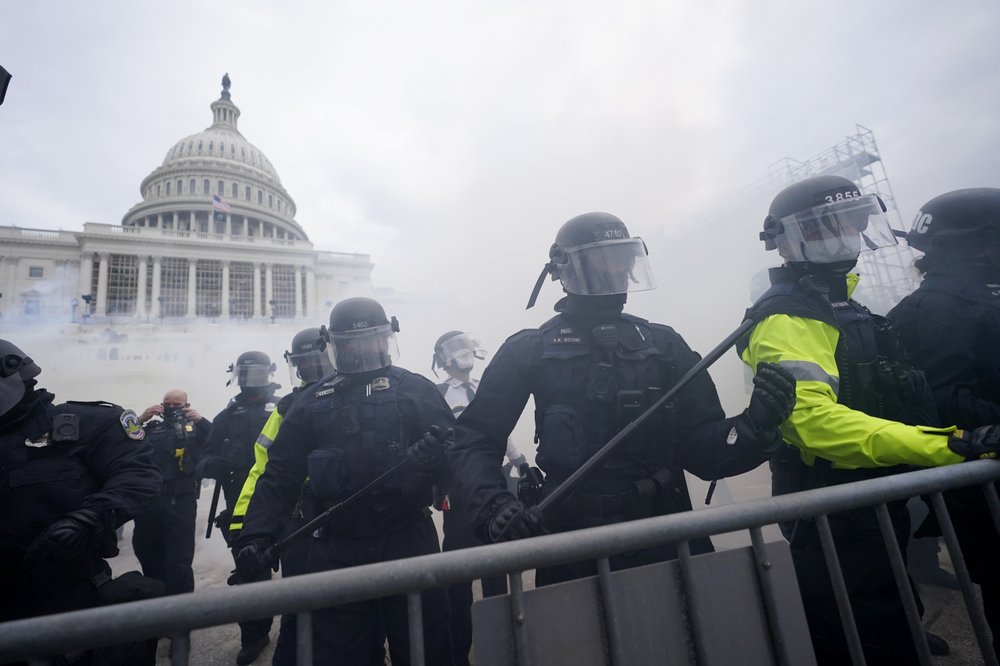 At least four people died on or near the US Capitol as President Donald Trump’s supporters rioted and besieged the federal legislature, police said Wednesday.

Police had earlier confirmed the death of one woman who was shot, and D.C. Police Chief Robert Contee further elaborated that she was shot by a plainclothes Capitol Police officer.

The woman, who authorities are not yet identifying “was transported to a local hospital where, after all lifesaving efforts failed she was pronounced deceased,” Contee said.

“This is a tragic incident and I send my condolences to the victim’s family and friends,” he added.

While the Capitol Police is a separate law enforcement agency than the D.C. police department, the latter will nonetheless launch an internal affairs probe into the shooting as it does for all police-involved shootings in the nation’s capital.

Contee said the other three deaths, which included one female and two males, involved “separate medical emergencies, which resulted in their deaths.” He did not provide any causes of death, saying the determinations will rely upon an examination from D.C.’s chief medical officer.

Trump and his police allies have for months falsely alleged that the election he lost to Biden by 7 million votes was rigged, stirring emotions among his supporters with conspiracy theories that have been repeatedly rejected in court. The Justice Department also found no evidence to support his claims of widespread voter fraud.

Trump earlier Wednesday stirred the pot during a nearby rally with his supporters just hours before the Capitol was overrun, telling them he would “never concede” defeat, alleging there was “theft involved.”

“Our country has had enough, and we will not take it anymore,” he told a mass gathering of people, many of whom likely later flooded the Capitol. “We will stop the steal.”

At least 14 police officers were injured, including one who was hurt seriously when he was “pulled into a crowd and assaulted,” Contee said. Most of the other injured officers sustained non-serious wound with the exception of one whose face was significantly injured by a thrown projectile.

At least 52 people have been arrested, the vast majority of whom — 47 — were taken into custody for violating Mayor Muriel Bowser’s curfew order, Contee said. He stressed, however, that the figure would change, saying arrests are ongoing.

Police also recovered a pipe bomb from the Democratic National Committee building and another from the Republican National Committee. A vehicle discovered on Capitol grounds was also found to have a cooler containing a long gun and molotov cocktails, Contee said.

In addition, Bowser extended a public emergency for 15 days after violent protests in the US capital, which will run through the end of Trump’s time in office, when President-elect Joe Biden will be inaugurated on Jan. 20.

Several officials from President Donald Trump’s administration resigned late Wednesday after the storming of the US Capitol.

“Violence never wins. Freedom wins. And this is still the People’s House,” Pence said in opening the session.

“As we reconvene in this chamber the world will again witness the resilience and strength of our democracy, for even in the wake of unprecedented violence and vandalism at this Capitol the elected representatives of the people of the united states have assembled again on the very same day to support and defend the Constitution of the United States,” he added.