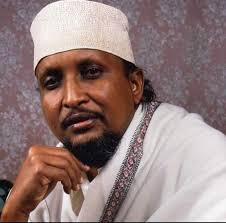 Hassan Abshir Farah will be given a state funeral Image caption

Former Somali Prime Minister Hassan Abshir Farah has died in Turkey at the age of 75.

He held the post between 2001 and 2003 under interim President Abdiqasim Salat Hassan.

He also served as the mayor of the capital, Mogadishu, in the 1970s.

President Mohamed Abdullahi Farmajo announced his death, saying Mr Farah had played “a positive role in the governance and development of Somalia”.

The government has formed a committee

to organise a state funeral for him, but no date has been set.

Meanwhile, the former president of the semi-autonomous Somali region of Puntland, Mohamed Abdi Hashi, has died in Kenya’s capital, Nairobi.

He was Puntland’s first vice-president and second president from 2004 to 2005.