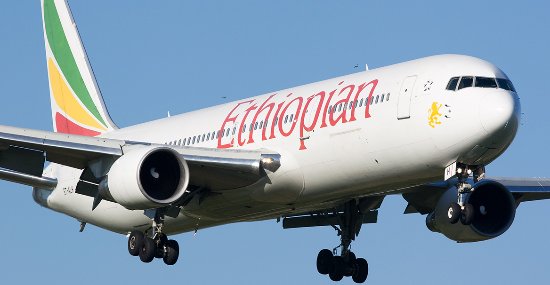 Aviation is among the biggest losers during the global lockdown imposed by the outbreak of Covid-19. Since the World Health Organization (WHO) advised against travel, countries shut their borders, airlines are forced to survive without the oxygen they breathe: passengers.How ominous that when the international price of crude oil is at its lowest, airlines remain grounded! Fuel can account for about 40% of the cost of running an airline.

There are two airlines on the continent that tell contradicting stories: Ethiopian Airlines (ET) and SAA. Both are state-owned national carriers. Both have a significant international coverage, connecting their countries to the rest of the world and to the regions in which they are domiciled. Their hubs of operation are the two largest airports in Africa; ET’s home base is Bole International in Addis Ababa while SAA rolls out of OR Tambo International.

Until February last year, OR Tambo was the largest on the continent, but with capacity of less than 20 million passengers annually.

Then Bole opened a $363 million passenger terminal, allowing it to process up to 22 million passengers, up from 7 million. This year in February, ET announced plans to build a $5 billion airport that could accommodate 100 million passengers a year in Bishoftu, a town about 60km south of Addis. The plan is on ice, thanks to the outbreak.

SAA and Ethiopian prove how leadership and focus can make a difference in deciding the fate of nations. When President Cyril Ramaphosa told the nation that the alert level of Covid-19 would fall from 5 to 4 on May 1, one had irrationally hoped he would not say the borders would remain closed.

The man is running a country – not nursing idealists. His hands are tied – even as he watches the debt-laden airline running out of runway and possibly about to demise.

ET, on the other hand, announced a loss of $550m for the four months this year but remains operational. It inaugurated a new route from Kilimanjaro to Europe last week – focusing on cargo. East Africa has suffered because of the slowdown in the demand of its flowers; the region supplies a third of Europe’s flowers. ET has diversified sources of revenue, including the ownership of five-star hotels in the airport precinct to optimise its high passenger volumes.

Even in the crisis, some airlines are in a better position than SAA, such as Ethiopian and RwandAir. They adapted their business model – moving only cargo – instead of talking about liquidation.

There are many other examples proving that we are in denial about falling behind our poorer African peers. Rwanda and Ghana deployed drones to deliver medical supplies long ago. When Covid-19 hit, they used them to monitor compliance. Tanzania, Kenya and Rwanda completed their digital migration while we were bickering over set-top encryption. Our cost of data remains uncompetitively higher than in many African countries.

We commonly do not believe other African countries can teach us anything. Yet, the 86-year old SAA looks like it’s dying from Covid-19 complications while ET could survive. One way of not wasting the crisis is for us to recognise what we can learn from fellow Africans.

* Victor Kgomoeswana is the author of the book, Africa is Open for Business, a media commentator and a public speaker on African business affairs.

The article is originally published in THE Independent- South Africa