A small country at the Horn of Africa for a great vacation at the continental Africa.

Djibouti is located in the northeast of the Black Continent on Gulf of Aden, that flows into the Red Sea. It extends over 23 thousand square kilometers, and borders with Eritrea, Ethiopia, and Somalia. It is a country of a rocky half-desert with scattered uplifts where dry and hot desert climate prevails.

On its territory live one Million people, from which two thirds in the capitol – Djibouti. The largest city is located on the coast of Red Sea. It was made by the French in the 19th century to serve as the main seaport and trade center – a title it carries even today.

Djibouti cuisine is a blend of traditional European and African tastes. Foreign influences in nutrition are a result of historical overturns on its territory. The fact that Djibouti doesn’t have fertile land and it imports most foods from other countries also had a lot to do with its highly influenced nutrition patterns.

You will also notice that local men resort to plant khat after meals, that is shipped from Ethiopia every morning. Even though it is forbidden in most western countries because its composition resembles amphetamine (chewing of this plant results in euphoria, loss of appetite, vigilance) – here it is an everyday occurrences, and a part of many local rituals.

Lake Assal is the lowest point of Africa (155 below sea level), and is also the worlds saltiest area. Temperatures here reach 57 degree Celsius, and the water is ten times saltier than any ocean. It is no surprise that nothing grows in its vicinity! Nevertheless, it is also home to indescribable beauty – especially the salt made art in the creation of Mother Nature. You can visit salt lake Abe on the border with Ethiopia where Planet of the Apes from 1968 was filmed. 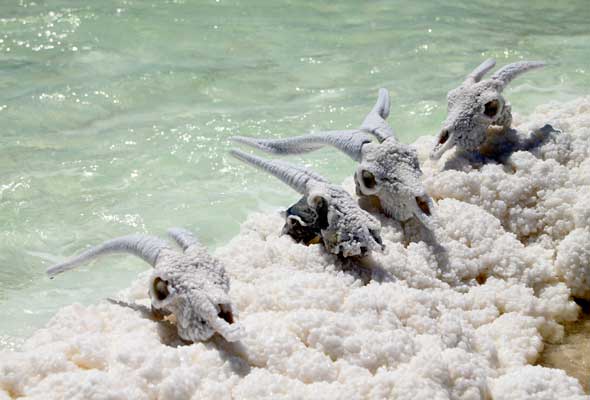 Explore Tadjoura – capitol city of Tadjoura region and gulf where it is located. It is one of the oldest cities in Djibouti that is known for its architecture. In the vicinity, on the border with Ethiopia, Volcano Manda Inakir can be found, that last erupted in the thirties of the last century.

Swimming, sunbathing, scuba diving, and underwater fishing are just some of the activities you can enjoy yourself while staying in this country. The coast of Djibouti by Red Sea extends over 300 square kilometers and is a great destination for fans of active vacations by the water.

Explore the beauties of the capitol city. At your disposal there is the presidential palace, mosque Hamoudi or the central market where you can buy many interesting handcrafts, leather items and spices. Fans of sports can visit stadium Stade du Ville, where soccer games are held.

Visit the highest peak of Djibouti! Volcano Mousa Ali (2028m) is located in the south of the country, on the border with Eritrea and Ethiopia.

Languages: Somali,  Arabic and French
Religion: Islam (94%) ; Christianity (6%)
Currency: Djibouti franc (DJF)
Visa: necessary – you can get all the information at Djibouti embassies around the world.
How to travel: via airplane – main airport of Djibouti is Djibouti – Ambouli International Airport that is located in the vicinity of the capitol city.
Diseases and prevention: Yellow fever vaccination is mandatory. A serious threat from malaria and cholera exist.
When to travel: Travel from October to March – because temperatures are much more pleasant for tourists then.
Accommodation: Hotel Djibouti Palace Kempinski in the capitol city is the right choice.
Restaurants: Restaurant Melting Pot offers a fusion of world cuisines like japanese, greek and french with the addition of African flavors – it is the right choice for all travelers.