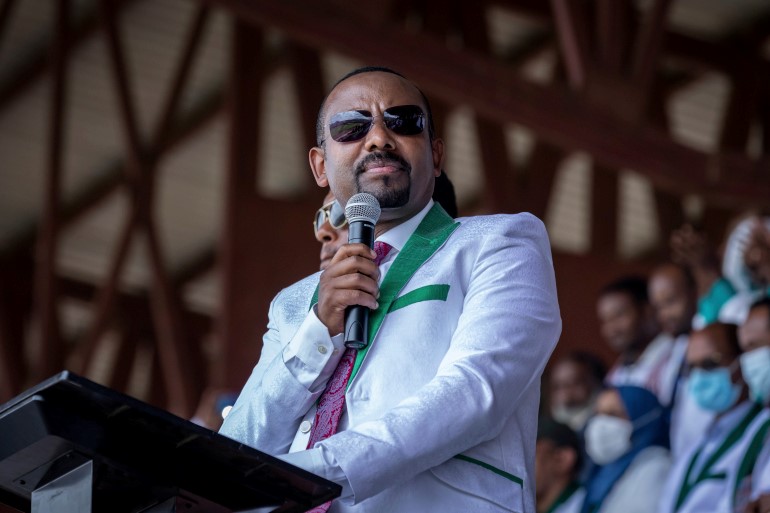 Ethiopians will vote on Monday in a landmark election overshadowed by reports of famine in the country’s war-hit Tigray region and beset by logistical problems that mean some people won’t be able to vote until September.
The election is the centerpiece of a reform drive by Prime Minister Abiy Ahmed, whose rise to power in 2018 seemed to signal a break with decades of authoritarian rule and led to his Nobel Peace Prize the following year.
He has described the poll as “the nation’s first attempt at free and fair elections.”
Abiy’s ruling Prosperity Party, formed in 2019 by merging groups who made up the previous ruling coalition, is widely expected to cement its hold on power.
The party that wins a majority of seats in the House of Peoples’ Representatives will form the next government.
“We will secure Ethiopia’s unity,” Abiy said ahead of his final campaign rally on Wednesday, repeating his vow of a free and fair election after past votes were marred by allegations of fraud.
But opposition groups have accused Ethiopia’s ruling party of harassment, manipulation and threats of violence that echo abuses of the past.
And Abiy is facing growing international criticism over the war in Ethiopia’s northern Tigray region.

Last week, humanitarian agencies warned that 350,000 people in Tigray are on the brink of famine, a crisis that several diplomats have described as “manmade” amid allegations of forced starvation.
Ethiopia’s government has rejected the figure and says food aid has reached 5.2 million in the region of 6 million.