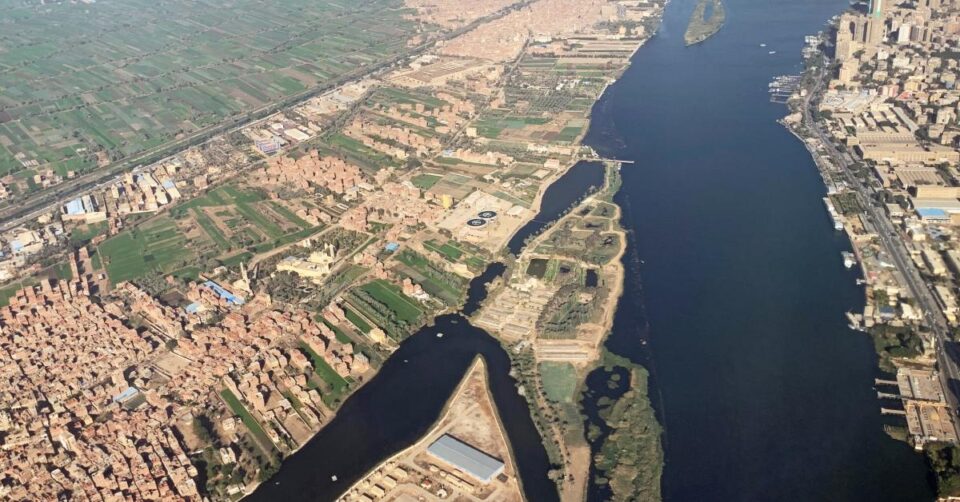 The last AU-sponsored talks on the GERD, which aimed to revive the already stalled negotiations since January, collapsed last week, with both Egypt and Sudan blaming Ethiopia’s “intransigence”

Ahmed Morsy , Saturday 10 Apr 2021
A general view of the Blue Nile river as it passes through the Grand Ethiopian Renaissance Dam (GERD), near Guba in Ethiopia. AFP

Despite the lack of an agreement in sight between the three countries over the Grand Ethiopian Renaissance Dam (GERD), Ethiopia’s Minister of Water and Irrigation Seleshi Bekele has invited Egypt and Sudan to nominate operators for its controversial dam.

Egypt and Sudan have been negotiating for almost a decade now with Ethiopia to reach a legally binding deal on the GERD, construction on which Addis Ababa started on the Blue Nile in 2011.

According to a statement issued by the Ethiopian water ministry on Saturday, it addressed the Egyptian and Sudanese irrigation ministers with letters inviting “the two countries to nominate focal persons/dam operators to exchange data among the three countries with regards to the second-year filling, which will take place in July and August 2021.”

The invitation, the statement read, is based on the consensus that was reached on the filling schedule formulated by the National Independent Scientific Research Group (NISRG).

Nominating operators soon will expedite appropriate information exchange arrangements and confidence-building measures until the conclusion of the GERD negotiation under the auspices of the African Union, the Ethiopian statement said.

The latest AU-sponsored talks on the GERD, which aimed to revive the already stalled negotiations since January, collapsed last week, with both Egypt and Sudan blaming Ethiopia’s “intransigence.”

Since last week’s stalemate, tensions have mounted over Addis Ababa’s statements that it would move forward with the second filling, which aims to fill the reservoir by 18.4 bcm of water up from the nearly 4 bcm secured during the first filling last year.

Such a unilateral move by Addis Ababa was described by both downstream countries to be “a clear violation of international law” and “threatens regional security and peace.”

The letters expressed Ethiopia’s keenness to host the first focal persons’ meeting physically or virtually, and underlined the importance of reaching an agreement on the rules and guidelines for the GERD, the Ethiopian ministry said.

Sudan and Egypt are seeking a legally binding agreement for filling and operating the near-complete GERD, rather than the “guidelines” which Ethiopia is seeking.

Sudanese Irrigation and Water Resources Minister Yasser Abbas accused Ethiopia last Wednesday of stalling to reach the second filling of the GERD, stressing that the second filling process of the GERD without a prior agreement “directly threatens Sudan and endangers the lives of 20 million citizens.”

Following last week’s deadlocked talks, Egypt’s Foreign Minister Sameh Shoukry asserted in TV statements on Tuesday that Egypt and Sudan would head to the UN Security Council to brief it on the developments of the dispute caused by the massive $4.8 billion Ethiopian hydropower project.

With Ethiopia’s intransigence during negotiations and its intended unilateral move to fill the mega dam, Sudan’s Irrigation Minister Yasser Abbas said that “all options remain open,” including resorting to the Security Council.

Egypt’s President Abdel-Fattah El-Sisi called on Ethiopia on Wednesday not to compromise Egypt’s share of Nile water, saying “all options are possible,” while stressing that “cooperation is better than fighting.”

“I say to our Ethiopian brothers, [we] should not get to a point where you infringe upon a drop of Egypt’s water because all options are open… cooperation is better… to build with each other is better than to disagree and tussle,” El-Sisi said.

The Egyptian president’s statement comes against the backdrop of media reports that Ethiopia intends to include a water-sharing deal for the Blue Nile in the GERD talks.

Such a proposal was rejected by Sudan last August, when it had threatened to withdraw from the GERD talks if Ethiopia insisted on linking an agreement on the dam’s filling to a deal on sharing the waters of the Blue Nile.

Abbas said last summer that he was “surprised” by Ethiopia’s proposal on the water shares, which he described as “dangerous.”

Smoke Rises From The Russian Embassy in Kiev