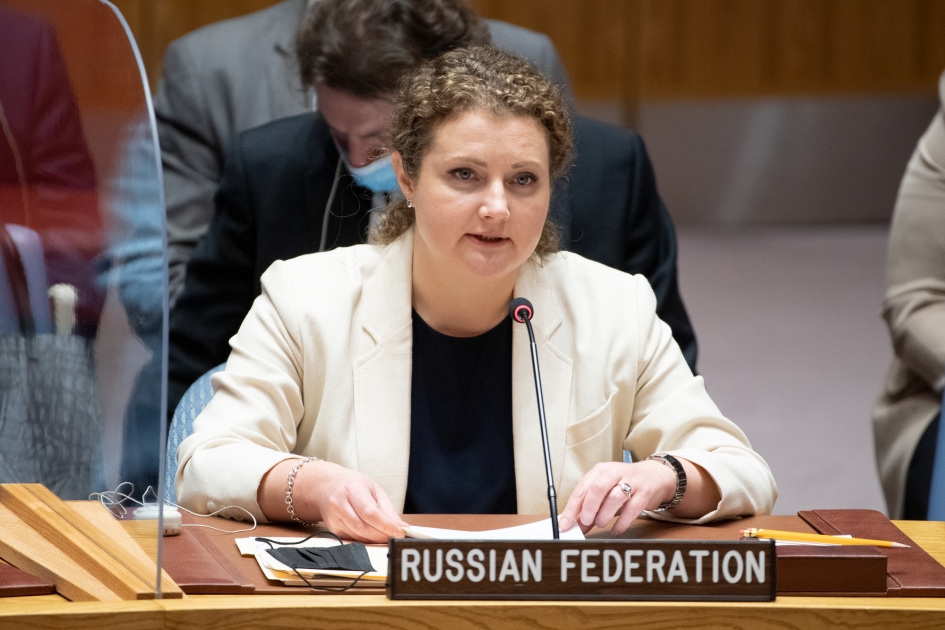 Russian Deputy Permanent Representative to the UN Anna Yevstigneyeva noted that it was important to prevent further degradation of the security situation, which was already rather critical

UNITED NATIONS, September 29. /TASS/. Russia considers it important to prevent the situation in Somalia from further deterioration against the backdrop of electoral preparations in the country, Russian Deputy Permanent Representative to the UN Anna Yevstigneyeva said.

The diplomat told the UN Security Council briefing on the situation in Somalia on Tuesday that the country needs time and favorable conditions in the political, social and security domains in order to implement the obligation according to which the share of women in the future composition of the federal parliament must stand at no less than 30%.

“Here in the Security Council we need to be guided by the political reality in the country and set priorities in a right way,” she continued. “We assume that the Council has already sent all the needed signals in its press statement dated 18 September.”

She went on to say that the main task of Somalis for the short term would be to complete their national elections.

“Unfortunately, the federal authorities had to reschedule the previously agreed dates against the backdrop of domestic political destabilization,” Yevstigneyeva continued. “Now the electoral prospect can be expected to conclude no sooner that at the end of November.”

“Besides, it is important to prevent further degradation of the security situation, which is already rather critical,” she said, noting latest terrorist attacks by the Al-Shabaab militant group.

The Russian side expects the UN Secretary-General, the African Union, and Somalia itself to articulate proposals as to parameters of further presence of AU peacekeeping mission in the country, as stipulated in UNSC Resolution 2568.

The Russian deputy UN envoy went on to say that humanitarian situation in Somalia remained complicated.

“According to the recent data, the number of people in need of food assistance and social care has reached almost 6 million. Approximately 4 million people are exposed to especially great risks. The number of refugees and IDPs is growing,” she said.