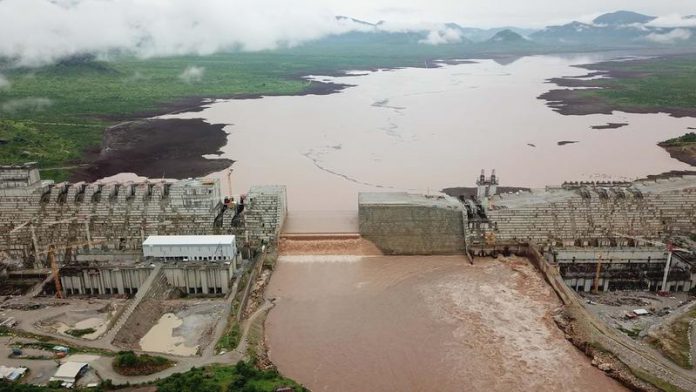 The AU-led tripartite negotiations among Ethiopia, Sudan and Egypt on the GERD will resume this afternoon after they were suspended for two weeks. The first round of talks was suspended on July 13, 2020 after 11 days of negotiations held virtually on the first stage filling and operation of the dam.

According to a statement posted on the Ministry of Water, Irrigation and Energy official Facebook page, this week’s negotiations will take place for the next one week.

The negotiations will deliberate on the directions set by leaders of the three countries as per the document tabled for them following the first round of negotiation, it said.

According to the Ministry, the Government is committed to working towards the end of the negotiations in a mutually beneficial way for all parties. Ethiopian completed the first stage of filling the dam late July.

Both Egypt and Sudan, concerned that the dam will reduce the Blue Nile’s flow, want a binding agreement that will guarantee that a certain amount of water will still flow downstream while the initial filling completed positively.

Ethiopians are now relating their pride with the dam. On Sunday, citizens were expressing their joy in the streets of the capital as per the successful initial filling of the mega project.

When fully completed, the GERD will be the largest hydroelectric dam in Africa and Ethiopia sees it as key to achieving economic stability and for raising citizens out of poverty.