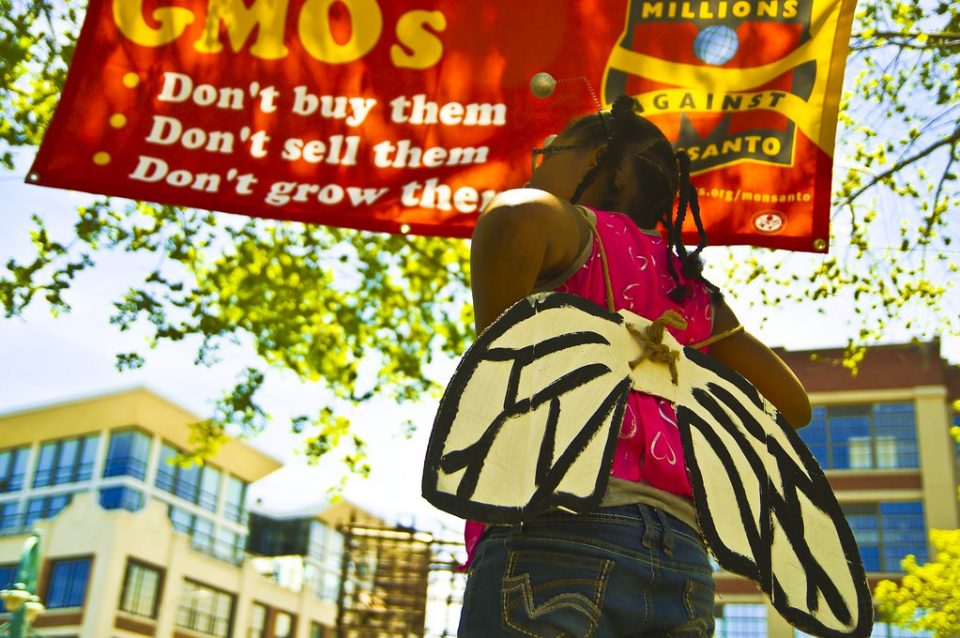 As COVID-19 continues to lay bare the deficiencies in the global food system, imagining new food futures is more urgent than ever. Recently, some have suggested that seeds that are genetically modified to include pest, drought, and herbicide resistance (GMOs) provide an avenue for African countries to become more self-sufficient in food production and less reliant on global food chains. Although we share the desire to build more just food systems, if history is any indicator, genetically-modified (GM) crops may actually render African farmers and scientists more, not less, reliant on global actors and markets.

In a paper we recently published in African Affairs, we trace a nearly 30-year history of collaborations among the agribusiness industry, US government agencies, philanthropic organizations, and African research councils to develop GMOs for African farmers. We found that these alliances, though impressive in scope, have so far resulted in few GMOs reaching African farmers and markets. Why, we ask, have efforts to bring GMOs to Africa yielded so little?

One reason, of course, is organized activism. Widespread distrust of the technology and its developers has animated local and transnational social movements that have raised important questions about the ownership, control, and safety of GM crops. But another issue has to do with the complex character of the public-private partnerships (PPPs) that donors have created to develop GM crops for the continent. Since 1991, beginning with an early partnership between the US Agency for International Development (USAID), the Kenyan Agricultural Research Institute, and Monsanto to develop a virus resistant sweet potato (which never materialized), PPPs have become a hallmark of GMO efforts in Africa. This is mainly so for two reasons. The first is that GM technology is largely owned and patented by a handful of multinational corporations, and, thus, is inaccessible to African scientists and small to mid-sized African seed companies without a partnership agreement. The second is that both donors and agricultural biotechnology companies believe that partnering with African scientists will help quell public distrust of their involvement and instead create a public image of goodwill and collaboration. However, we found that this multiplicity of partners has created significant roadblocks to integrating GMOs into farming on the continent.

Take the case of Ghana. In the mid-2000s, country officials embarked on an impressive mission to become a regional leader in biotechnology. While Burkina Faso had been growing genetically modified cotton for years, Ghana sought to be the first West African country to produce GM food crops. In 2013, Ghanaian regulators thus approved field trials of six GM crops, including sweet potato, rice, cowpea, and cotton, to take place within the country’s scientific institutes.

However, what began as an exciting undertaking quickly ran into the trouble. Funding for the sweet potato project was exhausted soon after it began. Meanwhile, cotton research was put on indefinite hold in 2016 after Monsanto, which had been supplying both funding and the Bt cotton seed, withdrew from its partnership with the Ghanaian state scientific council. Describing its decision, a Monsanto official said that without an intellectual property rights law in place—a law that has been debated in Ghanaian parliament and opposed by Ghanaian activists since 2013—the firm could not see the “light at the end of the tunnel.”

Monsanto was also embroiled in legal matters in Burkina Faso, where their Bt cotton had unexpectedly begun producing inferior lint quality. Meanwhile, Ghanaian researchers working on two varieties of GM rice had their funding reduced by USAID, the main project donor. This left them with insufficient resources, forcing the team to suspend one of the projects. The deferment of both the cotton and one of the rice projects dealt a blow to the Ghanaian scientists who were just a year or two away from finalizing their research.

In many ways, the difficulties presented here from both Ghana and Burkina Faso suggest that efforts to bring agricultural biotechnology to Africa are a house of cards: the partnerships that seem sturdy and impressive from the outside, including collaborations between some of the world’s largest philanthropies and industry actors, are actually highly unstable. But what about the situation in other countries?

Both Nigeria and Kenya have made headlines recently for their approval of GM crops. The news out of Nigeria is especially impressive, where officials recently approved a flurry of GMO applications, including Bt cotton and Bt cowpea, beating Ghana to permit the first genetically modified food crop in West Africa. Kenya also approved the commercial production of Bt cotton, an impressive feat considering the country has technically banned GMOs since 2011. Both countries, which have turned to an India-based Monsanto subsidiary for their GM seed supply, hope that Bt cotton will help revitalize their struggling cotton sectors. While biotech proponents have applauded Nigeria and Kenya for their efforts, it will take several growing seasons and more empirical research to know how these technologies will perform.

As the cases described here demonstrate, moving GMOs from pipeline to field is not simply a matter of goodwill or scientific discovery; rather, it depends on a multitude of factors, including donor support, industry partnerships, research outcomes, policy change, and societal acceptance. This complex choreography, we argue, is embedded in the DNA of most biotechnology projects in Africa, and is often ignored by proponents of the technology who tend to offer linear narratives about biotech’s potential to bolster yields and protection against pests and disease. As such, we suggest the need to exercise caution; not because we wish to see the technology fail, but rather because we are apprehensive about multi-million dollar collaborations that seemingly favor the concerns of donors and industry over those of African scientists and farmers.

The notion of public-private partnerships may sound good, but they cannot dispel the underlying interests of participating parties or the history and collective memory of previous efforts to “improve” African agriculture.

Source: Africa is a country