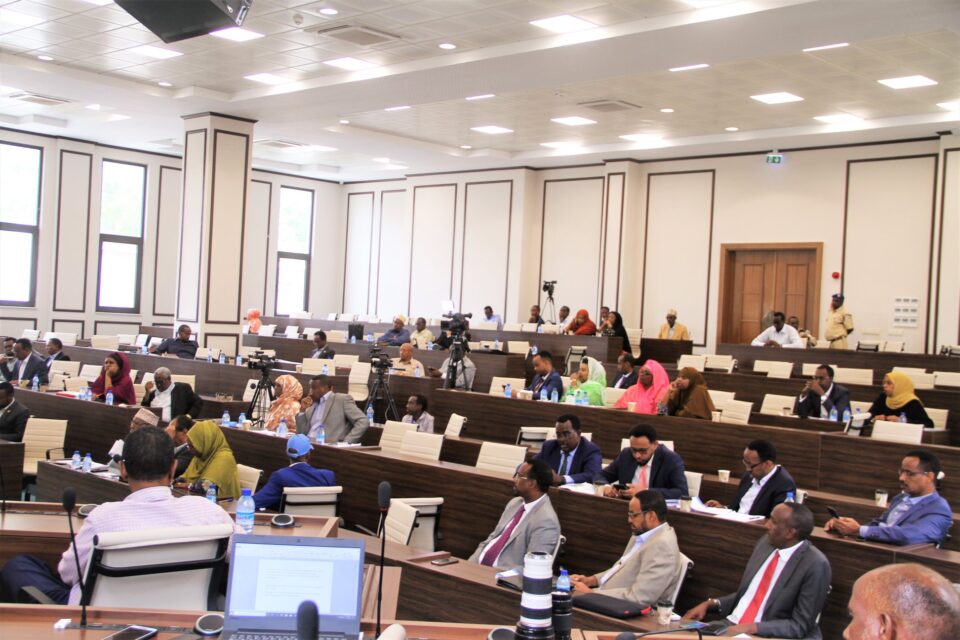 Somalia’s Parliament has extended its mandate and that of President Mohamed Farmaajo by two years, giving the incumbents some respite but creating a potential opposition from the international community and some aspirants.

The decision was reached on Monday after an emergency assembly of the Lower House saw some 149 MPs vote to extend their mandate with three voting against and one abstention. The House usually has 275 MPs.

President Farmaajo welcomed the decision, saying it will correct the incessant disagreements on the electoral model.

The MPs say the two years should provide enough time for the country to be ready for universal suffrage, something it had failed to organise in four years.

“His Excellency, President Mohamed Farmaajo urges the citizens to seize the historic chance to choose their destiny as the House of the People voted to return the elections mandate to the people.

“This followed after the failure of FMS members to support the implementation of the initial Sep 17, 2020 Agreement,” said a statement from Villa Somalia, Farmaajo’s official residence in Mogadishu.

The decision may undercut the calls by the international community and opposition groups who had opposed extension of mandate and any moves that could jeopardise the implementation of an indirect election based on an agreement reached on September 17, 2020.

On Monday, the group said it will not accept the move by Parliament. The argument by the opposition is that the mandate of the MPs had expired last year in December.

The group argued the Senate, which is the Upper House of Parliament, accepts that the term of parliament expired. Senate Speaker Abdi Hashi had joined the opposition caucus to oppose any delays in elections as well as proper vetting of members of the electoral management bodies.

“Somalia’s legitimate representatives retook the task of legislating for national elections after some of you undermined Sept 17 elections agreement by misleading Deni  and company,” said Adam Aw Hirsi, a former government official in Somalia, and now an analyst of regional politics, directing his comment to the donors.

He was referring to Presidents of Puntland and Jubbaland who fell out with President Farmaajo last week.

“Now, do not embarrass yourselves by doubling down, ” he added.

The motion may have passed with the majority of those present voting for it. But the sessions had been preceded with controversy after Sadid John, the Commander of the Benadir Regional Police force was fired for ordering a blockage of parliament premises.

Under the agreement signed by President Farmaajo and leaders of five federal states; an indirect election was to be based on delegates nominated by elders in conjunction with the electoral management bodies. The delegates were to elect MPs who in turn vote for the president.

But the parties disagreed on who should be members of the electoral commission, security arrangements and venue of the polls in some of the federal states.

Last week, the parties fell out for the fourth time, failing to agree on the way forward and making no arrangements to return to the table. Opposition groups and donors demanded resumption of talks. They didn’t.

“Farmajo’s train has arrived at the station it had been running towards. Many people who were unsure about his intention now know better,” said Mr Abdishakur Abdirahman, leader of Wadajir Party and a presidential aspirant.