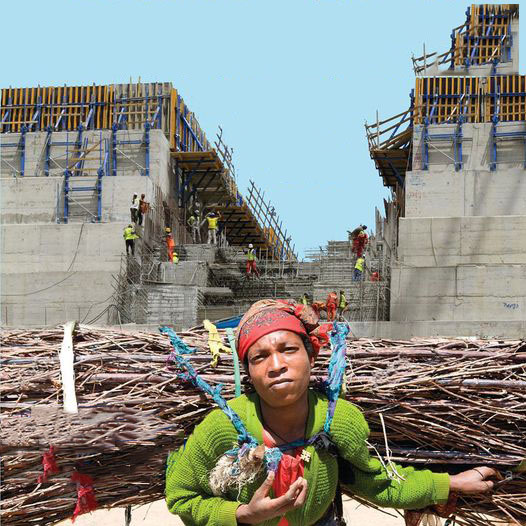 Ethiopia needs to effectively make use of citizen diplomacy to make its side of the story heard and harness the benefits in the negotiation of the Grand Ethiopian Renaissance Dam (GERD) and Nile waters talk.

Endale Nigusse, Diplomacy and International Relations Lecturer at Civil Service University told The Ethiopian Herald that ever since the establishment of the League of Nations, diplomacy has been transferred from bilateral to that of multilateral one.

“Here, government organizations, NGOs as well as individual citizens participate in diplomacy. Then public diplomacy comes. Particularly, after the end of the cold war, public diplomacy was widely used,” he said.

As to the lecturer, in public diplomacy, all citizens are considered owners of a national issue. As the world’s politics is vast and dynamic, the government alone could not be effective in handling diplomacy.

Before the reform, Ethiopian diplomacy focused only on investment, Endale went on to say. “In addition, as it was established on a network, the diplomacy was sick. It did not represent the country and its citizens as it used to voice the voice of the ruling party.”

Since the start of the reform, the major change in the diplomatic sphere is that it becomes citizen-centered. Now it is the citizens who are the ambassadors of their country. “If each and every citizen does not actively take part in the diplomatic life, it would be impossible for the country to get rid of poverty and backwardness,” Endale said.

During GERD’s negotiation, Egypt has been trying to make Ethiopia appear bad by portraying as if all its intentions are meant to monopolize the Nile waters. “Egyptians went as far as claiming that they are the sources of the Nile and they have been making a lot of propaganda to shape the mentality of their people.”

This, as to Endale, is the result of lack of strong tradition of public diplomacy on the Ethiopian side in the past. But since recent times, things have started to change.

Despite the differences in ideology, the majority of Ethiopians at home and aboard stood together in harmony when it comes to the issue of GERD. This shows that Ethiopians could play an important role in public diplomacy when it comes to key issues of national interest.

Had the country adopted a better diplomatic approach earlier, it would have been able to convince its neighbours the fact that it doesn’t have any intention to harm their interests by constructing GERD.

Citing the Nobel award, green legacy, the contribution of the country to African countries in the fight against COVID-19 and other good deeds, he said, there is a lot of room for citizens to engage in effective public diplomacy.

Public diplomacy will have a huge impact on regional issues considering the fact that Ethiopians share a lot of cultural and linguistic similarities with their neighbours. Further, as Ethiopia has a large number of populations overseas, the Diaspora could do a lot in the public diplomacy podium, he underlined.

Sultan Kassim, a law lecturer at Haromaya University said what differs citizen diplomacy from formal diplomacy is that ordinary citizens are active participants in the former. “Citizens play a key role in building the image of their country and protecting the country’s interests.’’

During GERD’s negotiations, besides promoting Ethiopia’s stance, Ethiopians could play a constructive role through public diplomacy by presenting the fact that Ethiopia does not have any intention of harming the interests of lower riparian countries by constructing the Dam and creating trust among the peoples of the basin. “Public diplomacy could play a key role in clearing various misconceptions.”

Compared with the experiences of other countries, citizen diplomacy has not been properly utilized in Ethiopia and as GERD negotiations clearly showed it is time to change this fact. “In doing so, we have to be able to plan citizen diplomacy with a purpose in mind.”