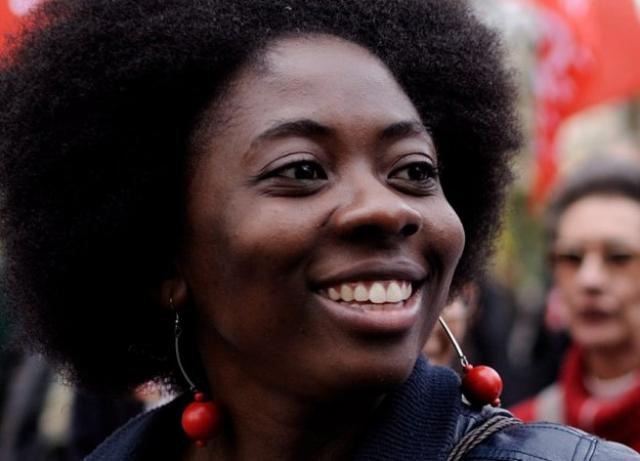 Valeurs Actuelles, a far-right magazine, has drawn criticism from across the French political spectrum for a cartoon portraying Danièle Obono, a black member of the National Assembly, as a slave in chains. The racist cartoon accompanied a fictional story in which Obono finds herself sold into slavery by Africans in 18th-century Chad. An investigation has been launched by the justice system.

The magazine’s story and accompanying cartoon is doubly racist. First, it is hardly a coincidence that Obono, who was born in Gabon, was chosen as the protagonist of the fictional narrative: she is one of only around 25 black members of parliament. The MP has become a hate figure for the far-right because of her perceived proximity to groups such as the Indigenous People of the Republic Party, which advocates decolonial politics – a taboo in French public discourse.

Second, the story fits into a long pattern of white people, from the Old World and New alike, deliberately playing up the role of Africans in the slave trade in order to exculpate Europeans from guilt. The Valeurs Actuelles story was taglined: “In which the deputy from the France Unbowed party experiences for herself the responsibilities of Africans in the horrors of the slave trade.”

“When right-wing writers attempt to divert this discussion to the so-called “African” responsibility for the slave trade they are simply avoiding their own responsibility in perpetuating very old stereotypes of African populations and keeping racism and white supremacy alive,” Ana Lucia Araujo, a historian of slavery, told the New Statesman.

African traders played a crucial and long-misunderstood role in the slave trade, capturing and handing over slaves to white Europeans. The 1977 TV show Roots showed many Americans for the first time how African slavers contributed to the slave trade, selling the protagonist, Kunta Kinte, to the British. Mathieu Kérékou, a former president of Benin, which as the Kingdom of Dahomey sold hundreds of thousands of Africans into slavery, apologised in 1999 to African-Americans for his country’s role in the “abominable” slave trade.

But the Valeurs Actuelles story, written by a pseudonymous author, was not intended to educate but to harass. It is a bizarre work of political fanfiction, using the past as a fig leaf to comment on the present. The subtext to the story is that Obono’s anti-racist activism misstates the real dynamics of the slave trade, suggesting that her views on contemporary politics are wrong as a result. In a pseudo-apology published by the magazine, its editorial team stated that the goal of the story was to fight the “falsification of history” perpetuated by “decolonial activists and dismantlers of history”. The magazine explained that they had chosen Obono because of her supposed adherence to such erroneous theories.

The symbolism of drawing a black member of parliament as a slave – a trade in which France played a crucial role for hundreds of years – is unmistakable. It is an extreme example of the widespread racism in the French press, which frequently targets French people of Arab and black African descent. Valeurs Actuelles has in the past appeared with covers terming a Muslim minister “the ayatollah” or disparaging “anti-white racists” above a photo of Lilian Thuram, a black football player who criticised white supremacy in French society.

Valeurs Actuelles (to which president Emmanuel Macron gave a controversial interview last year, calling the magazine “very good”) is the most extreme publication on newsstands, but even more respectable newspapers have published such inflammatory articles, such as an infamous 1991 Le Figaro cover featuring a likeness of the national symbol, Marianne, in a veil, asking: “Immigration or invasion?” Other magazines such as L’Express fret about “the West versus Islam”.

“In France, women in politics are often attacked for doing their jobs – and this is even more the case for female politicians of colour. Just because we are talking about this publication now, does not mean that racism isn’t happening away from the spotlight,” Gwendoline Delbos-Corfield, a French MEP for the Green Party, told the New Statesman. “President Macron’s granting an interview to this magazine gave it more credibility, and seemed to normalise their extreme ideas.”

Condemnation of the cartoon spanned the entire political spectrum, from Obono’s own France Unbowed party to Marine Le Pen’s National Rally. Whether this incident will lead to a long-overdue reckoning about how far the all-encompassing pretext of laïcité can be used as a thinly veiled cover for the basest instincts remains to be seen.

Ido Vock is international correspondent at the New Statesman.

The artice first appeared on NewStatesman