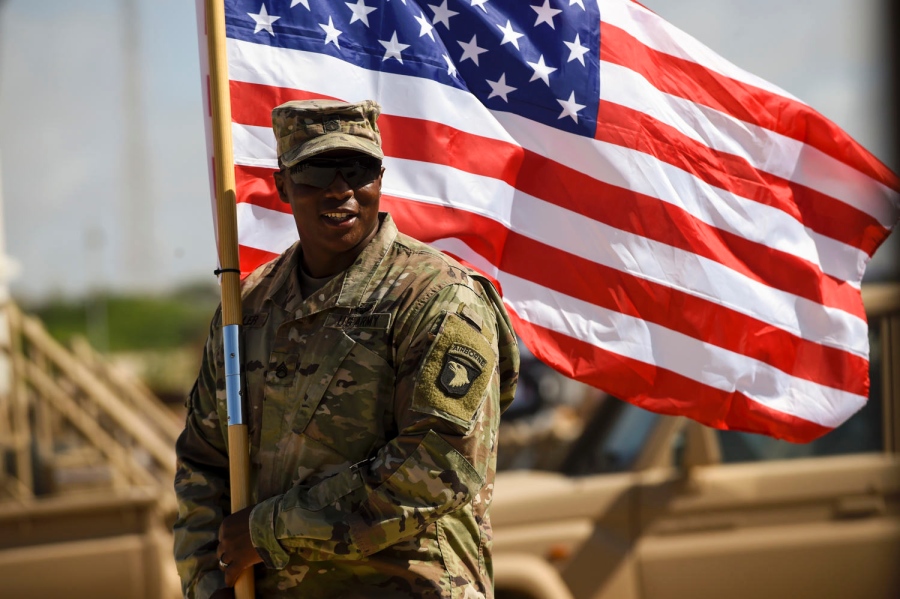 The United States has effectively been at war with the Harakat Shabaab al-Mujahidin (known as al-Shabaab) for well over a decade, but the costs and risks are rising and there is no end in sight. My research suggests the United States should stop framing its strategic goal as victory over al-Shabaab and instead focus on achieving political reconciliation between Somalia’s main conflict parties. To achieve this objective, the United States should support a negotiated end to the war and be willing to place greater conditionality on its three main sources of leverage with the Somali authorities: security force assistance, military operations, and potential debt relief. However, Somalia’s fragmented local politics means that two linked peace deals are required to end the war. First, Washington should invest more diplomatic muscle to secure a deal that unites Somalia’s federal government and the country’s regional administrations (known as federal member states). Second, once such a deal is secured, the United States should then support the idea of the newly unified Somali authorities negotiating with al-Shabaab to end the civil war.

Washington has been part of an international military coalition to help stabilize Somalia since 2007. This coalition currently includes a large African Union force, two United Nations missions (one providing political support and one providing logistical support), several European Union missions, troops from neighboring Ethiopia and Kenya, training and support missions by the United Kingdom and Turkey, as well as various local Somali forces.

Despite the coalition’s efforts, the war has become one of attrition, effectively stalemated since at least 2016. There has been very little change in terms of the territory controlled by the main conflict parties across south-central Somalia, while sometimes deadly infighting between the Somali federal government and regional administrations persists. Just recently, U.S. Africa Command assessed that during the final quarter of 2019, there was no significant progress towards the goal of creating a “security cocoon” around the capital, Mogadishu. Slightly better news came after the first quarter of 2020, when the command determined there had been “incremental progress” to disrupt al-Shabaab (and the Islamic State) in Somalia “through airstrikes, support to partner-led ground operations, and information operations.”

Today, there are no signs that either the Somali authorities or al-Shabaab can achieve a decisive victory or that they are ready to negotiate. Indeed, both sides can point to somewhat positive trends in their ability to accomplish their goals. Al-Shabaab’s leadership likely feels it’s had a relatively successful few years of destabilization, harassment, and extortion. It continues to make enough money to carry out regular attacks, has maintained its recruitment, and is still able to infiltrate its opponents. It also still deeply distrusts the Somali authorities, especially after some botched attempts to rehabilitate senior al-Shabaab defectors. Officially recognized by the United States in January 2013, the Somali federal government has also shown little appetite for political dialogue, even with the country’s regional administrations and some international partners, let alone al-Shabaab. Instead, the federal government points out that its national army is finally starting to field some new units — courtesy of U.S., Turkish, E.U., and U.K. training programs — and the country is on the cusp of receiving significant debt relief from the international financial institutions.

The public rhetoric of both sides thus continues to be about victory, either by crushing or outlasting their opponent. For the United States, however, the continued stalemate leaves it without a clear strategy for ending its military engagement in Somalia, which has intensified under the Trump administration. Moreover, mounting costs and shifting national security priorities away from the “war on terror” also underscore questions about why the United States should be militarily engaged in Somalia at all.

The answer is that the United States has real but limited national security interests in stabilizing Somalia. Successive administrations have recognized this and pursued this goal using military and political means. Politically, Washington has tried to help build an effective set of Somali state institutions, including security forces, while also implementing some humanitarian and development initiatives. Militarily, the United States has tried to degrade and contain al-Shabaab by providing training, equipment, and funds to the African Union force and its contributing countries, giving bilateral security force assistance to Somalia’s neighbors, and helping to build elements of the reconstituted Somali National Army. The United States has also conducted its own operations, nowadays most frequently in the form of airstrikes.

Despite all this activity, the U.S. war against al-Shabaab has only intermittently captured media headlines. When it has, attention usually focuses on the Trump administration’s increasing use of airstrikes, alleged civilian casualties caused by them or U.S. ground operations, or deadly al-Shabaab attacks, especially those involving Americans. The latest U.S. fatalities came in January 2020 when al-Shabaab attacked the Manda Bay naval base in Kenya, killing three U.S. security personnel (one servicemember and two Department of Defense contractors). In a statement to the U.S. Senate Armed Services Committee shortly after the Manda Bay attack, the commander of U.S. Africa Command described al-Shabaab as “the largest and most kinetically active al-Qaeda network in the world,” and as being the “most dangerous to US interests today.” The assault was an escalation inasmuch as it was the first time al-Shabaab had attacked a military base outside Somalia. But it was just the latest in their long-running transnational campaign, including a laptop bomb on a commercial flight departing Mogadishu in February 2016; the massive truck bomb in central Mogadishu in October 2017; and attacks on Nairobi’s Dusit D2 hotel in January 2019, and on the U.S. airfield at Baledogle, Somalia, in September of that year.

What these stories usually miss, however, is the fact that United States policy on Somalia has been broadly consistent in its strategic aims across several administrations. Nor has there been much discussion of how the U.S. military engagement is likely to end.

In my recent analysis of U.S. policy in Somalia since the late 1990s, I examined the multiple lines of effort through which it has been implemented and whether it is working. The record is distinctly mixed. U.S. military engagement has delivered some operational and tactical successes — including killing several senior al-Shabaab figures and limiting their ability to muster for large attacks on African Union and Somali forward operating bases. But it has been unable to alter the strategic terrain of the conflict and break the stalemate. On the political track, Washington’s efforts have been frustrated by the understandable reluctance to pour large amounts of resources into Somalia’s fragmented and notoriously corrupt political system. As a result, I suggest that it is time to stop framing the strategic goal as victory over al-Shabaab and instead focus on achieving political reconciliation between Somalia’s main conflict parties.

The path to reconciliation is through negotiations. Consequently, neither intensifying airstrikes alone nor disengaging militarily from Somalia — as long called for by some critics of existing U.S. policy — represent the best way forward. Instead, Washington’s priority should be to invest more diplomatic muscle to secure two linked negotiated settlements: one to unite Somalia’s fractured federal and regional governments, and, later, a second deal to end the civil war with al-Shabaab.

The first settlement would involve the United States redirecting more of its financial and political leverage toward securing a genuine political deal between the federal government and Somalia’s federal member states (Jubaland, Southwest, Galmudug, Hirshabelle and Puntland). This deal ought to clarify the outstanding details of federal governance for Somalia and set out a new, comprehensive security strategy for the country. Concluding a genuine political deal between these actors will not be easy. But without it, Somalia will not be able to implement a new national security architecture or build an effective set of national security forces, and the bloody stalemate will continue. Forging such a deal will require buy-in from key Somali stakeholders. To achieve that buy-in the federal government will need to adopt a less antagonistic and domineering approach toward the federal member states and be willing to engage in sustained dialogue with them and other parliamentarians and opposition parties.

Successive U.S. administrations have supported the objective of an agreement along these lines but thus far without success. The U.S. role should be to facilitate that dialogue — even though it can only succeed if the key Somali stakeholders prove willing to compromise. However, the United States should show greater willingness to place conditions on its security force assistance, airstrikes, and potential debt relief to the Somali government to generate political leverage. Even if the United States uses such sources of leverage effectively, a deal is unlikely to come soon because most domestic political activity in Somalia will be focused on the run-up to the country’s next presidential election (planned for late 2020 or 2021). In addition, the United States will need to ensure that the impact of its pressure and conditionality are not undermined by other external actors, including Turkey, Ethiopia, Saudi Arabia, the UAE, and Qatar.

If the federal government and federal member states can reach a settlement, the United States should then support peace talks between the newly reconciled Somali authorities and al-Shabaab. This would raise a whole host of practical questions about the format, sequencing, and content of such talks. The details should, of course, be determined by the primary parties to the conflict, and here the United States should take a backseat role. But it is clear that any talks would need careful calibration between the federal government, the federal member states and relevant clan leaders, as well as al-Shabaab. It would also be important for Washington to signal that the exit of the African Union peace force would be tied to al-Shabaab participating in a negotiated settlement.

In the interim, the strategic function of U.S. military strikes should be framed as coercing al-Shabaab’s leadership to negotiate rather than degrading the organization as a whole and disrupting its recruitment, training and ability to conduct attacks. If preliminary talks were to begin in earnest, Washington could even signal that subsequent U.S. strikes would be for collective defense purposes only — i.e. to protect international and Somali security personnel —and take greater precautions so as to harm as few civilians as possible. This would deprive al-Shabaab of one source for its recruitment and propaganda.

In the unlikely event that the federal government or al-Shabaab do somehow gain a significant upper hand militarily, there is no avoiding a negotiated settlement of some sort with the other’s supporters. Battlefield successes are useful to bolster morale on the victorious side and persuade the enemy that negotiation is best. But even with battlefield victories, the federal government won’t be able to impose terms that al-Shabaab’s supporters find intolerable, nor would al-Shabaab be able to eradicate international recognition of Somalia’s federal government. Any end to the war must therefore include setting out the losing side’s legitimate place in any new political dispensation. It would certainly be better for Somali civilians if such negotiation happens sooner rather than later. The alternative is that they continue to bear the brunt of this deadly war.

For outside parties that want to stabilize Somalia, this suggests that the principal objective should be framed as political reconciliation rather than military victory. Again, it would be better to do this sooner rather than later. Moving forward, therefore, Washington should focus on increasing its diplomatic muscle to encourage these two sets of negotiations. This is preferable to both the main alternatives: continuing the business-as-usual approach of the last decade or abruptly disengaging militarily before the Somali security forces are able to stabilize the country.

Sourced from: War On The Rocks

Is Egypt pitting Sudan against Ethiopia?