Lawyers across Africa are seeing the recent violence that engulfed Uganda as early warning of Yoweri Museveni’s plan to steal another election and as part of a pattern by African leaders in many countries to hold onto power and to use Covid-19 restrictions as one of the means to suppress political opposition.

Deadly protests erupted in Uganda following the arrest and detention of two presidential candidates, Bobi Wine of the National Unity Platform (NUP) and Patrick Oboi Amuriat of the Forum for Democratic Change (FDC) on 18 November 2020. The two were arrested for allegedly violating standard operating procedures set by the Ministry of Health and the Electoral Commission to combat the spread of Covid-19, while campaigning ahead of the general elections slated for January 2021. 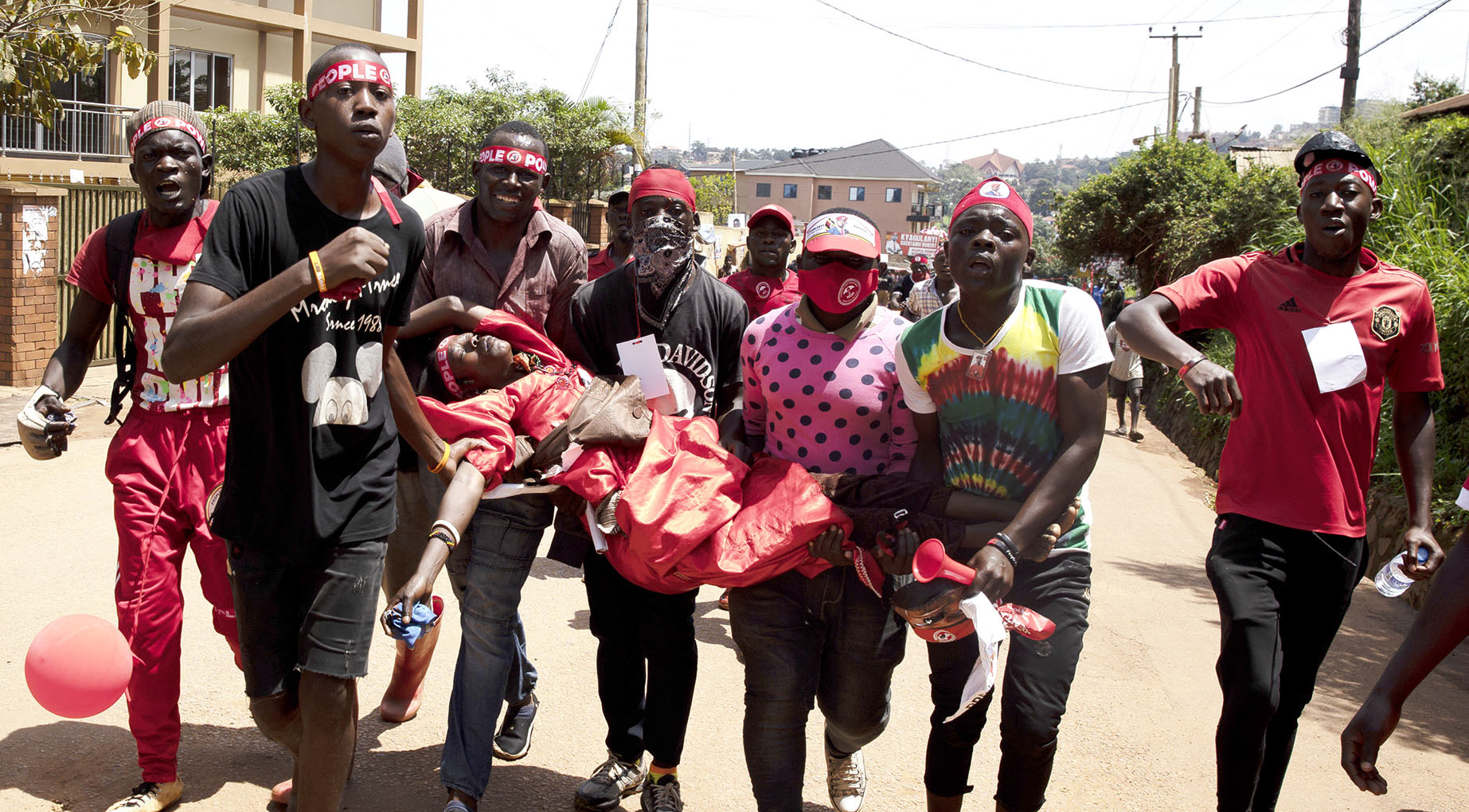 The arrests fuelled protests in major cities like Wakiso, Jinja and Masaka, and in the capital, Kampala, and its suburbs. Images of barbaric actions bring into question the quality of policing and the issue of accountability for human rights violations. The police were caught on camera detonating teargas canisters directly into the faces of members of the public standing in front of them or in peoples’ cars, homes or offices.

According to police, 50 people died, 836 were arrested, 330 remanded and 633 were in custody pending court trial, while hundreds were seriously injured. A leading television station, NTV Uganda, said officers had confiscated equipment as one of its reporters covered the protests. 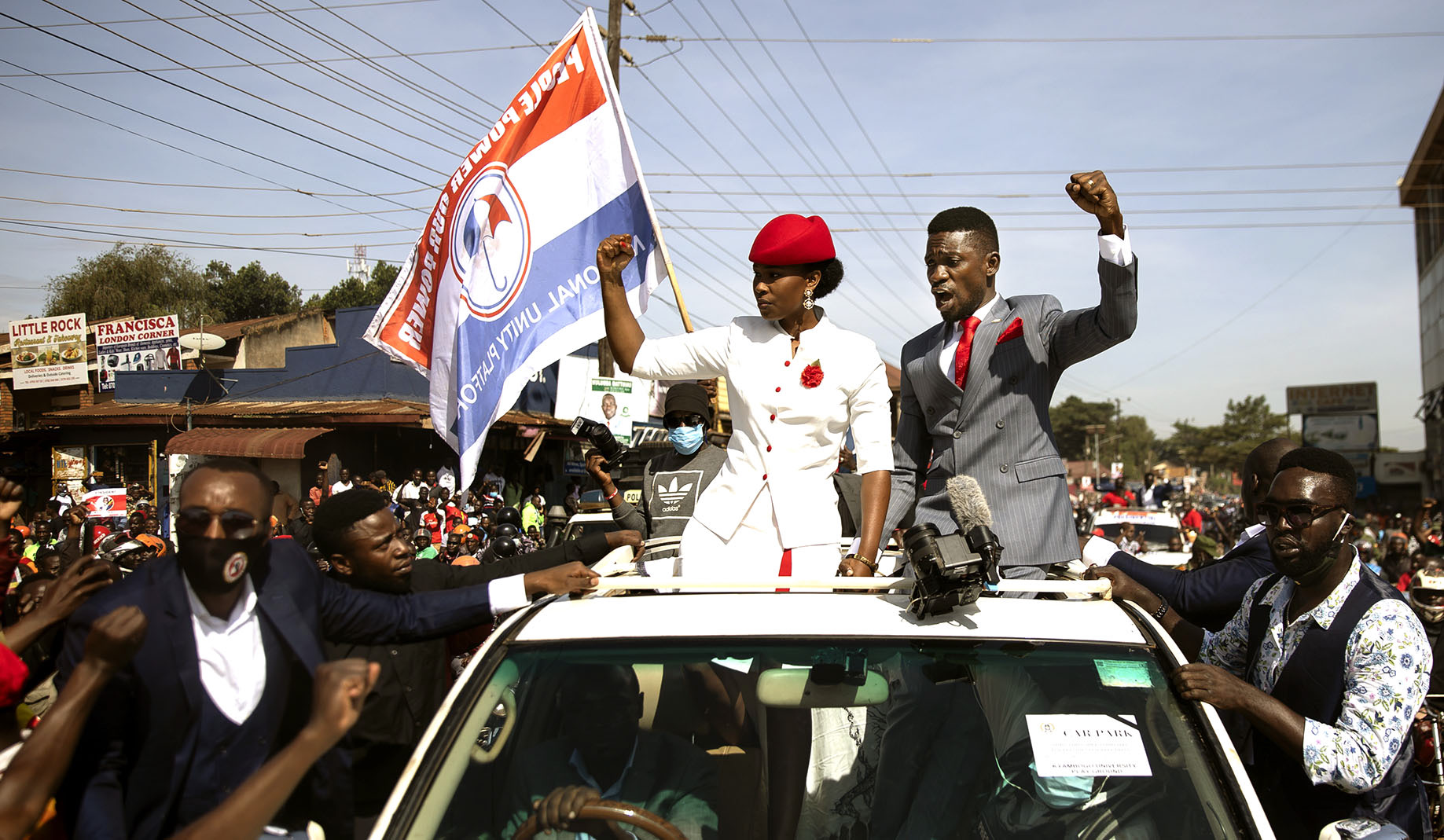 Following these developments, African jurists, under the umbrella body of the Africa Judges and Jurists Forum (AJJF), have condemned the horrific political violence, and called on the government of Uganda to stop the use of state violence against the population, allow and facilitate equal electoral competition and adhere to the tenets of the rule of law.

In a statement issued on 25 November, the AJJF President and retired Chief Justice Willy M Mutunga of Kenya noted that:

“The Constitution of Uganda, like the African Union and the United Nations human rights agreements that the country committed to, protects the sanctity of life. The scale of police brutality in quelling the protests continues to shock our conscience and we unreservedly condemn it as there was simply no known excuse under the law that could have justified it.”

AJJF pointed out that the threat against protesters, which was issued by Security Minister Gen Elly Tumwine, if effected, would precipitate egregious violations of human rights law and accelerate Uganda’s descent into anarchy. The minister is on record for saying police in Uganda have a right to shoot protesters dead if “attacked” or if they “reach a certain level of violence.”

The forum has expressed grave concern that such pronouncements by a senior government minister could be operationally interpreted by security agencies as a shoot-to-kill order, stressing further that such policy would be anathema to the constitution of Uganda, regional and international human rights law.

Are Covid-19 restrictions a pretext to suppress opposition ahead of elections?

While noting that holding elections during the coronavirus pandemic poses serious health challenges, AJJF emphasised the importance of ensuring that any restrictions imposed to curb the spread of the virus be applied in equal measure to all contesting candidates. 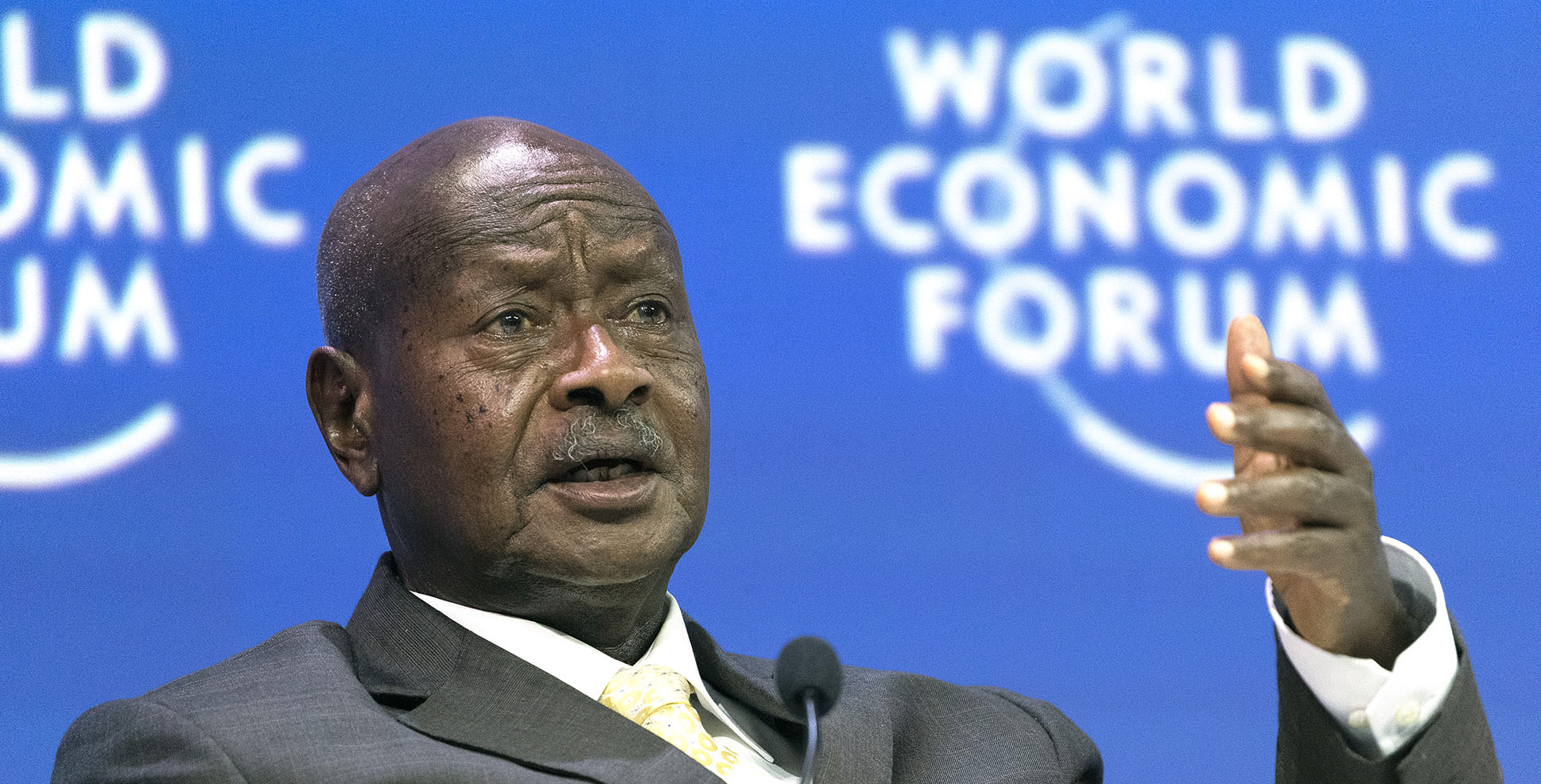 Opposition presidential candidates have repeatedly complained that Covid-19 restrictions are being applied selectively against them and not to the campaign of President Museveni. Opposition presidential candidates – particularly Robert Kyagulanyi Ssentamu, aka Bobi Wine (NUP), Patrick Amuriat (FDC) and Lt Gen Henry Tumukunde – and their supporters have been variously harassed, many of their meetings have been blocked or violently dispersed, they have been roughed up and humiliated, arrested and even prosecuted for allegedly flouting Covid-19 measures.

The campaign of President Museveni and his National Resistance Movement (NRM) has extensively violated these same rules. Processions led by Bebe Cool’s pro-NRM musicians; the President’s campaigns in Arua, Nebbi and other areas of West Nile; and the processions organised in the Acholi subregion and Kotido by supporters preceding the President’s arrival were beamed on televisions across the country and captured in still images. These clearly showed supporters without masks, not observing physical distancing rules, in carnival-like environments in which sanitising could have hardly been observed.

It is extremely worrying that although the Electoral Commission appears quick to warn opposition politicians and even threaten them with disqualification, it remains silent when the ruling party violates the same rules. This raises eyebrows regarding the independence of the Commission.

Additionally, while there is overwhelming evidence that President Museveni’s campaign routinely violates Covid-19 regulations, the president’s campaign has not been frustrated by either the police, army or the Resident District Commissioners. AJJF insists that:

“The law must be applied uniformly to all contestants for the rule of law and justice to prevail in the electoral process; and therefore, to secure the credibility of the outcome of the elections as well as peace during and after the process. Otherwise, it would appear that the fight against Covid-19 has been weaponised to give an unfair electoral advantage to the candidate of the NRM.”

Human Rights Watch shares these sentiments and says it is clear that the Ugandan authorities are using Covid-19 guidelines to repress opposition.

If the presidential elections are to be accepted as free, fair and credible, the government of Uganda must do more to respect the rights of all presidential candidates and those of the electorate.

As it stands, only the NRM presidential candidate enjoys free access to the people. Opposition candidates are routinely denied access to radio or television stations, whether private or public, even when they have paid fees to the stations or have been invited to the stations. Their rallies are regularly cancelled, blocked or forcefully disrupted amid police assaults, gunshots, teargas. Their offices have also been raided or forcefully closed and their campaign materials and paraphernalia seized and confiscated by security agents. The candidates and their supporters face constant beatings, arrests and humiliation on spurious charges.

Members of the military have openly warned citizens against voting for a presidential candidate other than the NRM’s. They have also stated that they are not ready to hand over power to any other leader.

AJJF notes that “there is no level playing field in Uganda and these practices are clearly inconsistent with regional and international standards on free and fair elections, which require that all individuals and parties involved in democratic elections must have their right to conduct their campaigns on a level field and peaceful environment in which their rights are fully respected.”

President Yoweri Museveni ascended to power in 1986 after a bloody civil war following the 1980 elections, which are widely believed to have been rigged.

In 1995, a new constitution was adopted which limited the office of the presidency to two terms. However, the president and his supporters orchestrated a campaign which led to the removal of presidential term limits in 2005.

In 2017, the president and his supporters removed the constitutional requirement stipulating that candidates standing for the presidency be under 75 years of age, removing the legal impediment against his future candidature.

His government has also been accused of presiding over growing corruption, widespread surveillance tactics and intolerance of dissent. According to Human Rights Watch, violations of freedom of association, assembly and expression continue in Uganda.

The unrest unfortunately reflects a broader and worrying trend of election-related violence in the continent.

Recently, opposition figures in other African countries, including Guinea, Tanzania and Ivory Coast, accused entrenched leaders of having manipulated electoral laws, key state institutions and the political environment to steal elections and extend their stay in power.

Authoritarian practices such as the harassment of opposition candidates, civil society or restrictions of the freedom of press continue unabated. Historically, political repression and exclusion have sown seeds for subsequent instability and conflict.

Measures to protect the fairness of Uganda’s elections

Elections are the bedrock upon which democracies are built and sustained. But in Africa, instead of moderating the process of political multiple choices, elections have caused a great deal of damage. The Ugandan situation is a stark reminder of how the capture of state institutions by incumbent African leaders becomes a sure way to dominate society and perpetuate their rule while escaping any form of accountability.

In that light, the Forum issued a number of demands to the government of Uganda, the Electoral Commission as well as other political parties.

It urged the government of Uganda to:

The jurists also strongly advocate for the Electoral Commission to assert its constitutional and statutory independence, which is also recognised under international law; to engage political parties to establish a fair and effective regime for the equal and fair enforcement of anti-Covid-19 health measures; to take measures for ensuring that the entire electoral process is conducted under conditions of freedom and fairness; and accredit international observers to enhance the credibility of the elections. The jurists also encouraged all parties to observe the ministry of health and electoral commission’s guidelines on Covid-19. DM/MC