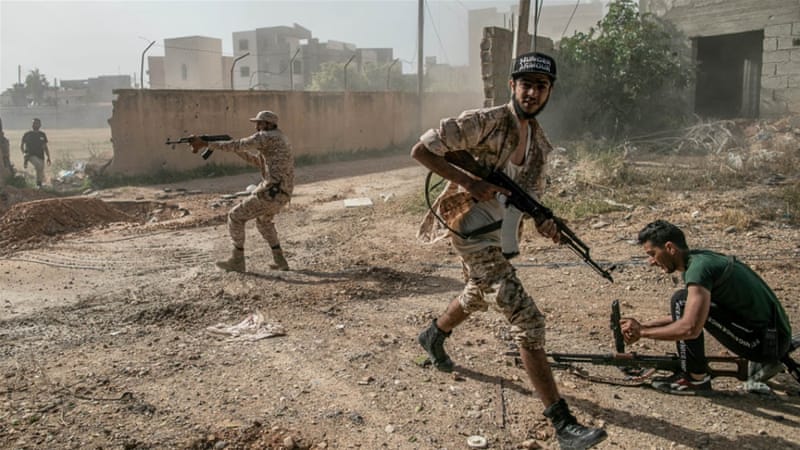 Escalating war of words between Turkey and UAE as Libya and Yemen crises deepen.

Turkey’s Foreign Ministry on Thursday accused the United Arab Emirates of pursuing “destructive policies” in northern Africa and the Middle East and called on the Emiratis to abandon what it called a “hostile attitude” towards Ankara.

The comments from Turkey followed a statement from the UAE that called on all Libyan parties to commit to the United Nations-supervised political process to end the war, but also saluted the army led by renegade military commander Khalifa Haftar and rejected Turkish military intervention on behalf of the country’s UN- recognised government.

Turkish Foreign Ministry spokesman Hami Aksoy said the remarks were an attempt by the UAE to “hide their two-faced politics” and said the country was providing aid to “putschists” in Libya.

Turkey backs the Tripoli-based Government of National Accord (GNA) and has signed a military cooperation agreement to help the fight against Haftar. The government in Ankara has repeatedly urged world powers to stop supporting Haftar’s forces, which it deems “putschists.”

In its Thursday statement, the Emirati Foreign Ministry said it “commends the Libyan National Army for conducting anti-terror operations,” and expressed “its categorical rejection of the Turkish military intervention” in support of the GNA.

The UAE statement did not comment directly on Haftar’s declaration on Monday that his army would take power, ripping up a 2015 political agreement that has been the basis for all international peacemaking efforts.

Aksoy said the “ugly” and “baseless” allegations that had been made by the UAE administration were attempts to cover up its own “destructive policies”, the Turkish news agency Anadolu reported.

Sources told Al Jazeera on Thursday that several top Emirati officials were on a visit to Sudan’s capital, Khartoum, to rally support and recruit fighters for Haftar.

“The UAE’s actions disrupting international peace, security and stability not just in Libya, but all the region, including Yemen, Syria and Africa, are well known to the international community,” Aksoy said in a statement.

“We call on the UAE leadership to avoid taking a hostile stance against our country and to know its place.”

Yemen’s civil war erupted late in 2014 when Iran-aligned Houthi rebels seized the capital, Sanaa, along with much of the country’s north and overthrew the internationally-recognised government of President Abd-Rabbu Mansour Hadi.

Nominally, the Hadi government and the UAE-backed Southern Transitional Council (STC) are part of an “Arab coalition” fighting against the Houthis.

However, Hadi’s government is mainly supported by Saudi Arabia, where it operates, while the STC and its leaders are based in the UAE.

Earlier this week, the STC announced self-rule in Yemen’s southern provinces and the key port city of Aden, which it has controlled since 2015 in a move analysts said could create the conditions for perpetual conflict.