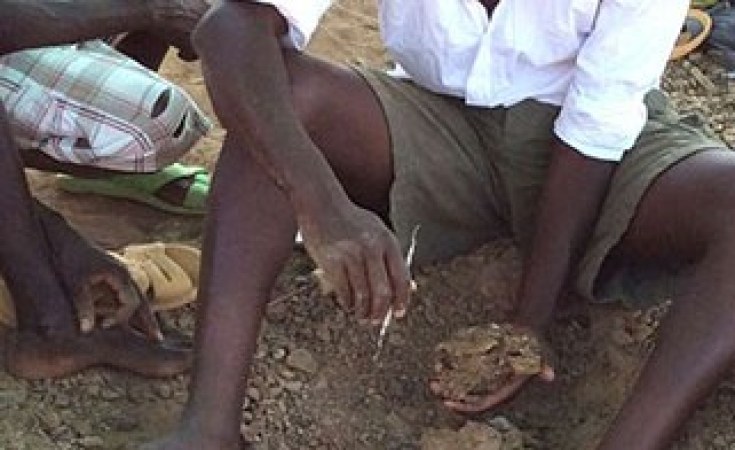 When the Covid-19 broke out, Peninah Kitsao, a widow from Kisauni in Mombasa County, just like any other Kenyan, thought the disease would just stick around for some few days before people forget about it.

But unknown to her, the outbreak would after a few months leave her and her eight children desperate, unable to get their daily food.

For the last few days, Ms Kitsao has been forced to boil stones in the name of cooking to make her hungry children think a meal is being prepared as she has nothing to feed them on.

“I have had nothing to feed my children on and so I decided to put the stones in the sufuria and boil them so that my children would think that I am cooking something for them,” says Ms Kitsao, a resident of Mleji village in Milango Saba.

She said that initially, the children would be tricked and go to sleep on empty stomachs but they later learnt that “I was lying to them”.

“They started telling me that they know I am lying to them, but I could do nothing because I have nothing,” she added.

Ms Kitsao’s situation worsened as she could no longer get the menial jobs that she relied on to fend for her family following the spread of the Covid-19 pandemic.

The widow, whose husband was killed by a criminal gang a few months ago, has been unsuccessfully struggling to get food for her family for the last one month.

Ms Kitsao, who used to wash clothes in her neighbourhood for a living, says that people have now become cautious and no longer allow anyone into their houses..

“That’s where I used to get my little money from but now things have changed. I have nowhere to run to and my children keep on crying because of hunger,” she added.

Her tribulations come despite an announcement by Mombasa Governor Hassan Joho announced that people like Ms Kistao would benefit from free food.

Since the distribution of the food started, Ms Kitsao says she has not received anything from the county government.

Some well-wishers on Wednesday started to visit the widow to help her after a Facebook post highlighted her situation.

“I have children like her. I felt sorry for her and I decided to come and share the little I have,” said one of the well-wishers whom Nation met at Ms Kitsao’s house during the interview.

After the widow’s plight came to the limelight, some residents of Mombasa have questioned the county government’s commitment in helping the poor during this time of the pandemic.

“Now you will see county officials will go and get her food so that pictures of them will be taken. Our leaders will never get serious in caring for us. All they do is playing with our lives,” said Mr Hassan Bakari on Facebook.

Read the original article on Nation.

‘Another Wuhan in the making’?: Undercover in a Thailand market selling live animals