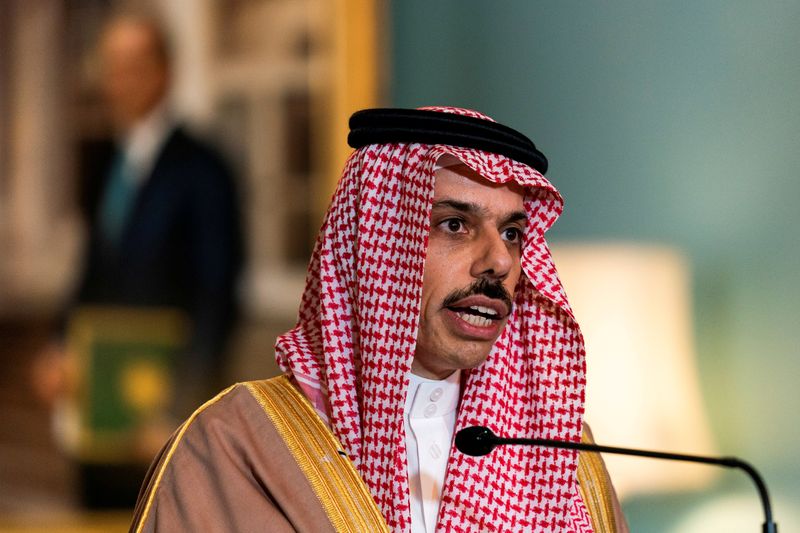 Saudi Foreign Minister Faisal bin Farhan has said that the UAE, Bahrain, and Egypt are all ‘on board’ regarding the resolution of a three-year diplomatic crisis with Qatar.

A resolution of the Gulf diplomatic crisis is in sight, with all nations involved “on board” and final agreement expected soon, Saudi Foreign Minister Prince Faisal bin Farhan said Saturday.

In an interview with AFP conducted in Bahrain, the top Saudi diplomat also insisted that Gulf states must be fully consulted if the incoming US administration revives a nuclear deal with Iran.

“The only way towards reaching an agreement that is sustainable is through such consultation,” he said on a sidelines of a security conference in Manama.

Until recently the three-year Gulf dispute – pitting Saudi Arabia, the UAE, Bahrain, and Egypt against Qatar – had appeared intractable, but Prince Faisal said that a breakthrough was imminent.

“We are in full coordination with our partners in this process and the prospects that we see are very positive towards a final agreement,” he told said, adding that “the eventual resolution will involve all parties concerned”.

“What we envision is a resolution that covers all aspects and is satisfactory to all parties involved,” he said when asked whether the dispute was headed for a full settlement.

It would happen “soon”, he said.

Saudi Arabia led its allies the United Arab Emirates, Bahrain and Egypt to cut ties with Qatar in June 2017, saying it was too close to Iran and funding radical Islamist movements – charges Doha has staunchly denied.

They subsequently forced out Qataris residing in their countries, closed their airspace to Qatari aircraft and sealed their borders and ports, separating mixed-nationality families.

Analysts have said any breakthrough would likely only extend to ties between Riyadh and Doha, excluding the UAE which has been the most vocal opponent of Qatar since the crisis began.

UAE envoy to Washington Yousef Al Otaiba said earlier this month he didn’t think the dispute would be resolved any time soon, and that it’s “not on anyone’s priority list”.

Prince Faisal indicated, however, that a much broader thaw is being negotiated.

“We are in full coordination with our partners, and everyone is on board for the process as it stands,” the minister said, when asked if the UAE was in agreement.

After breaking off ties, the four countries issued a list of 13 demands for Qatar, including shutting down media outlets Al Jazeera and The New Arab and downgrading relations with Turkey.

But the blockade, which was designed to choke Qatar and force it to align with Saudi interests, has only made Doha more self-sufficient and pushed it closer to Iran and Turkey, observers say. It has also hurt Saudi strategic interests.

Asked whether Saudi Arabia would drop or slim down its list of demands, Prince Faisal said: “The best I can say right now, not to prejudice the ongoing discussions, is that the resolution will be satisfactory to all.”

On Friday there was a chorus of optimistic comments from Qatar, Oman and Kuwait, who all said progress had been made towards ending the crisis.

Kuwait, which is leading mediation efforts, said all sides had expressed keenness for a “final agreement” during recent “fruitful discussions”, which have included the United States.

However, US Secretary of State Mike Pompeo said he hoped Washington could broker a resolution but cautioned he was “out of the prediction business in terms of timing”.

President Donald Trump’s son-in-law and senior adviser, Jared Kushner, is reported to have raised the Gulf crisis and pushed for progress towards ending the spat during a recent visit to Saudi and Qatar.

Saudi Arabia’s closure of its airspace has forced Qatar Airways to fly over Iran, Riyadh’s arch-rival and long-time adversary of Washington, reportedly paying Tehran $100 million annually to do so.

US national security adviser Robert O’Brien said in November that allowing Qatari planes to fly over Saudi Arabia via an “air bridge” was a priority for the outgoing Trump administration.

Qatar has repeatedly said it is open to talks without preconditions.

The White House has ramped up its rhetoric against Iran as the Trump presidency draws to a close, having walked out of an international deal to rein in Tehran’s nuclear programme in 2018.

But President-elect Joe Biden has signalled he will return the United States to a nuclear accord with Tehran, and that he still backed the 2015 deal negotiated under Barack Obama.

A return to the agreement, known formally as the Joint Comprehensive Plan of Action (JCPOA), would delight US allies in Europe, but concern the Gulf states who have criticised US engagement with Tehran.

On Saturday, the Saudi foreign minister said Gulf states must be consulted if a US nuclear deal is revived under the new US administration, warning it is the only path towards a sustainable agreement.

Not involving regional countries “results in a build up of mistrust”, he added.