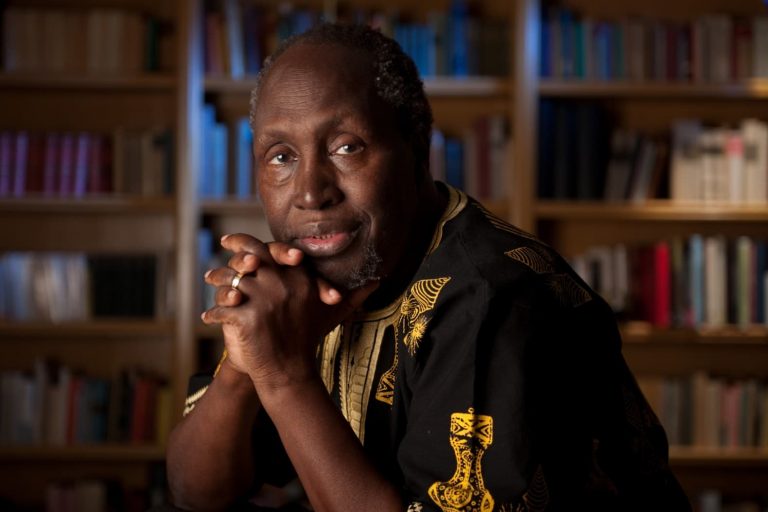 Africa has undergone a significant stride of structural changes that have influenced the mind-sets and convictions of the African people.

From the guise of bringing advancements, the continent has been placed under slavery, colonialism, apartheid and post-colonial submissions that have continuously been challenged through social movements, literature, art and other forms of influential expressionism. African discourse leaders and authors such as Kwame Nkrumah, Sol Platjie, S.E.K. Mqhayi, Dr WB Rhubusana, Nontsizi Mgqwetho, Mazisi Kunene, Bantu Steve Biko, Chinua Achebe, Xolela Mangcu and Ngugi Wa Thiong’o, to mention a few, have dosed sharp intellectual injections coursing the veins of the African Renaissance, Pan Africanism, and Decolonisation of the African continent.

Pressing on the fundamentals of a decolonised African state, renowned Kenyan professor and author; Ngugi Wa Thiong’o informs of the boundaries needed to break down, to decolonise Africa and secure its base.

The colonial mentality of looking at Africa as an outsider

It’s time for Africa to do things for themselves

The most apparent problem with many African people is the sight of Africa through the eyes of an outsider, said Ngugi Wa Thiong’o.  He said that this was an imperial intent specifically designed through languages and policies, which normalised the abnormal, to foster post-colonial measurements that would be indestructible for many generations.

“One of the problems of looking at Africa with an eye of an outsider is that you look at the state as a looting mechanism, not as a responsibility. Have you ever heard of anybody robbing their own house?” said Wa Thiong’o, exemplifying the lack of ownership that many Africans have to their continent. He said that this mentality removes us from the responsibility of decolonising the continent and securing our base.

Wa Thiong’o said having colonial mentality strips us from our rightful ownership to the resources on the African soil. “Africa has to control its resources, we have to make things with the resources and exchange them with other countries just in the same way as other countries exchange final products with us – using our gold, copper and diamonds amongst other resources.

Because when you secure the base you can interact with the world, through the basis of equality and respect.

Wa Thiong’o spoke of the imbalance of power between Africa and Western states, affirming that the West shows less representation for African goods and service, when Western goods and services are overwhelmingly represented across the African continent.

According to Wa Thiong’o, Africa has over the last 100 years been the eternal donor to the West but has been represented as a state that has always been reliant on aid from the Western community.

Wa Thiong’o said Africa has to find a way of reversing this, by becoming the makers of our own raw materials, to think of Africa alone, and Africa’s relation to the world.

Countries such as Korea and Japan do not have raw materials but are able to manufacture cars that roam on African roads, said Wa Thiong’o.

“It’s time for Africa to do things for themselves,” said Wa Thiong’o, it is not a seeking of isolation but a matter of upholding values of Pan Africanism and having ownership and responsibility of the continent, he said.

“We have to realise that we are one as Africa and connect and progress,” said Wa Thiong’o emphasising the importance of ownership and unity for a decolonised Africa.

Colonising African languages as a tool for a colonised mind.

We must acknowledge more than our own to own our own – you can use English, but do not let English use you

Language has been used as a method of subjugation in colonial conquest, and presented as an instrument of learning, advancing and interacting with the rest of the world.  Colonisation saw that the conquered despise and denote their own languages meanwhile living through the languages of their conquerors.

Ngugi wa Thiong’o referred to a question posed by one of Africa’s literature and philosophy pioneers, Kwame Nkrumah who asked; “Are we really sure that we are in touch with the nation and the continent, is the independent African state now in existence for some 50 years, in touch with its people?”

“How can it be in touch when it has embraced European languages, spoken and used by only 10% of the population, as a language of power, commerce, law and even justice?” adjudicated Wa Thiong’o.

On the African nation today, the majority are rendered linguistically deaf and mute by government policies that have set European languages as the normative mission, said Wa Thiong’o.  The professor affirmed that this was, in fact, the result of the fulfilment of a conscious imperial design in the history of conquest.

Wa Thiong’o highlighted exemplifiers of the colonial conquest and its results on the language of the vanquished and its people. He informed that when imperial Japan took over Korea in 1910, they made Korea use their language and gave them Japanese names. The colonies saw the importance of intellectualising empires of the mind, setting a metaphysical empire of language and literature.  In the 19th century the English established practical language policies in India that placed English as a medium of communication in order to create a class of people; who are Indian in blood and colour, but English in mentality.

Wa Thiong’o said the French and the Portuguese used a process called assimilation, and language was at the centre of assimilation, to create a linguistically westernised middle man who would automatically carry out the intent of the ruler onto the masses.  It was necessary to reach the mental core by a solid psychological bond against the day when their progressive emancipation ends, and they are French in language, thought and spirit.

“The colonial utility of educating the African masses was discovered; creating empires of the mind,” said Wa Thiong’o, “and France still controls the national treasuries of many African countries today,” he added.

“Colonisation of the mind is when we can think that African languages are impediments to our ability to engage with the world,” said Wa Thiong’o, adding that there is a further distortion in the dynamic – when we are not only proud of knowing English but also proud of not knowing our own languages.

Accents for access – that is postcolonial Africa,” he added.

“But this business that English must thrive on the graveyard of African languages – we have to really reject that.

That in order for English to be, then African languages must cease to be – that’s really absurd and we have to reject that”.

“We must acknowledge more than our own to own our own – you can use English, but do not let English use you,” affirmed Wa Thiong’o.

“Remember that there are forces that will never want us to be aware of the dimension of our presence in the world – To counter these forces, we have to know ourselves – this is the importance of decolonising ourselves and securing our base,” he said.

Wa Thiong’o said we have to make a conscious language policy that will pour in resources and open doors for the African language. We might embrace the fact that we have a number of languages as Africans, but do not put any resources into that is imperialising.

“We have to know ourselves before we can secure the base,” said Wa Thiong’o.

Education was for emancipation and knowledge to the people, but the curriculum was designed to maintain chains of enslavery and misdirection for the African people said UCT (University of Cape Town) Professor Xolela Mangcu speaking on decolonising African universities.

“We have to redefine what we think we know about knowledge,” said Mangcu who was a student of Wits University during the ‘80s where they advocated for, and challenged issues of decolonisation and misrepresentation of black historical heritage.

“We, as the academic community in this country owes it to our students to re-visit the curriculum of this country, and to revisit what constitutes knowledge,” emphasised Mangcu critiquing that our universities are “quite provincial, and in many cases quite mediocre, as they operate at a sub-optimal level”.

Mangcu said that when he came to university in 1983, the texts that were prescribed remain the same texts being taught to students today, “the prescribed text was Marx, Parson and the like, but some 40 years later our students are still learning the same thing – to me that shows stagnation,” said the professor.

“Our study of humanities has to make us return to ourselves as African people,” said Ngugi wa Thiong’o, he said this was important in order “to find out where the rain begun to beat us,” quoting one of the prominent pioneers of black history; Chinua Achebe.

“And it is not as if we do not have a very rich history – a very rich black history, I might add, that traces back centuries,” said Mangcu, “we have an entire archive of black historical knowledge that is living outside of the educational institutions”.

Mangcu emphasised how universities have very little knowledge on black historical heritage.  “How many of our departments teach the writings of Sol Platjie, S.E.K. Mqhayi, Dr WB Rhubusana, Nontsizi Mgqwetho, Mazisi Kunene and so on?

“Decolonisation has to start at home,” said Mangcu.

According to the professor, students are shocked that human development did not start in Europe but in Africa, he said it was due to the curriculum they learn which teaches them otherwise.  He urged students to challenge the system to incorporate the rich art that exists outside of university – into the university, so that students can speak from their own experiences to foster their learning.