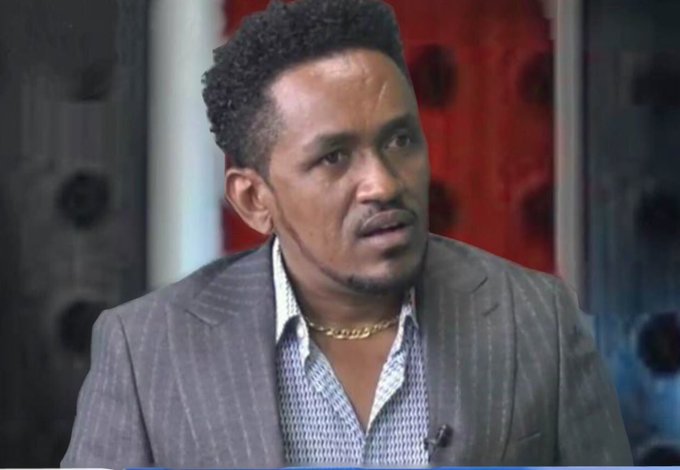 Media magnate, pro-democracy activist and opposition politician, Jawar Mohammed, reacted to the killing of Haacaalu on Tuesday with a facebook post that said the Oromo nation had been attacked.

“They did not just kill Hachalu. They shot at the heart of the Oromo Nation, once again !!…You can kill us, all of us, you can never ever stop us!! NEVER !! La Aluta Continua,” he wrote.

Meanwhile, his media outfit the Oromia Media Network, OMN, reported on Tuesday that its o

Mourners believed to be escorting the body of the deceased to the city Ambo in Oromia were also forced to retreat. Reports say the body is currently back at the Oromo Cultural Center in Addis Ababa.

ffices in the capital Addis Ababa had been raided and staff taken away by security agents to an undisclosed location.

Thousands of Ethiopian youth on Tuesday accompanied the body of a famed Oromo singer and songwriter to the city of Ambo in the Oromia regional state for funeral rites and burial. His body was retrieved from the St. Paulos Hospital.

The death of artist Haacaaluu Hundeessaa, was widely reported on Monday evening in local media. Addis Ababa police commission confirmed the incident and said arrests had been made.

also forced to retreat. Reports say the body is currently back at the Oromo Cultural Center in Addis Ababa.

Protests amid calls for calm

The officer appealed for calm as did Prime Minister Abiy Ahmed who posted an Amharic message on social media. Whiles expressing condolences to those affected by the loss the PM Abiy said it was necessary to remain measured and allow the police to fully investigate the incident.

“We are at a time when, by understanding the depth of the incident, we pay attention to events happening in our country. Let’s express our grievances while taking care of ourselves and preventing additional crimes,” PM Abiy said.

Songs of the deceased are said to have played a crucial role in promoting freedom and rights for his Oromo ethnic group. The popular Oromo uprising was crucial in the coming to office of Abiy in 2018.

Despite the calls for calm, a number of security watchers and journalists are reporting protests in parts of the capital Addis Ababa.

“Unrest in Addis far more serious, according to one source. Youths engage riot police in running battles in many districts. Internet shut down. Sustained gunfire reported on the Hill – where the National Palace, govt offices located,” Rashid Abdi, a regional researcher and analyst tweeted.

Internet access has been cut nationwide, the Access Now group has confirmed. A number of activists have also confirmed the development.

Ethiopia has in the past taken the same route of blocking the internet. One of the most recent being a year ago when the federal government reported having thwarted a coup d’etat in the northern Amhara region.

The then army chief, Seare Mekonnen, who was working to restore order was also killed with another retired general in Addis Ababa.

But PM Abiy is on record to have said, Ethiopia will cut the net as and when necessary: “For sake of national security, internet and social media could be blocked any time necessary.

“As long as it is deemed necessary to save lives and prevent property damages, the internet would be closed permanently, let alone for a week,” he told lawmakers in August 2019.