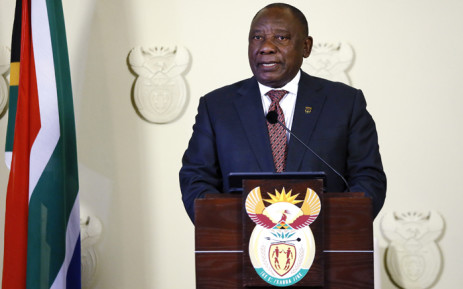 South Africa has imposed a 21-day lockdown to curb the spread of coronavirus, President Cyril Ramaphosa announced on Monday evening.

The move comes on the day the country announced that its confirmed cases had shot up to 402 from 274 cases the day before.

The lockdown is effective March 26 at midnight.

Mr Ramaphosa said the military will be deployed to effect the nationwide lockdown.

At 402, the country now has the most virus cases in Africa, surpassing Egypt.

The president was speaking to the nation about the growing threat of the disease that is multiplying in the country rapidly.

According the Ministry of Health, most of the cases are in the Northern Cape province.

Nigeria and Zimbabwe today recorded their first fatalities from the virus.

In Zimbabwe, journalist Zororo Makamba became the first coronavirus death in the country. The 30-year-old was the second person in the country to test positive.

He is reported to have been suffering from diabetes and cancer when the viral disease struck him.