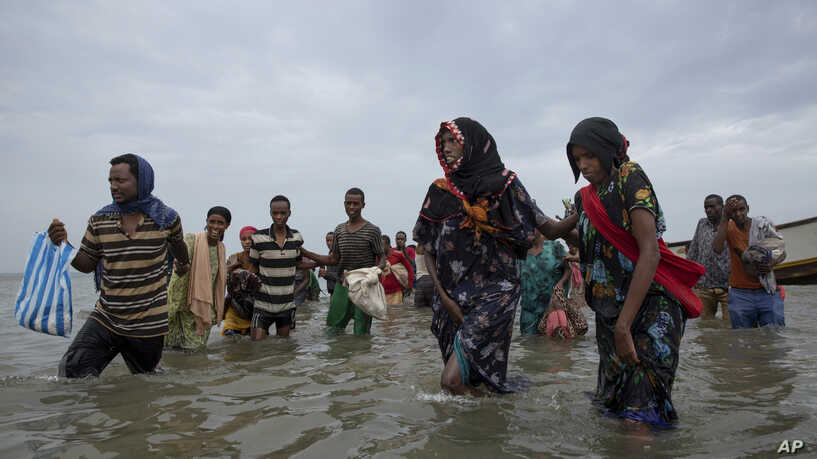 Thousands of Ethiopians, desperate to escape poverty at home, make the dangerous trek from the Horn of Africa to Southern Africa each year.  Migrants reportedly pay smugglers between $2,500 and $6,000 for the promise of safe travel.

However, spokesman for the International Organization for Migration, Paul Dillon says this particular journey turned out to be a nightmarish, harrowing experience.

“It was a tragedy that shook the African continent: the remains of 64 migrants from Ethiopia found locked in a container in the back of a truck, discovered on 24 March near Tete, Mozambique… A month after escaping death, the men agreed it is a miracle they survived,”   he said.

Dillon says the magnitude of their life-threatening experience is only now emerging.  He says the young men recount being tortured by the smugglers and deprived of food and water while walking for days through the forest.

But the worst experience they say was being locked in the truck’s container for days. Dillon says the migrants describe the horrors of being confined in a space that could barely hold 20 people where 78 people were piled one on top of another.

“After the discovery by Mozambican authorities, officials of the Mozambican National Migration Service, brought the survivors to a hospital in Tete, where the young men were treated for dehydration and exhaustion.  They would spend a required quarantine period as part of Mozambique’s COVID-19 prevention measures,” he said.

While in Tete, Dillon says three of the survivors left the facility and have yet to be located.  He says the other 11 survivors have been repatriated to Ethiopia where they will be returned to their home communities in Oromia and Southern Nations, Nationalities and Peoples’ regional states.

He adds the driver of the smuggler’s truck has been detained and an investigation is ongoing.