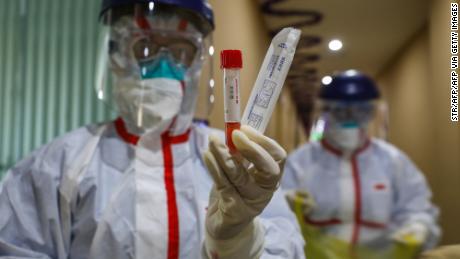 The World Health Organization has sent a number of requests for more information on the investigation into the origins of the novel coronavirus.

China is allegedly blocking the World Health Organization (WHO) from a national investigation into the origins of the COVID-19 pandemic.

A WHO representative in China, Dr Gauden Galea, told Sky News the organization believes understanding the origins of the virus will inform the international response to the pandemic and and potential vaccines or cures.

“The origins of virus are very important, the animal-human interface is extremely important and needs to be studied,” Galea explained.

“WHO is making requests of the [Chinese] health commission and of the authorities,” he said in a televised interview.

The WHO representative told Sky he does not know of any reason China would have for excluding the international body from the investigation.

The virus first emerged in Hubei province in China in late 2019. Scientists believe the virus initially spread from a wet seafood market in the city of Wuhan.

Though several news outlets have reported that the pangolin, a scaly mammal, hosted the virus before it spread to humans, there is currently no scientific evidence to support the theory.

The head of the microbiology department at Monsah University in Melbourne, Stephen Turner, believes the virus in fact originated in bats. He explained that, since the positive diagnosis of a tiger at a New York Zoo, it is clear the virus can adapt to different species.

Dr Galea’s comments to Sky News came after US President Donald Trump told reporters on Thursday, April 30, that he is certain the virus originated in the Wuhan Institute of Virology.

“We’re looking at exactly where it came from, who it came from, how it happened,” Trump said. He added that he could not give any more specific information about the virus’ origins or any investigations currently underway. US government investigators have ruled out any possibility the virus was man-made.