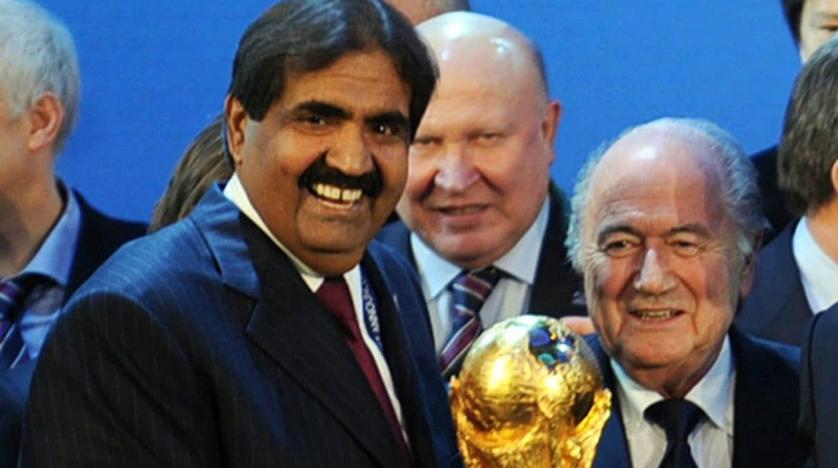 History will be made on November 20 when Qatar and Ecuador meet in Al Bayt Stadium in Al Khor in the first match of the 2022 World Cup.

This is the 22nd FIFA World Cup since 1930, but only the first time the tournament has been held in the Arab world or Middle East.

This is a development so transparently beneficial for the region as a whole – and for the positive interaction of the peoples and cultures of the Middle East with the rest of the world – that only a narrow-minded media with a cynically negative agenda would fail to acknowledge any of this.

So, step forward the British press.

Predictably, Qatar has been under fire ever since it was awarded the World Cup in 2010.

The misleading implication was that they had all died creating the seven stadiums and other infrastructure for the World Cup.

In fact, the number of deaths over that period was proportionate to the size of the large expatriate workforce in the country, and only 10 percent of the fatalities had been among workers engaged in World Cup projects.

The toll did include some construction-related deaths, but far more were from natural causes, including those among white-collar workers who had lived in Qatar for years.

Debate has continued over how the figures are portrayed and how Qatar records them, but the World Cup spotlight has also led Qatar to radically overhaul its labor system – something rarely mentioned in Western media coverage.

Former Manchester United skipper and England footballer Gary Neville, an outspoken critic of social injustice in Britain, has been criticized for agreeing to commentate during the World Cup for state-owned Qatari channel beIN Sports.

Instead, he was told, he should be using the occasion to highlight the state’s “dreadful human rights record,” including its conservative attitude to homosexuality.

There are many points to be unpicked from this swirling sandstorm of sanctimonious virtue signaling, but here are just two.

First, Britons should remember that they no longer have an empire and really should get out of the habit of telling other cultures how things should be done.
Second, they should look to their own history to see that change is an evolutionary process.

For example, homosexuality in Britain was partially decriminalized only in 1965, with the last man jailed for the “offense” imprisoned as recently as 1993. Only in January this year did the British government announce that all past convictions would be wiped from the record.

But the worst offense of such relentless sniping at the Gulf states – the hypocrisy of simultaneously calling for engagement and progress but moaning about it when it is happening – is to ignore the seismic shifts in society that are taking place through sporting engagement, and the tremendous benefits these are bringing for ordinary people in the region.

The growth of sport in the Gulf, at both grass-roots and international level, has been remarkable and, for nations struggling with some of the worst rates of obesity and diabetes in the world, represents a vital public-health breakthrough.
Gyms, cycle paths, running tracks, parks, golf courses, football pitches, swimming pools – the opportunities for taking part in exercise and sport have multiplied exponentially throughout the region over the past 20 years, with public participation inspired by the multiple high-profile international events being brought to the Gulf states.

All this, of course, broadens the minds and opens the eyes not only of Gulf Arabs, but also the increasing numbers of Western visitors and global TV audiences drawn to such events in the region.

Of course, whenever another big-ticket sporting circus rolls into the Gulf, up goes the cry in certain quarters that it is nothing more than a cynical exercise in “sportswashing,” designed solely to burnish a nation’s reputation. Where Qatar’s World Cup goes now, Saudi Arabia’s Formula One Grand Prix has gone before. (With Abu Dhabi and Bahrain there are, incidentally, now three Grands Prix in the Gulf.)

This is an absurd, reductionist approach. Sport is an unrivaled soft power, with the potential to bring about many great changes.

In 2021, a report by PwC Middle East concluded that the sports industry “is expected to grow faster in our region than anywhere else in the world over the next three to five years,” thanks to regional governments “actively seeking to use sport as a way to diversify their economies away from natural resources and to build social cohesion.”

The staging of the World Cup in Qatar is, of course, a flagship moment, but it is far from being a phenomenon taking place in isolation.

In Saudi Arabia, for example, a survey this summer by the General Authority for Statistics found that more than 48 percent of the kingdom’s citizens were now physically active for at least 30 minutes a week.

In February 2023, Riyadh will host its second-ever marathon, and December 10 will see the inaugural Jeddah half-marathon. Both are organized by the Saudi Sports for All Federation, founded in 2018 with the goal of “motivating individuals from all backgrounds and abilities to live … happy, healthier lives.”

It’s a slogan that pretty much sums up the trickle-down impact of high-level sport.

This World Cup, football is not, as the plaintive dirge beloved of English football fans would have it, “coming home.” Instead, it is off on its travels, making friends, bringing cultures together, and inspiring young boys and girls to get outside and kick around a ball.

And that, surely, is something we can all applaud, whichever side we support.

Jonathan Gornall is a British journalist, formerly with The Times, who has lived and worked in the Middle East and is now based in the UK. Twitter: @JonathanGornall