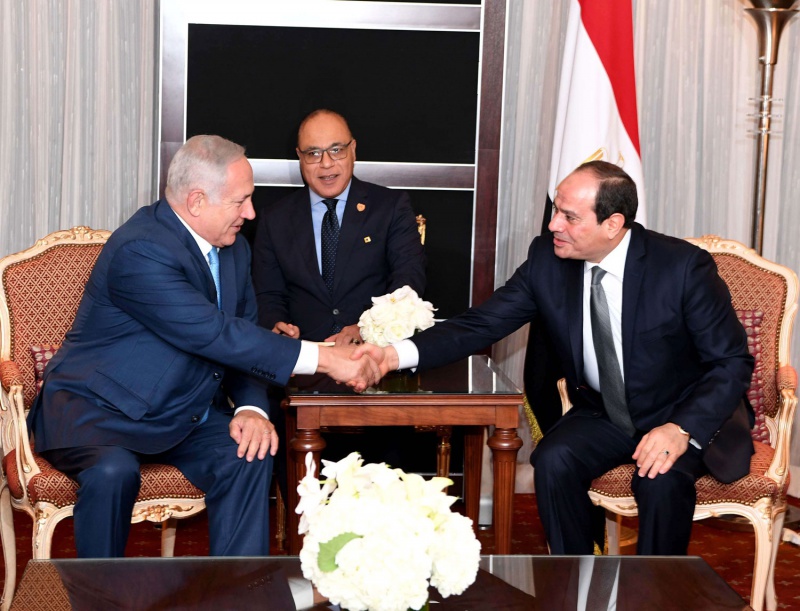 Political friendliness does not reach the street

The incitement of the Qatari media resulted in complaints of a boycott of Israel in the World Cup.
Sunday 11/27/2022
Muhammad Abu Al-Fadl

Some of the Arab countries that reached agreements with Israel did not succeed in turning normalization into a popular reality, as Tel Aviv wants. This is understandable, as Israel does not give encouraging attitudes or behaviors that make those who approach it or agree with it transfer normalization on the ground so that people accept it and interact with it.

Some Israeli media outlets have highlighted the negativity found in their coverage of the World Cup events held in Doha and the lack of response from Qatari citizens to talk to them about sports and the general feeling about the occasion, an issue that some blamed for political goals, and that it is a victory for the Palestinian cause and a new message of support from the Qatari people for it. .

Others interpreted it as a natural emotional result of the doses of accusation and incitement carried out by Al-Jazeera and its sisters through their coverage of some Palestinian events, which suggests that the Qatari leadership takes a firm stance on the violations committed by the Israeli forces in the occupied territories, and is determined to support the struggle of citizens.

The Israeli media may pass the threshold, and no one knows whether it is directed at Qatar in particular, or is it a wink-allusion to the Arab leaders who signed peace agreements with their state, and is it a testimony of failure for their leaders who have succeeded in increasing this pace recently and that the distance between peace with governments and normalization with governments still far.

There is an automatic recall of the Egyptian model here, as Cairo signed a peace agreement with Tel Aviv more than four decades ago, during which official relations developed and reached a high level of cooperation in various fields. However, the problems of normalization at the popular level did not achieve the progress Israel sought with Egypt.

The Qatari position, and the Egyptian one before it, recalls the famous Arab proverb, “People follow the religion of their kings.” Governments that resolve their political stance and adopt a clear vision, positively or negatively, will incline their people to this or that, just as confusion and instability afflict people with the same disease, and states that are determined Its issue is that its citizens deal with the issue as a political axiom. They may not embrace the Israelis, but they do not deal with them with hostility.

Harmony in official and popular positions has become a rare thing, after people have turned into a card for political trading, because most Arab countries do not enjoy a high degree of democracy that enables citizens to freely express their opinions and positions.

When the Qataris noticed that their government was getting close to Israel, they appeared to suggest that they support normalization and rejoice in its music, and when they found their media showing sympathy for the Palestinians, they tended to them. Therefore, the issue has complex dimensions that determine the compass for peoples more than it stems from instinctive considerations or national calculations, and carries Within it are estimates related to what Qatar wants from Israel at every stage and what it wants to send to the Palestinian people as well.

Cairo signed the first peace agreement with Tel Aviv, and the late President Anwar Sadat was subjected to widespread Egyptian and Arab criticism that did not discourage him from retreating from his step at the time.

President Hosni Mubarak came after him and began to invest in the escalation of anger among some left-wing parties and religious groups towards Israel. Popular normalization did not depend on peace, not out of belief in the collective mind of citizens, but because it found political benefits in this way.

The dialectical relationship has not changed so far, despite the occurrence of major developments in the official relations between Egypt and Israel, and Cairo did not ask citizens to abandon normalization or push for a turnout for it, because they have enough antennae that enable them to know where to put their feet. The Egyptian regime, which has developed its relationship with various Israeli governments, is keen to maintain a margin of maneuver from the popular window.

The idea of ​​relying on the people to manage relations with Israel has receded a lot, and its general rejection is no longer what prevents further normalization of relations. Qatar, which opened all its doors to Israelis years before it hosted the World Cup, is the same whose media was crying out day and night in defense of the Palestinian people. Condemns the occupying forces.

And because the people know the political positions from the official media, it is natural for the Qatari people to seem unresponsive to the Israeli channels that went to Doha to cover the World Cup activities, and this was not to prove that there is a change on the ground, but to test the extent of what Israel has achieved in terms of influence in Qatar so as not to repeat it. Egyptian model.

The decision rests with the politicians

◘ The idea of ​​relying on the people to manage relations with Israel has receded, and its rejection no longer precludes further normalization.

The dilemma of normalization, with or against, lies in the political leadership more than the will of the people. Hesitating countries also hesitate with their people, and this is the case with the Qatari leadership whose clear contradictions in dealings between Israelis and Palestinians revealed the depth of the gap brewing among the citizens. The state that raised the level of its relations with The two parties made their media stand sometimes in support of the first team and at other times with the second team, which produced confusion in the public conscience, which was manifested in refusing to respond to one of the Israeli stations.

The position of the station’s announcer, who circulated the talk of reluctance to the Qataris, received attention inside and outside Israel, and different readings from those who interacted with what was published by the media led to the emergence of the normalization file on the surface, and linking it by previous Arab leaders to peace was a supportive element in moving it up or down. With the knowledge of governments and not peoples, as if there is a button that will be pressed and normalization will occur, and vice versa.

Many data confirm that normalization has a strong relationship with official positions, and it is the angle that can gain focus in the coming period and make it part of the peace deals with any Arab country, because this paper will remain a reason for igniting many peace agreements, and it may curb moves seeking to develop the relationship between governments. Under the pretext that people have a different position.

If some of the Gulf countries that signed peace agreements with Israel have not yet officially entered the space of normalization, they will be exposed to pressures that may make it an essential element in the processes of cooperation and coordination between the two sides later, because what results in popular rejection, even if it is sham or subject to directives. An implicit official may have an impact on Israel’s political goals, as it confirms that it is still a popular pariah.

Arab leaders can invest in this dimension to limit the losses facing the Palestinian cause, and reactivate the formula of peace in return for normalization, which requires cooperation between the Palestinian factions and Arab governments. Obtaining a limited return for normalization is better than reaching it for free at all. The region can impose peace without linking it to normalization after it has turned into a propaganda card, especially since the accumulations of Arab deterioration have damaged the traditional constants in defending this issue.

The article is first published by alarab-co-uk

Police detain many in Somali region after protests against corruption