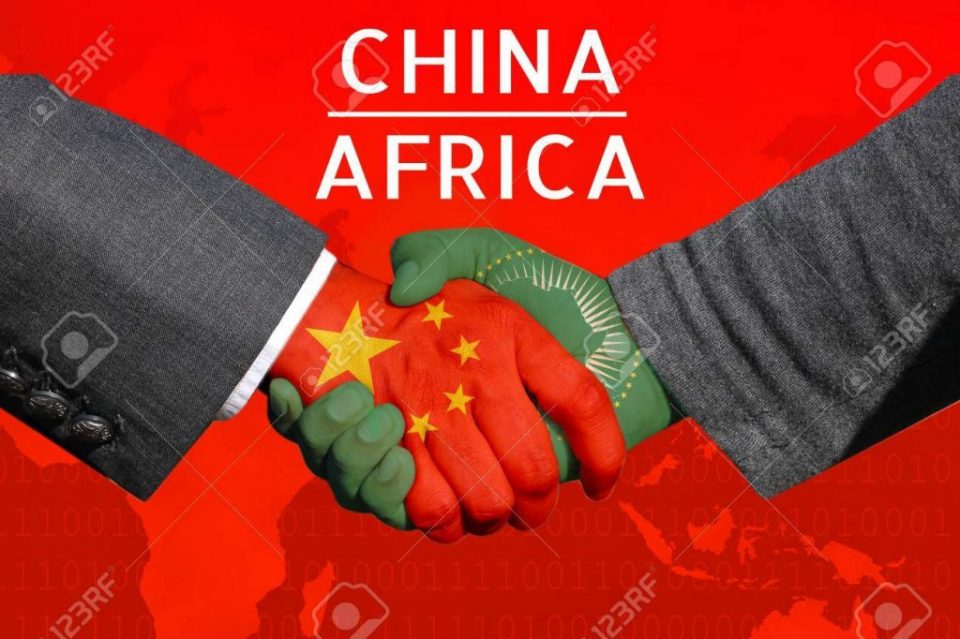 JOHANNESBURG (Reuters) – African ambassadors in China have written to the country’s foreign minister over what they call discrimination against Africans as the country seeks to prevent a resurgence of the coronavirus.

A man holding a loudspeaker sits on a motorcycle as it travels past a sanitizing vehicle disinfecting the public space near residential buildings, following an outbreak of the novel coronavirus in the country, in Panyu district of Guangzhou, Guangdong province, China February 11, 2020. China Daily via REUTERS

Several African countries have separately also demanded that China address their concerns that Africans, in particular in the southern city of Guangzhou, are being mistreated and harassed.

Having brought under control the original outbreak centred on the city of Wuhan, China is now concerned about imported cases and is stepping up scrutiny of foreigners coming into the country and tightening border controls. It has denied any discrimination.

In recent days Africans in Guangzhou have reported being ejected from their apartments by their landlords, being tested for coronavirus several times without being given results and being shunned and discriminated against in public. Such complaints have been made in local media, and on social media.

The ambassadors’ note said such “stigmatisation and discrimination” created the false impression that the virus was being spread by Africans.

“The Group of African Ambassadors in Beijing immediately demands the cessation of forceful testing, quarantine and other inhuman treatments meted out to Africans,” it said.

The Chinese foreign ministry’s International Press Centre did not immediately respond to a request for comment on the note, sent outside of business hours.

The Chinese embassy in South Africa also did not respond.

Foreign affairs official Liu Baochun told a news conference on Sunday that Guangzhou is enforcing anti-virus measures on anyone who enters the city from across the national border, regardless of nationality, race or gender. [nL3N2C0010]

The Chinese embassy in Zimbabwe on Saturday dismissed the accusation that Africans were being deliberately targeted.

“It is harmful to sensationalize isolated incidents,” it said in a tweeted statement. “China treats all individuals in the country, Chinese and foreign alike, as equals.”

The ambassadors’ note highlighted a number of reported incidents, including that Africans were being ejected from hotels in the middle of the night, the seizure of passports, and threats of visa revocation, arrest or deportation.

On Saturday, Ghana’s foreign minister of affairs Shirley Ayorkor Botchwey said she had summoned the Chinese ambassador to express her disappointment and demand action.

Kenya’s foreign ministry has also “officially expressed concern”, adding the government is working with Chinese authorities to address the matter.

On Friday, Nigerian legislator Akinola Alabi tweeted a video of a meeting between the leader of Nigeria’s lower house of parliament, Femi Gbajabiamila, and Chinese Ambassador Zhou Pingjian. In it, Gbajabiamila demanded an explanation from the diplomat after showing Zhou a video of a Nigerian complaining about mistreatment in China.

The ambassador said in response to the questions from the house leader that he took the complaints “very seriously” and promised to convey them to the authorities back home.