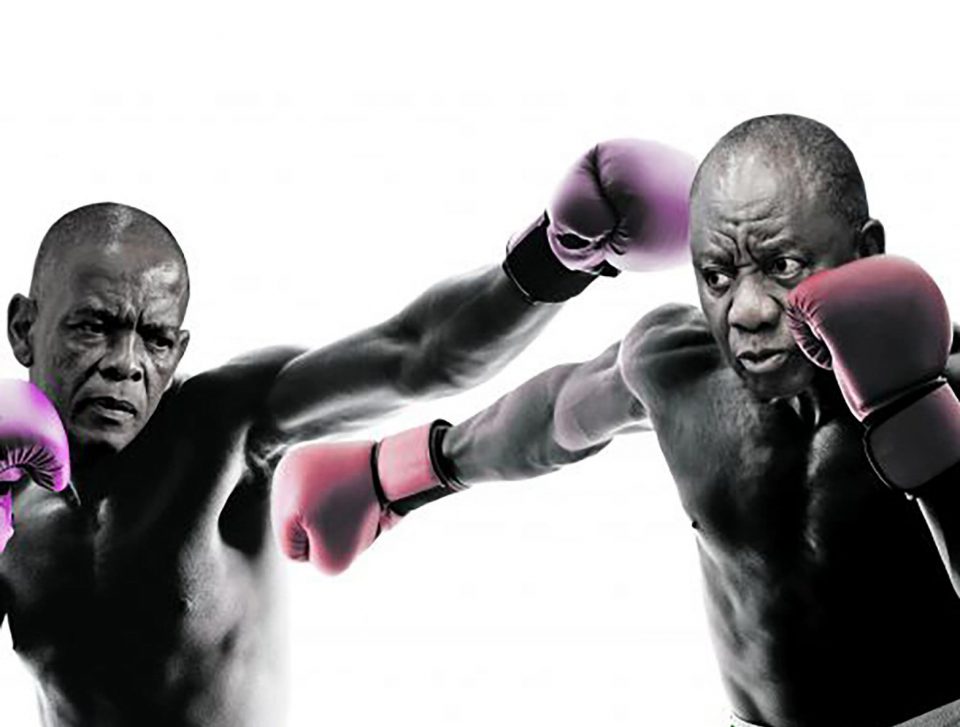 ANC Secretary-General Ace Magashule is unlikely to step aside at this weekend’s first national executive meeting after being charged with corruption in November.

Instead, while the motion to make him do so will be tabled, a decision is likely to be postponed to the January NEC meeting, say various party sources who spoke to DM168 on condition of anonymity.

In August at a special anti-corruption meeting the party resolved that leaders charged with corruption should take a moral stance and “step aside” from their positions. The governing party was facing a country smarting from the evidence of billions of rand in Covid-19 related PPE corruption.

But Magashule has said he will not stand down unless the party’s branches instruct him to. His defiance is laying the ground for a “fireworks” NEC meeting, according to a senior party leader.  The meeting starts on Sunday evening and runs for two days.

Showdown – the battle of the legal opinions

The meeting is the first real showdown between the two ANCs represented by President Cyril Ramaphosa on the one side and Magashule on the other. The party and country leader put his head on the block in August when he pledged a “paradigm shift” on corruption. He said: “The ANC may not stand alone in the dock [on corruption], but it does stand as Accused No. 1”. By November, Magashule stood in the dock, charged with corruption, and became the party’s test case on its set of robust policy measures, the most important of which is that leaders will “step aside” when they are charged. But now the ANC is stepping back from that decision.

On Sunday, the party leaders will debate three legal opinions tabled on whether or not Magashule and other leaders charged with corruption should stand down from their positions while they are in the dock.

The three opinions say different things: one, from Ramaphosa’s side of the table, says that because the party is a voluntary organisation, it sets the rules. In line with those rules, Magashule should face disciplinary action and must step aside.

In 2017 at its Nasrec, Johannesburg, conference, it decided that members should step aside when charged with corruption or are reported to be entangled in it and that they should “present themselves” to the party’s Integrity Commission. “The resolution is not changeable,” says a party official, but it must be read with the law of the country.

The other legal opinions have found that while the ANC can set its own rules and resolutions, people are innocent until proven guilty. In this, Magashule will, ironically, rely on a Constitutional Court judgment he lost.

In 2012, six members of the ANC in the Free State went to court to declare invalid a meeting of the party’s provincial executive presided over by Magashule.

He argued at the time that the court did not have jurisdiction over party affairs.

But the judges decided differently. A summary of the Ramakatsa judgment (the lead applicant’s name was Matshepo Ramakatsa) explains it: “[Judges] Moseneke and Jafta held that constitutions and other rules of political parties must be consistent with the Constitution of the Republic.” Magashule’s supporters’ corner is likely to argue at this weekend’s showdown meeting that his constitutional rights are greater than the rights of a party to set its own rules. The anti-corruption wing of the ANC will come armed with the decisions taken at two August meetings of the party which upped the ante on graft in the party (see graphics).

At its 4 August meeting, the ANC said: “[We] dip our heads in shame and humble ourselves… [before the people]” as public anger grew about evidence of Covid-19 cadre enrichment at the same time as people lost jobs and livelihoods in their millions.

It said that the party’s “moral standing” was being lost and it promised to draw a “clear line” between it and cadres caught in tender payola and other forms of corruption. In that meeting, it pledged itself to a “paradigm shift” on corruption. This weekend, those who want Magashule to step aside will use the argument that the ANC’s low moral standing and of standing down is an act of “revolutionary morality”.

Four weeks after the 4 August meeting, the ANC took even tougher decisions. It instructed officials at the Luthuli House headquarters of the party to “develop guidelines and procedures for stepping aside”. The party said it would also “develop guidelines for ANC leaders and families doing business with the state”. Neither of the sets of guidelines was developed by Magashule, who is the party’s top bureaucrat and is in charge of doing so. The NEC members, however, have all made declarations of financial interests and the party has strengthened its Integrity Commission. The commission has three new members, and it has more secretariat help, but its decisions have not yet been made binding, as Ramaphosa said he believed should be the case.

A Daily Maverick 100-day report card of Ramaphosa’s pledge to oversee a “paradigm shift” on corruption in the party shows the outcome is at best patchy (see graphics). Like Magashule, most party cadres charged with corruption or alleged to be engaged in its various forms have refused to “step aside”.

Other than the Gauteng Health MEC Bandile Masuku, no other party leaders have been made to step down and Ramaphosa’s spokesperson Khusela Diko has been suspended. The Special Investigating Unit names both investigations into personal protective equipment (PPE) corruption.

In KwaZulu-Natal, former eThekwini mayor Zandile Gumede has a new job as a member of the provincial legislature. The party’s deputy chairperson Mike Mabuyakhulu stepped down for a bit but is back at his desk. Both face criminal charges. In Parliament, ANC MP Bongani Bongo has refused to step down, although he has also been charged.

The party said it would distance itself from donors implicated in corruption, but its parlous financial situation has meant that it hasn’t done this – at least not publicly.

In October, the National Prosecuting Authority, the Hawks and the Special Investigating Unit began a season of arrests for corruption.

In addition to Magashule, the former ANC MP Vincent Smith was also charged with corruption-related charges.

The arrests have started a whispering campaign against the NPA in the ANC where there is a view that it “arrests and then investigates”, leaving people in limbo with cases that can take years to prosecute. Magashule believes the charges against him are “flimsy”, and he and others are likely to raise this criticism at the NEC meeting.

The deputy minister of state security, Zizi Kodwa, is a trusted and powerful ally for Ramaphosa in a party where he does have hegemony. But Kodwa is alleged to have received funding or gifts from three patronage networks: Edwin Sodi’s Blackhead Consulting (the company at the centre of the asbestos audit scandal in which Magashule is implicated); from Bosasa’s Oupa Leshabane and EOH’s Jehan Mackay. “What is good for Ace is good for Zizi,” said an official, explaining that if Magashule is made to step aside, then his supporters will insist that Kodwa and other Ramaphosa allies do so too.

President Cyril Ramaphosa and his allies will insist that ANC Secretary-General Ace Magashule must step aside after being charged with multiple counts of corruption earlier this month.

They will come armed with a legal opinion first reported by News24, which says that because the ANC is a voluntary organisation, its members must abide by the party’s decisions and its constitution.

The ANC constitution says that the secretary-general can temporarily suspend a member for various misdemeanours that bring the party into disrepute – a corruption charge falls in the definition. Because Magashule is the central figure, the task would fall to his deputy.

“There will be a reassertion that all those charged must step aside,” said a party national executive committee member who spoke on condition of anonymity. The person predicted that the meeting, which kicks off on Sunday evening, 6 December, and will run for two days, would be “fireworks”.

President Farmaajo: We are committed to hold free, credible polls